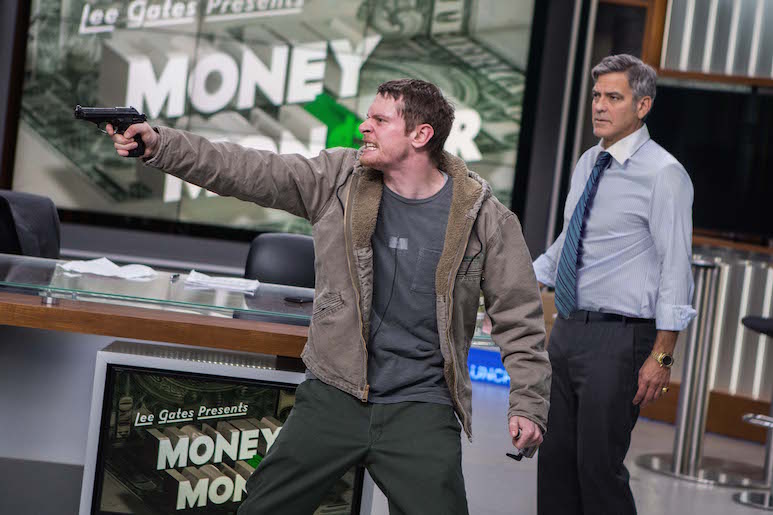 Thrillers defined mainstream Hollywood movies from the mid-’80s to the late ’90s. While they weren’t the kinds of movies that broke new A-listers on the regular, they certainly ensured that people like Michael Douglas, Richard Gere, Julia Roberts and Demi Moore remained huge. Thrillers were a cost-efficient way of bringing safe genre films to the masses — until they suddenly weren’t.

Watching Money Monster, I realized that people working as critics in the ’90s probably approached movies like Red Corner, Final Analysis or Sleeping With the Enemy with the same kind of weary pessimism that I have watching superhero movies these days. Their onslaught felt like product — and the fact that they’re rarely revisited as classics (or even camp classics) these days certainly suggest that. So why is Money Monster, a movie that could very well have popped on screens in 1996 with much of the same core cast, feel like such a breath of fresh air?

Lee Gates (George Clooney) is the clownish host of a financial talk show on the fictional FNN network. He dances around with old-man hip hop gusto and gives dubious financial advice, cynically making grand statements about which stocks to buy and which to dump. Gates is an insider himself, and rich enough not to give a shit about who he’s giving advice to.

On the eve of his director Patti (Julia Roberts) decamping to another station, Gates is supposed to interview the CEO (Dominic West) of a big financial company that just went belly-up, costing investors nearly $900-million dollars. The CEO is nowhere to be found as they’re about to go to air, but Kyle Budwell (Jack O’Connell) is; he’s one of the myriad “little people” who take Gates’s tips as gospel, and he’s out his entire life savings. Armed with a gun and a bomb vest, Kyle wants answers — live and on-air.

Take out the topical Wall Street stuff and O’Connell (you could swap him out for Edward Norton, for example) and Money Monster is straight out of 1996, seriocomic thriller fluff that purports to be about big things but is mostly about itself. There’s more than a little Inside Man, too, in the way director Jodie Foster (who starred, surprise surprise, in Inside Man) weaves the various parties working the hostage situation into a decently cohesive whole. Wall Street corruption is a pretty popular theme these days and Money Monster offers a fairly simplistic explanation of a fairly simple situation; unlike something like The Big Short, however, it’s slightly more honest about its explicative hand-holding. Both movies feature people yelling about financial investments, but only one of them has that character strapped with a bomb vest.

Money Monster is never totally nerve-wracking, partially because it also has a solid sense of humour that somewhat undermines the stakes. Clooney particularly excels at instilling this fairly obvious character (blowhard with a soft interior, if you dig far enough) with a mixture of buffoonery and gravitas that he usually reserves for the Coen brothers. While it isn’t exactly satire, the film fully embraces the idea that it will have to go to absurd lengths to make its points and that the situations in which the characters find themselves may be undeniably silly. I’m all for preposterousness in genre films, acknowledged or not. While Money Monster sometimes dips into the doofy (one producer’s narratively necessary absence is explained through his application of erection cream for “testing purposes”), the fact that it veers at least twice into something resembling slapstick is pretty impressive.

I suppose if Money Monster had come out in 1996, it would’ve been significantly more serious and somber in tone. It would’ve kept the goofy cameraman (Lenny Venito) whose catchphrase is “balls” but more people would’ve been shot and the speechifying more intense. While not outwardly silly enough to be deemed a comedy, it’s more brazenly designed to entertain more than the other political films Clooney usually hitches his wagon to. It holds no particular secrets and shouldn’t really trigger any insane realizations in audiences. It’s certainly bizarre to fork over $13.50 to be told that the great injustice of the world is that the rich get richer and the poor get poorer, but there are certainly worse ways to get obvious information. ■

Money Monster opens in theatres on Friday, May 13. Watch the trailer here: