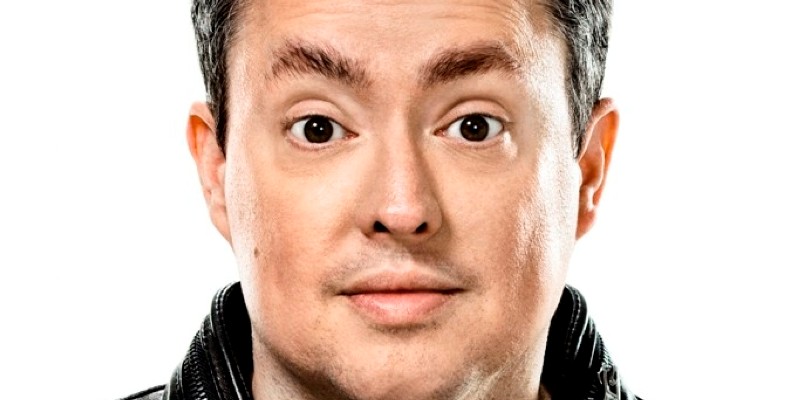 If you didn’t already know who Mike Ward was before this year, chances are you do now. One of the top draws in Quebec comedy for the last two decades, Ward gained international recognition earlier this year when a joke at the expense of Jérémy Gabriel landed him in front of the Commission des droits de la personne. But the last year has seen Ward do more than just find himself at the centre of a landmark legal case; it also saw the launch of le Bordel (a comedy club of which is a co-owner alongside several other Quebec luminaries) and the re-launch of Mike Ward Sous Écoute, a podcast taped in front of an audience at that very same club that was voted #2 Best Podcast in Cult MTL‘s Best of MTL readers poll.

(Ward managed to court controversy even between the day we spoke and the publication of this article when a meta sketch about freedom of speech he was supposed to present at comedy awards gala les Oliviers was deemed a liability by the show’s lawyers and cut out a few days before the ceremony. Ward and his co-presenter Guy Nantel boycotted the gala — where Ward wound up winning the Olivier for best comedian of 2015 and Sous écoute won the best online project of 2015. The sketch was eventually filmed on-stage at le Bordel and posted on YouTube.)

Despite the fact that Quebec has what might be the most thriving stand-up industry in the world, it has yet to capitalize on the podcasting craze that has tremendously boosted the profiles of countless American stand-ups like Marc Maron, Scott Aukerman, Joe Rogan or Chris Hardwick. While not the first comedy podcast in Quebec, Sous écoute (which is released in both audio and video formats) is arguably the first breakout success. The current iteration, which sees Ward sit down in front of an audience with two guests for up to two hours, is actually Ward’s third go-around at a podcast after an aborted Skype-based iteration in 2008 and a 20-episode English-language series titled Mike Ward Is Full of Crap.

“I started a long time ago, I can’t remember exactly but it was before Joe Rogan started his,” explains Ward. “It was a really cheap Skype conversation, and I made the mistake of reading the comments. Everyone was complaining about how low-rent and cheap it looked so I just thought ‘Fuck you, I’m done!’ Then everyone told me they missed it, so I hired a friend of mine who’s a filmmaker, I rented an apartment in Old Montreal and we made a short series. I was paying my friend to shoot it, I was paying for an apartment because I figured people wouldn’t come all the way to the South Shore where I live. I felt it was stupid to pay for all this, so we stopped. When we opened le Bordel, I came up with the idea of doing them live and charging at the door in order to pay Yan, the director. That way, nothing comes out of pocket and everyone seems happy about it!”

Ward attributes the slow start of podcasting in the Quebec comedy world to a question of semantics. “In France, they call it a podcast. In Belgium, they call it a podcast. In Quebec, we call them ‘baladodiffusions,’ which never seems to have taken off,” says Ward. “The podcast is nominated in the best web category at les Oliviers, but I’m up against things like Papa, Cours toutoune — all kinds of different things in different mediums. One of the women who was part of the committee didn’t even understand what a podcast was, and when she listened to it she didn’t understand that it wasn’t scripted like everyone else’s web projects. On top of it, this woman actually works in show business. We’ve still got a lot of fucking way to go.

“My goal with the podcast is for everyone I have on as a guest to start their own podcast,” he says. “At the end of the podcast, Yan does a little bit where he suggests other podcasts. People know 3 Bières, they know my podcast, they know, maybe, Denis Talbot’s show, but they might not even know that there’s something else out there. The thing I like about my show is it allows me to reach people who wouldn’t otherwise necessarily listen to podcasts. If people just understand that it’s like radio with total freedom, they’ll go out and find more things tailored to what they like.”

I point out that podcasts, by and large, are beneficial for everyone; that through listening to Sous écoute, I’ve discovered the voices of local comedians that I would otherwise have completely ignored when my only interaction with them is a slightly tacky metro ad that I come across every day. “There’s a guy who wrote me and said that before listening to a podcast, he had only gone to see live comedy once; since listening to the podcast, he’s gone nine times. If you see a comedian in a JFL or ComédiHa gala, it’s so chopped up and weirdly edited, it doesn’t make you want to go out and see a whole show. We’re so used to seeing Netflix specials and American stuff on YouTube that are more raw — there’s tons of talented people in Quebec, but we don’t see that reflected on TV.”

One of the recurring motifs of Sous écoute is Ward’s own alcohol consumption; the show is not only taped in front of a drinking audience in a bar, but Ward has been doubling down on shows in order to bank episodes for the summer months when he’ll be too busy to commit to them weekly. This results in Ward spending up to four hours on stage drinking, which sometimes gets out of hand as evidenced in a recent episode featuring magician Vincent C and the recently sober Christopher Williams. “I don’t rewatch the shows, but when something like that happens, I go back and watch the end and sit there and go, ‘Oh, holy shit.’ In fact, since that one, I’m a little more careful. (…) Alcohol doesn’t help, but it doesn’t really hinder either. Even when I’m completely fucked up, people see it as part of the character. Being completely plastered isn’t great — if I did every show at that level, people would just think that I’m deranged.”

“Say whatever you want, no one listens to this anyway” is a familiar adage for most podcasters; the first part is particularly true when it comes to Sous Écoute. You’d think it was also an opportunity for Ward to get into some more trouble, but so far, so good. Despite the highly mediatized court case he was involved in and the fact that he and other guests routinely make jokes that go further than the kind of stuff that usually gets in trouble, Ward has had no blowback from the podcast.

“Not a single person. I’ve been lucky as fuck,” he explains. “Now I can talk about it since the trial is over. On the last day of the trial… they’d bring back things I said in some newspaper, on some fucking radio station in Baie Saint-Paul in 2012. They knew everything but… that’s what’s cool about the fact that podcasts are still mostly unknown in Quebec. My podcast is as big as it’ll ever be while also staying under the radar; if it gets even a little bigger… On every episode there are at least eight things that, if the Journal de Montréal picked up, we’d look mean. If that happens, I’ll stop. Either I’ll stop doing the show or I’ll find another version that’s less popular.” ■