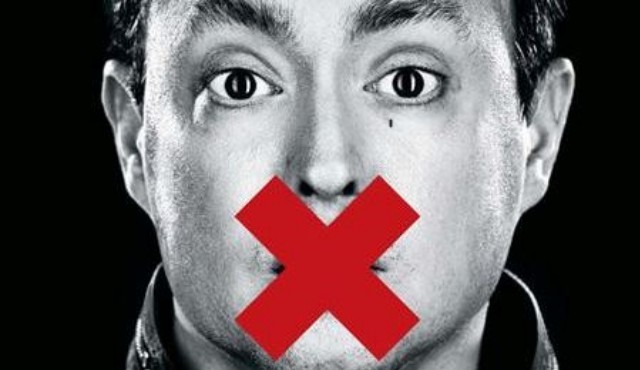 So wrote a friend of mine, commenting on the controversy over Quebec comedian Mike Ward being taken to the province’s Human Rights tribunal over a joke he made in 2012. Admittedly, Ward’s bit about Jérémy Gabriel, a kid with Treacher Collins syndrome (a genetic condition that causes facial disfigurement) who became a Quebec cause célèbre after singing for the pope, wasn’t his best work.

I preferred Ward’s sketch where he talks about a guy trying to hit on his wife at a party. But Ward — who hosts Just for Laughs’ annual Nasty Show — wasn’t taken to trial over his joke about using his penis to stir someone’s drink. He was prosecuted for making jokes that poked fun at a kid with a disability, which is a little harder to defend, as even Ward’s allies will admit.

I responded to my friend by drawing a parallel with the trials of American comic Lenny Bruce in the 1960s. My friend suggested that Ward was far removed from the talents of the legendary Bruce, but if you look at the jokes that got Bruce hauled up on obscenity charges, you’re not going to find his most insightful social commentary. No, you’ll find material about sex with chickens and a comment that “Eleanor Roosevelt has the nicest tits of any lady in office.”

I’m sure some of Bruce’s allies also found it hard to defend those gags, but they weren’t trying to defend the jokes, they were defending Bruce’s right to make them.

The content of the comedy is irrelevant. I’ve attended several Nasty Shows over the years and I can guarantee that you’re not going to be repeating many of the jokes over Sunday dinner with the in-laws. One joke Gilbert Gottfried made about his daughter last summer especially gave me the creeps, but it wasn’t substantially all that different from well-publicized comments that Donald Trump made about his own daughter. Yet no one is suggesting that Trump or Gottfried be hauled up on charges of promoting incest, and no one should be charging Ward with promoting hatred against people with disabilities. 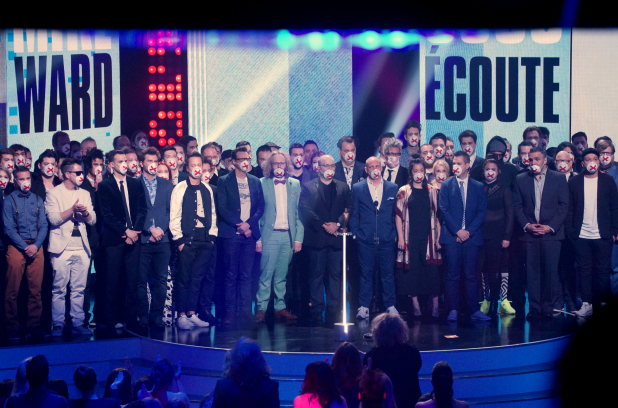 Ward was back in the news this week because of a sketch he co-wrote with fellow comedian Guy Nantel for the les Olivier comedy awards that was scrapped thanks to an overly anxious official from the comedy association’s insurance company. The insurer was worried about references in the sketch to Ward’s case at the Human Rights tribunal, prompting the comedians to complain about censorship. That snowballed into a boycott of les Olivier by Ward and Nantel and an on-stage protest during the Radio-Canada broadcast of the awards by dozens of prominent Quebec comedy figures wearing surgical masks with red Xs covering their mouths.

That provoked a wave of support, but also a predictable backlash against the comedians, some of which consisted of either a) unsubstantiated suppositions that comedians didn’t care about anyone’s free speech but their own or b) conflating the defence of free speech with a defence of the content of that speech.

The Ward/Nantel protest wasn’t, as some people describe it, a couple of spoiled comics whining about not being able to say anything they like on the airwaves of our public broadcaster. It was about the creation of a culture where the fear of controversy doesn’t just muzzle expression, it can sometimes strangle it mid-sentence. Happily, the end result in this case was that the Ward/Nantel sketch was replaced by an even more stinging (and much funnier) satire from gala host François Morency (which you can see here).

Radio-Canada and the Association des professionnels de l’industrie de l’humour didn’t try to run from the controversy, they stepped right into it and the result was a much better reflection on the nature of art, censorship and free speech.

Comedy has been in the vanguard of free speech since long before the days of court jesters. Satire was the weapon of choice in eras where direct criticism of the reigning tyrants would quickly get you stuck in a dungeon or hung from a gibbet. In 30 seconds it can skewer an argument more effectively than a two-hour speech. It’s no coincidence that comedians like Jon Stewart and Stephen Colbert have done more (thankfully) to promote political awareness in the United States than all the pundit panels of Fox News combined, or that Rick Mercer reaches more people with his Rant than Rex Murphy with his Curmudgeon Checkup.

The path to biting-edge comedy is often paved with jokes that should probably never make it to the stage, but that’s an integral part of the comedic creative process. It’s better the jokes die there than on the floor of a courtroom or an insurance office. ■

See our recent interview with Mike Ward, about his Olivier-winning podcast, here.

See last week’s Quebec Ink, also on the topic of comedy and freedom of speech (via French comic Dieudonné), here.