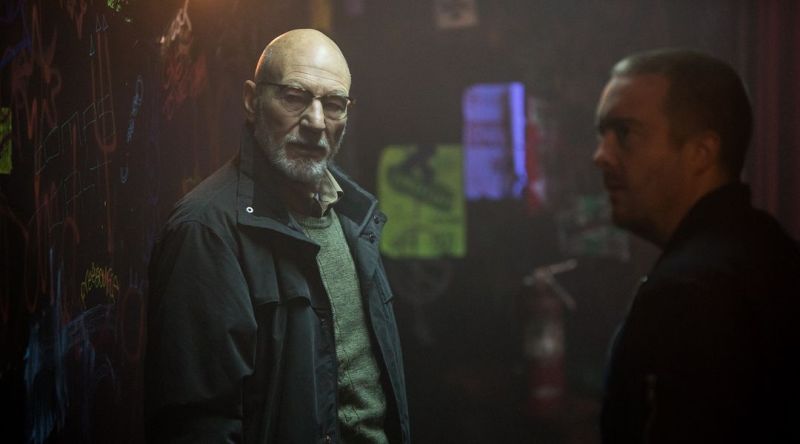 Like most people, I tend to think that my favourite movie already exists. I may not have seen it yet, but my general experiences in cinema tend to point towards the past holding more treasures than the future. That’s a belief that I’ve held on to for the last 15 years or so, until an 8:45 a.m. TIFF press and industry screening of Jeremy Saulnier’s Green Room — roughly 30 minutes in, I was convinced that I was seeing one of my favourite movies ever.

I’ve seen Green Room once more since then and, while I can’t fully commit to any GOAT rankings just yet (these things take time to settle, generally, and tend to be a fool’s errand in the first place), I can safely say that few movies seem so expressly crafted to trigger my pleasure zones. It might seem disingenuous and faux-edgy to claim that a film as brutal as this one is pleasurable, but the fact is that Saulnier has genuinely raised the bar on a certain kind of intensity.

The Ain’t Rights (Anton Yelchin, Alia Shawkat, Joe Cole, Callum Turner) are a touring DIY punk band in the sense that they’re currently on tour, but said tour is a complete disaster. Broke, hungry, siphoning gas to get from town to town, they accept a dodgy gig from a friend: they’re to play a remote bunker compound peopled by unsavoury skinhead and white-power types. While not their preferred audience, it’s a paying gig that’ll get them home. 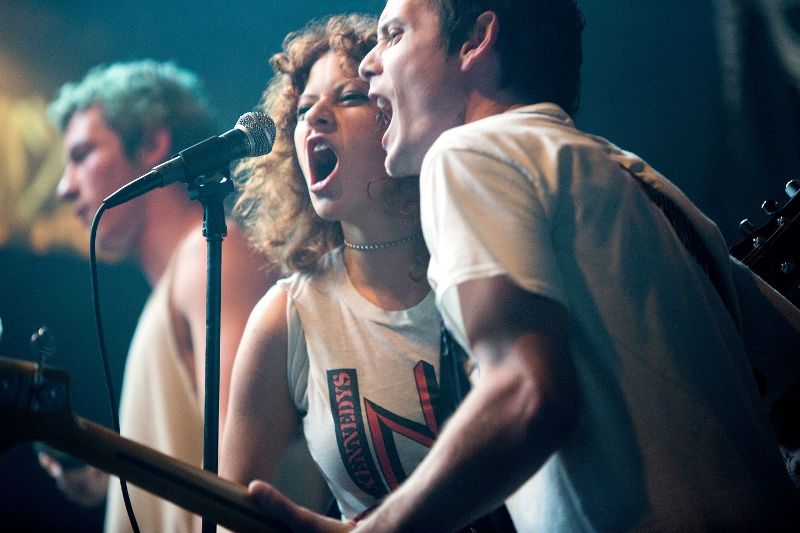 The show goes off about as well as it could considering they open with the Dead Kennedys song “Nazi Punks Fuck Off.” The real problem comes at load-out, when one of the members returns to the green room to pick up his forgotten cell phone and finds a dead woman with a knife in her head, her terrified friend (Imogen Poots) and some crafty fascists (Mark Webber, Macon Blair and a terrifyingly business-minded Patrick Stewart) in full damage-control mode.

What that triggers is one of the most intense, bloody, straight-up terrifying pressure cooker thrillers ever made. Sitting somewhere between a slasher, a home invasion film, a home escape film and a brutally protracted action movie (where any and all attempts at heroism are met with horrifyingly meaty, tragic results), Green Room is the rare breed of genre film that’s absolutely all-killer, no-filler. 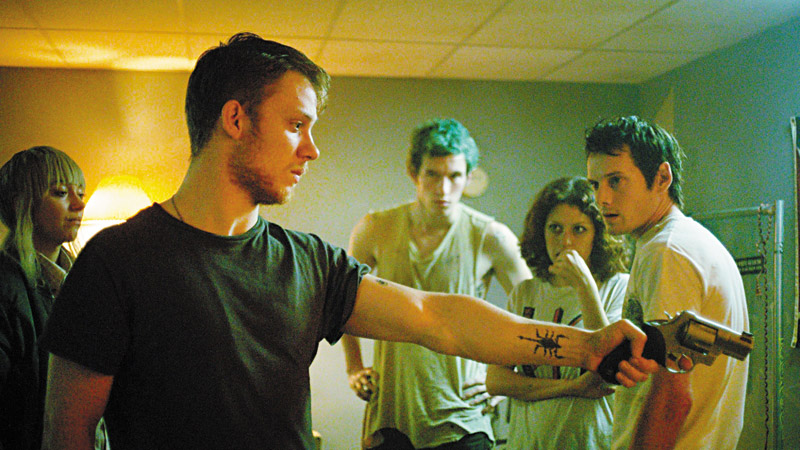 That’s certainly thanks to Saulnier’s mastery of storytelling economy; part of the reason Green Room works so well is that it doesn’t waste a drop of exposition needlessly. Not much is explained about the characters, the skinhead power structure or really anything that you don’t need to know at that very moment. Loose ends are tied up subtly, though this is the kind of film so harsh and exacting that there will be very few loose ends left anyway. Few genre films put this much trust in their audiences to fill in the gaps and understand the things that are left unsaid. Saulnier doesn’t even skirt clichés that much, either; instead, he crafts a film pitched at such a high intensity that audiences are conditioned early on to expect anything.

When I walked out of that early-morning screening in Toronto, my knees were shaking. I felt certain that this was a one-of-a-kind experience — as a seasoned genre fan and habitual Fantasia binger, I’d never walked out of a film so intense that I was physically shaken. I figured this could not be replicated — and yet, the same thing happened when I saw the film at FNC. I don’t know what else to say about Green Room. It’ll fuck you up (hopefully) and you’ll love it. ■

Green Room opens in theatres on Friday, May 6. Watch the trailer here: