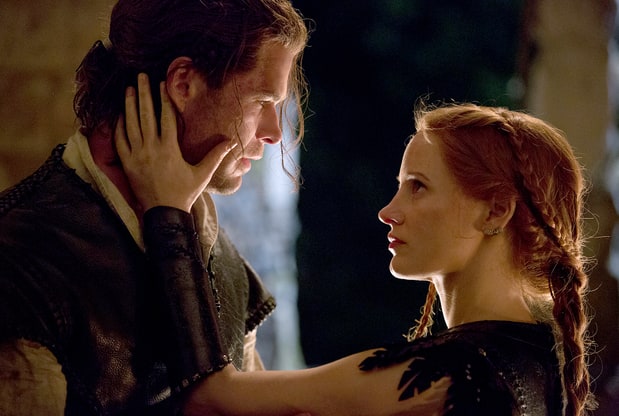 I would guess that I watch more movies than the average person, though not necessarily as many as most people who do this for a living or even most hardcore cinephiles. What I do know is that I remember seeing Snow White and the Huntsman; I know that I’ve seen it, I know who I was with when I saw it, but I don’t remember anything about it that can’t be gleaned from looking at the poster. It’s a majorly forgettable film that has nonetheless retained some sort of legacy for two reasons: it made a surprisingly huge amount of money, and it was dogged with controversy after it was revealed that its female lead and director (Kristen Stewart and Rupert Sanders) had on-set canoodles that led to the break-up of the director’s marriage.

Gossip rag shenanigans don’t often factor very strongly into the creation of sequels, but the purse-string tighteners were faced with a very singular problem: making a sequel to a film where they could not use the titular character and had not, as you usually do, prepared for that outcome with a vague cliffhanger at the end of the first one. The inelegant solution? Doubling down on A-list female leads and taking the movie through some of the most awkward narrative acrobatics in recent memory in order to reroute the plot and make The Huntsman: Winter’s War both a prequel and a sequel to Snow White and the Huntsman. 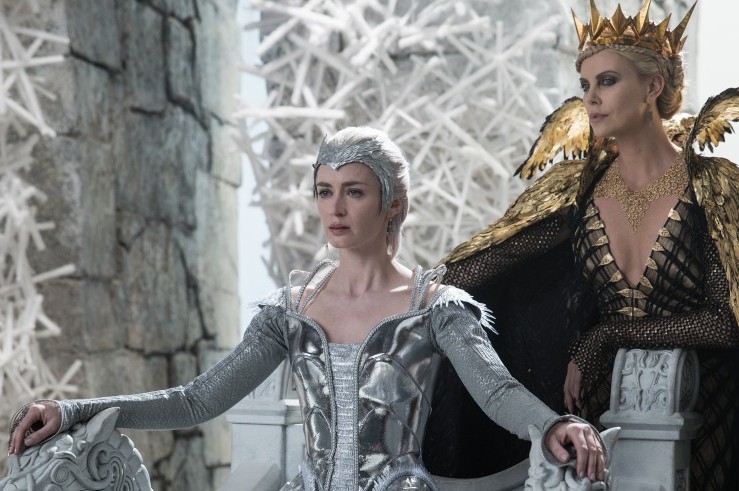 Before the evil queen Ravenna (Charlize Theron) was defeated by Snow White and the Huntsman in the first film, she lived with her sister Freya (Emily Blunt) in a kingdom where they weren’t super-evil queens (although Ravenna poisoned the king during a game of chess to get where she is, so it’s all relative). Freya has an illicit relationship with the already-married Duke of something-or-other, out of which a daughter is born. When the Duke leaves his wife and comes to Freya, he kills the child and is subsequently killed by Freya, for whom the heartbreak of losing a child has resulted in super ice powers (?!). Convinced that love is an illusion, Freya starts pillaging villages and kidnapping children in order to build an army. That’s how Eric becomes the Huntsman (Chris Hemsworth) and his fellow kidnapped child soldier Sarah becomes Jessica Chastain, his low-key under-the-radar wife. When Freya discovers that love grows when in fact it is an illusion, she murders Sarah before the Huntsman’s very eyes and exiles him.

After this endless bit of “oh, and I forgot to tell you that” nonsense is over, we flash forward seven years, past the events of the first film. The Huntsman is tracked down by Nion (Nick Frost), a dwarf pal from the first movie, and his newfound half-brother Griff (Rob Brydon of The Trip fame). They’ve been tasked with finding the Huntsman and asking him for help; the mirror that Snow White inherited from Ravenna has been taken, and only the Huntsman can track it down and return it to its rightful owner. Oh, and also, Sarah isn’t dead after all — and Ravenna’s kind of dead, but not really. Alive enough to be on the poster, let’s say.

Suffice to say that this is a lot of words and backpedaling nonsense for a movie that otherwise essentially plays like a pretty simple fantasy quest (get the thing, bring back the thing, make sure the bad guy is no longer bad). It’s difficult to fault the filmmakers for finding this solution to an otherwise pretty unworkable situation, but all of the path-straightening and exposure spew is tedious and unnecessary at best. It doesn’t really add any narrative richness to the proceedings to go through this whole circuitous prequel-into-sequel business. It only serves to flesh out a character that spends the rest of the movie as a cartoonish evil witch spitting ice from her fingertips. 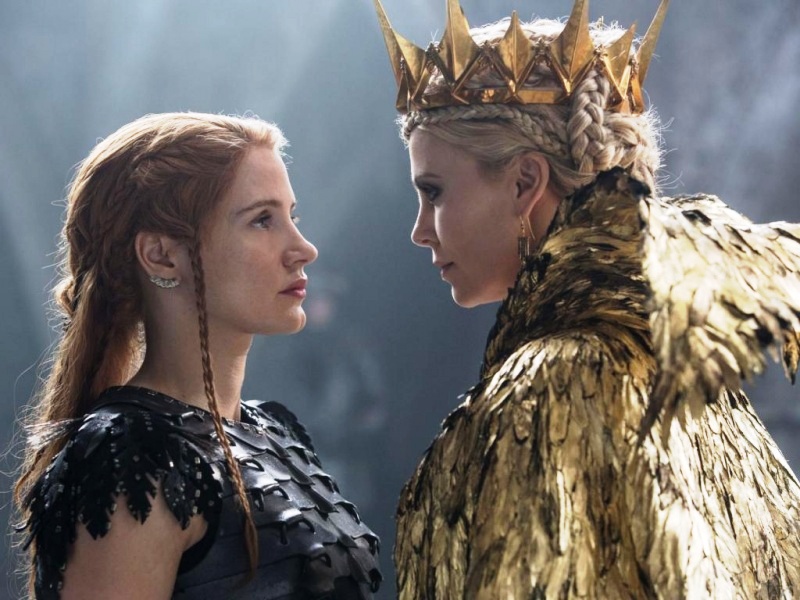 It’s all very clean and bright and easy to follow, mind you. In the landscape littered with mud-spattered fantasy movies, that’s not always a given. The world of the film is impressively realized and director Cedric Nicolas-Troyan (a visual effects supervisor on the first one making his debut here) keeps things moving relatively swiftly considering the film continually pauses to explain more useless shit. Hemsworth’s grasp on charisma is improving, and the otherwise overqualified cast does their best with the material, though no one seems to be having as much fun with this silliness as they should.

When it comes down to it, The Huntsman: Winter’s War is functionally okay as a giant tent-pole sequel to a film no one remembers. It’s certainly a damn sight better than this year’s other entry in the genre, London Has Fallen. But as it progresses and slogs through its own convoluted attempts at world-building, it feels less and less worth it and more and more like taking your medicine. Big stupid blockbusters based on fairy tales shouldn’t feel this much like work. ■