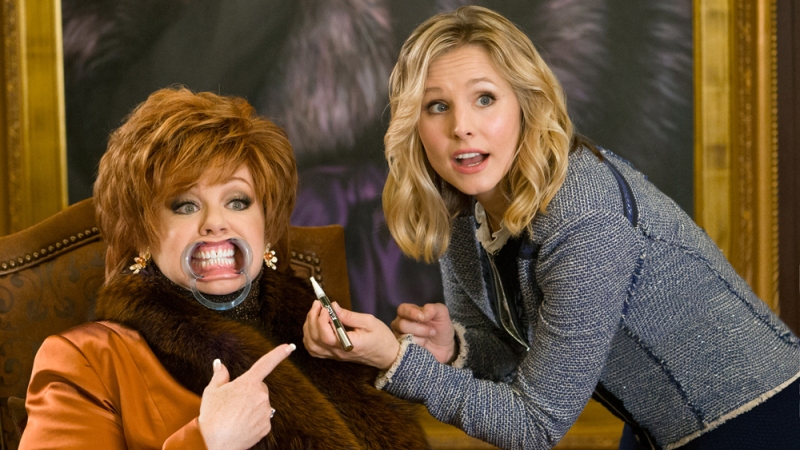 Ever since her career breakthrough performance in Bridesmaids, Melissa McCarthy has become a household name. Even her flops have been crowd pleasers — her star status closer to those of her male counterparts like Will Ferrell (who, incidentally, has a producer credit for The Boss) or Adam Sandler, than, say, Tina Fey or Amy Poehler. McCarthy is talented, genuinely funny and I would much rather go see her movies than Sandler’s simplistic, pee-and-poo comedies. But her appeal alone can’t salvage a very generic flick like The Boss, directed by husband and co-star Ben Falcone (Tammy, Bridesmaids).

Uneven but still occasionally enjoyable, the movie tells the story of Martha Stewart-esque business tycoon Michelle Darnell, who is sent to prison for insider trading. Upon her release, she crashes on her former assistant Claire’s couch (Kristen Bell, in another one-dimensional performance) and desperately begins trying to rebrand herself. That is, until lightning strikes and she decides to start a girl scout cookies company, inspired by Claire’s daughter Rachel.

The first half of the film is actually full of hilarious moments and a lot of physical comedy, which McCarthy excels at. Watching her newly formed girl scouts group (dressed like tiny communists with red hats) as they start a fight with their rivals is probably the highlight of the movie. But once the business takes off and Michelle, who’s never really had a family in her life, begins to get closer to Claire and her daughter, The Boss makes a typical turn into a generic comedy about a selfish plutocrat who’s actually a nice person. “You’re such a cliché. You get close to people and then you just push them away,” says Claire – prophetic words that apply to the movie as well. 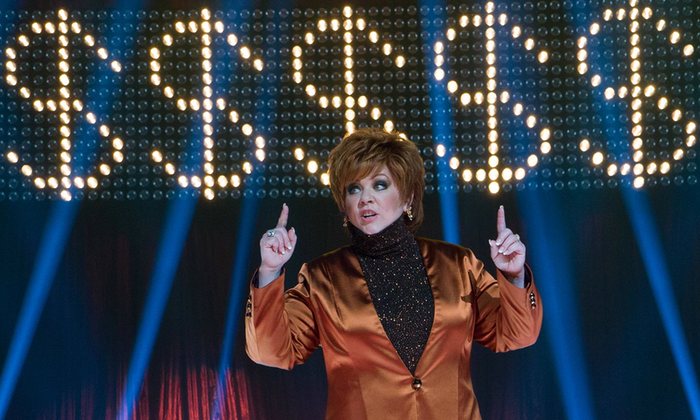 McCarthy’s comedic genius is only matched by that of her co-star Peter Dinklage, who plays Renault (formerly known as “Ronald”), Darnell’s rival mogul and ex-boyfriend. Watching the two sword-fight is one of the rare salvageable moments in The Boss.

A special mention must be made about the choice of make-up and costumes in this movie. It is almost painful to watch McCarthy dressed in turtlenecks so high they put Diane Keaton’s signature style to shame. It looks more like the actress was forced to wear a neck brace than an actual piece of garment and it made me wonder whether she had an injury prior to shooting that they tried to hide (my research on the matter was unsuccessful). Add to that a reddish hairdo and self-tanner quantities reminiscent of Donald Trump, which is appropriate enough given that one of her sources of wealth is money-making seminars peppered with self-aggrandizing anecdotes and straight-up braggadocio.

Overall, The Boss is a missed opportunity. It attempts to evoke the comedies of Paul Feig and Adam McKay by combining a killer female lead and social consciousness about our obsession with money, but ultimately falls flat trying to juggle both. By the end, we forget how unlikeable this character really is (she is actually attempting to make money off of girl scouts) because we’re distracted by her “human” side.  The movie is all about McCarthy, but if you want to see her in something that actually does her talent justice, I suggest Spy instead. ■

The Boss opens in theatres on Friday, April 8. Watch the trailer here: