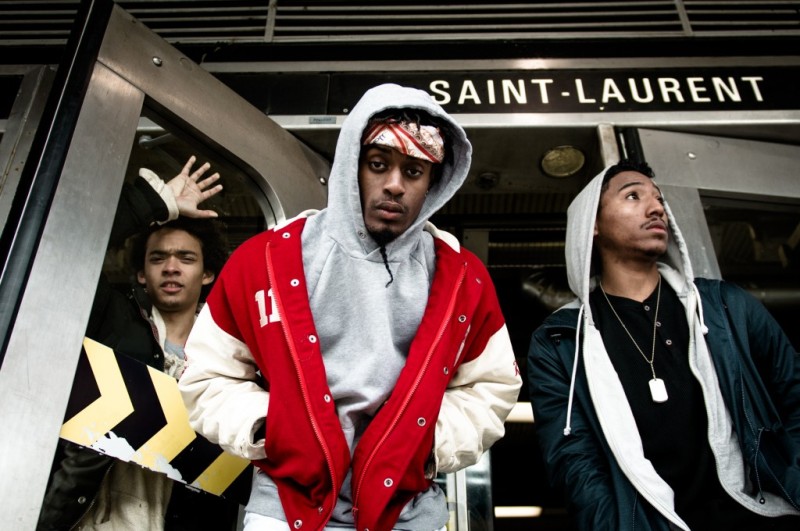 With so many local bands launching records this season, music videos are coming fast. Here’s this month’s collection of the very best:

A new video for this Tae Beast-produced track from 2013 catches rapper Full Course at his other job, as a bouncer at St-Laurent Blvd. clubs. Get a glimpse at the underbelly of local nightlife here:

Director Vinoth Varatharajan is behind this latest video by rap crew Posterz, for a track off their Junga EP.

Check out the video for the first single from Thin Blue Line‘s debut album News From What We Once Thought (launching at le Ritz on May 4), directed by Toby Andris, with band footage by Jonathan Durand.

Fellow Montreal band Yardlets directed the good-time shenanigans in this video by Pale Lips, who will be releasing their debut album Wanna Be Bad this summer.

Open your ears to the angularity of Notta Comet via this video by Max Taeuschel (who’s previously directed videos by Ought and Look Vibrant) for a track off their Embankments EP, released earlier this year. The band will be playing a show on May 28 (venue TBD), but for now:

The latest video from the experimental electro-rock band’s upcoming album was released as a Virtual Reality game app, for iPhone and Android users, as programmed by Jake Clover. Hold/Still is out on Secretly Canadian on April 15, and they’re launching the record with a hometown show at the Fairmount on April 20. Whether or not you download the app, you can peep the video, directed by Suuns keyboardist Max Henry, right here: