Few Hollywood directors are as productive as Jean-Marc Vallée. Where logic dictates that nothing happens quickly in Tinseltown, Vallée has averaged a film a year since his American breakthrough Dallas Buyers Club.

His latest film, Demolition, stars Jake Gyllenhaal as an investment banker whose seemingly perfect life begins to unravel after the death of his wife in a car accident. Disillusioned and despondent, he begins a tentative relationship with a customer service rep (Naomi Watts) after a hospital vending machine neglects to give him the candy bar he pays for. As he continues to unravel, he becomes taken with the idea of destruction (both literal and metaphorical) of the life he no longer leads. 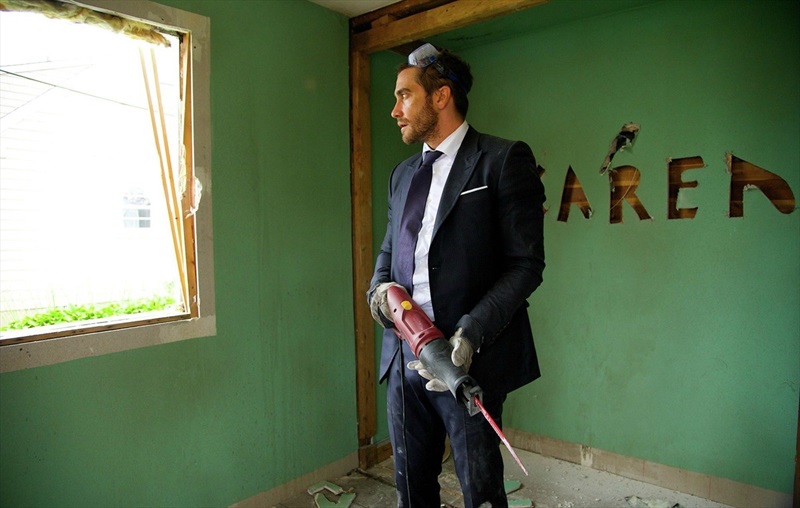 “After Demolition, I told myself: I can’t do this anymore, I have to stop,” explains Vallée, who’s currently in California shooting Big Little Lies, an upcoming HBO miniseries starring Nicole Kidman and Reese Witherspoon (so he hasn’t taken his own advice just yet). “It took me out of my comfort zone to make a movie a year like that. I’d gotten used to a movie every three or four years, but now it looks like I’m in my new comfort zone! I created a new working rhythm for myself and when it works, it works! At the moment, it’s going great. I feel great both professionally and personally.”

Demolition marks Vallée’s third (Big Little Lies is the fourth) collaboration with Montreal-based cinematographer Yves Bélanger, who just took home a Canadian Screen Award for his work on Brooklyn. “After three films and a TV series? I think we’re about due for a break!” Vallée laughs. “We spend a lot of time together. He’s a fast talker, he’s full of energy, he’s a beautiful person, a beautiful mind who thinks faster than he talks — and he talks pretty fast! It’s always fascinating to watch him work, especially to watch him accept a challenge like this one, where he doesn’t light anything or reflect anything and works entirely with natural light. If we’re inside, there are no giant cinema lights, only the lights that are present on set. (…) There aren’t many people who would accept something like this, to work almost in a documentary fashion.”

Demolition shares more than a few themes with Vallée’s previous film, Wild — namely the exploration of grief and the death of loved ones. According to Vallée, this was purely coincidental. “I was actually supposed to do Demolition before Wild,” he explains. “I react to stories. When I read the script for Demolition, it was the story that I liked. It was the story that made me want to make the movie. It wasn’t really specifically because it was about grief, but then, whoops, Wild comes into the picture. It’s a movie that pays tribute to women, pays tribute to mothers — I had just lost my mother — so I jumped on that occasion to pay homage to her. It’s true that Demolition also reflects on death and grief, but it’s mostly a film that celebrates life and love.”

“It was a long process,” he continues. “Demolition is a very original, very particular film. It’s a pretty singular cinematic proposition. It’s not easy to produce, it’s not easy to cast and before meeting with Jake… We met with all kinds of actors, all at once and Jake answered the call. It’s a character that scared a lot of people. The script was on the Black List (the yearly list of the best unproduced screenplays kicking around Hollywood). (…) It took a long time to get made, so I’m really happy to finally get it out.”

The character of Davis Mitchell represents one of the plethora of courageous moves made by Gyllenhaal in recent years. Once on the road to beefcake stardom, Gyllenhaal bifurcated sharply somewhere along the line and now does some of the most interesting acting work of the A-list. “He’s not afraid of challenges and Davis Mitchell represented one,” explains Vallée. “This guy who feels nothing, and reacts to nothing, not even the death of his wife… I think it scared a lot of people, but it didn’t scare Jake. He knew he had to be completely poker-faced for the first 20, 30 minutes of the film, but that it was a character with lots of substance and depth. I like seeing his kind of take on life, the way he says ‘fuck off’ to society and the system.” ■

Demolition opens in theatres on April 8. Watch the trailer here: