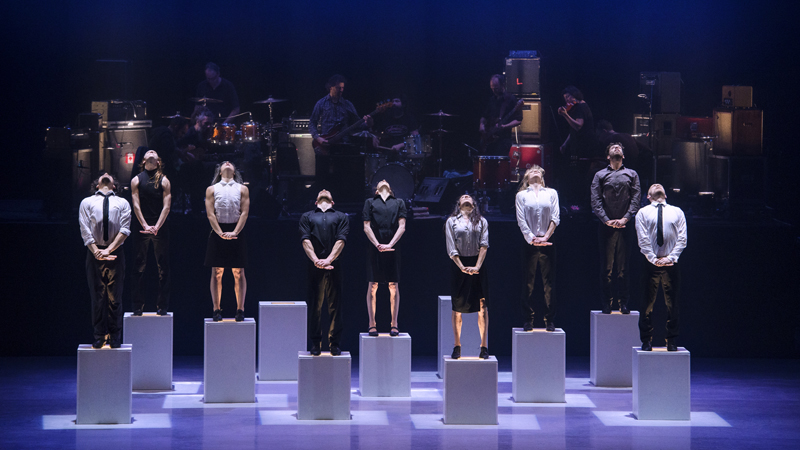 Back in 2005, Montreal’s post-rock pillars Godspeed You! Black Emperor teamed up with Vancouver-based dance company The Holy Body Tattoo to create the collaborative performance piece Monumental, a work that deals with the unrelenting pace of modern city life. Now, the since-dissolved dance troupe has regrouped for a special series of performances of the work, including two shows this week at Place des Arts. Ahead of tonight’s opening night, we sat down with The Holy Body Tattoo choreographer Dana Gingras To learn more about the performance.

James Oscar: I have often gotten the impression when listening to Godspeed You! Black Emperor’s music that there is no where to go further artistically, like they have completed the total possible artistic horizon in what we are listening to.  How does Holy Body Tattoo complement or add to what often feels like a total universe of ideas and emotions?

Dana Gingras: I find the music has an emotional intensity that complements the punishing physicality that audiences had come to expect from us. The scale of their music fits the scale of this work.

JO: What is the work process with GY!BE’s music?

DG: The music follows a choreographic arc that was established previously. Having the band in the room with the dancers however, creates new possibilities and happy accidents that breathes new life into the performance. The way we rehearse a choreography is very different than the way the band normally practices. With dance we repeat a lot and there is a kind of rigour there that was new to the band. 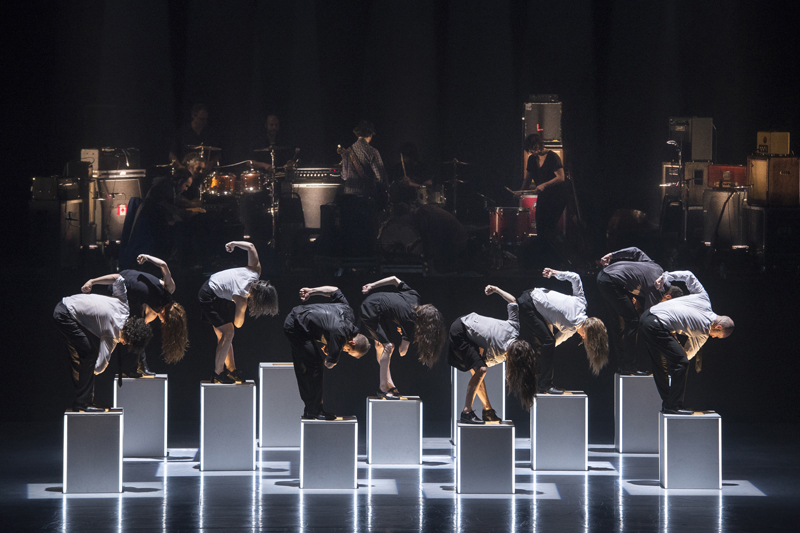 JO: Can you speak about the dark aspects of the east end of Vancouver and Holy Body Tattoo’s beginnings there and the convergence with Godspeed’s ideas and music?

DG: A field recording of a woman that sang hymns outside of the Woodward’s building that is on the East Hastings track on Godspeed’s f♯ a ♯ ∞ was the point of convergence, as we often heard her while we rehearsed. This recording was part of the 2005 version of this performance,  Monumental. We have a new beginning to the show now.

JO: You have said in an interview that “There’s the underlying anxiety that something is not right—which is what I think is what Monumental taps into, and a sense that nothing has changed.”  I believe that one thing has changed since the 90s when HBT began. We know more than ever in history about what is wrong. And now, there is the sense that we are all complicit, all implicated, that we cannot divorce ourselves from the problem.

Listening to Godspeed’s song Mladic, the music might give the feeling that not only are we part of the system and part of  the melting iceberg, but also that its melting is embedded in us, and also that we now see how we have melted it. Adelaide Review says of one part of Monumental, “Each dancer dressed in restrictive black and white corporate-wear.” Posing the corporate machine on stage working through something might suggest HBT is addressing this new sense of complicity. Does HBT and this performance follow, add to or complement Godspeed’s usual creation of a soundscape that implies and suggests our complicity?

DG: Performing a work that is live in front of a paying audience implies complicity. 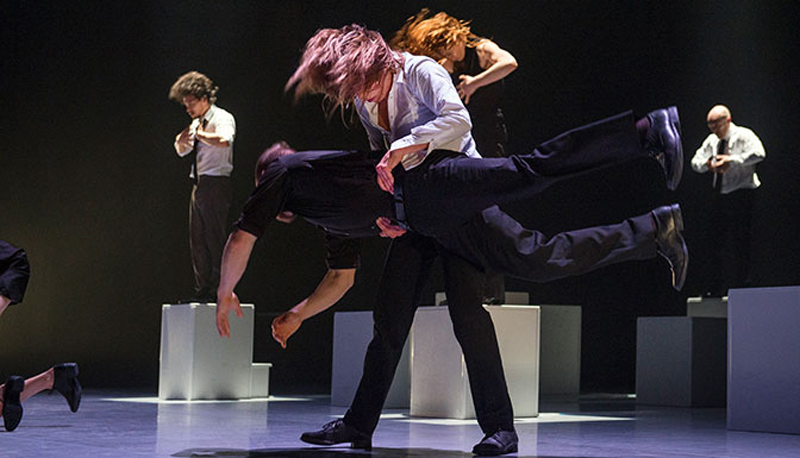 JO: Could Monumental situate itself in the realm of a kind of Western catharsis at this point in history? A Western catharsis that addresses first the privileges we have lived and how it might all be linked to our complicity in many of the present unresolved issues that challenge our time?

DG: The work is about the body first and foremost. As a choreographer I am grateful for the serious level of risk the dancers are willing to take in the piece. Catharsis? I’m more interested in minutia of the way life-in-the-world expresses itself through every day movement. What’s monumental, is there. The audience will project on the work what they bring to it, and the work will project onto the audience what it does.

JO: Holy Body Tattoo is such an evocative name. What is at the origin of this name and its meaning?

DG: The name came from the idea that powerful experiences mark you. Like tattoos, they stay with you. We make work from these experiences. ■