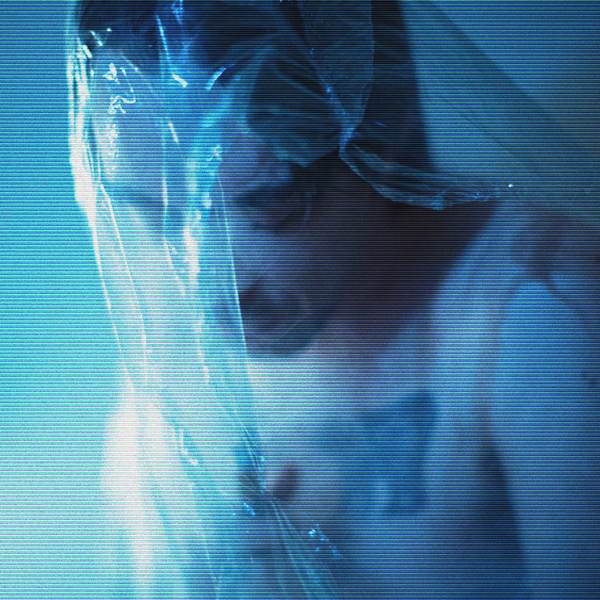 “I’m really happy,” says Dan Boeckner, reflecting on the debut LP by his latest band, Operators. “This is the album that I really wanted to make — maybe this sounds weird but this is the direction I wanted Handsome Furs to take before it imploded. I felt like I was kind of hamstrung by the limitations of that band, and with Operators it’s pretty open-ended. I feel like I can basically do whatever the fuck I want.”

Handsome Furs was the duo Boeckner formed with his then-wife Alexei Perry in 2006. Over six years (between tours with his primary band, Wolf Parade), they released three electro-rock albums, drawing inspiration from European, Eastern European and Asian club culture. Like Operators, the music had an urgency and danceability, and Boeckner’s distinctive voice and guitar work.

But since 2014, Boeckner and his Operators bandmates — synth-player/keyboardist Devojka, drummer Sam Brown and bassist Dustin Hawthorne — have taken the synth/rock equation to another level, evoking classic post-punk and dark wave sounds and infusing the beats with a more contemporary energy.

According to Boeckner, the Operators aesthetic was well reflected by a venue they recently played in Ste-Thérèse, during a tour of small towns in Quebec and Ontario.

“It was fun as hell,” he says. “It was this crazy little bar that was probably a disco — like a real serious hard drinking bar that also has a dancefloor with original flooring and a lighting rig from back in the ’70s. So it was kind of perfect ’cause a lot of the music on the LP is really rooted in that intersection of late ’70s glam rock and weirdo German synth stuff and punk. I wish we could’ve recorded in a space like that.”

The actual site of Operators’ recording couldn’t have been more different. Whereas their 2014 debut EP was made at Montreal’s Hotel 2 Tango with Howard Bilerman, Blue Wave was made in a barn near Binbrook, in Ontario’s Niagara region. It was produced by Holy Fuck’s Graham Walsh, who’s known Boeckner since his band opened for Wolf Parade on tour over a decade ago.

“A lot of it was sonically collaborative — his footprint is on that record. I had a really specific vision for how I wanted it to sound and I knew that Graham was the guy who was gonna make it happen,” Boeckner says, noting that he hired Walsh on the strength of the work he’d done with Winnipeg band Viet Cong.

“He’s pretty fearless with making things noisy or just kind of warped-sounding. He just processed everything as it was happening, as we were recording, like mangled keyboard parts — he and Dev worked to get some pretty crazy sounds, and (he helped achieve) aesthetic consistency for all of the songs.” 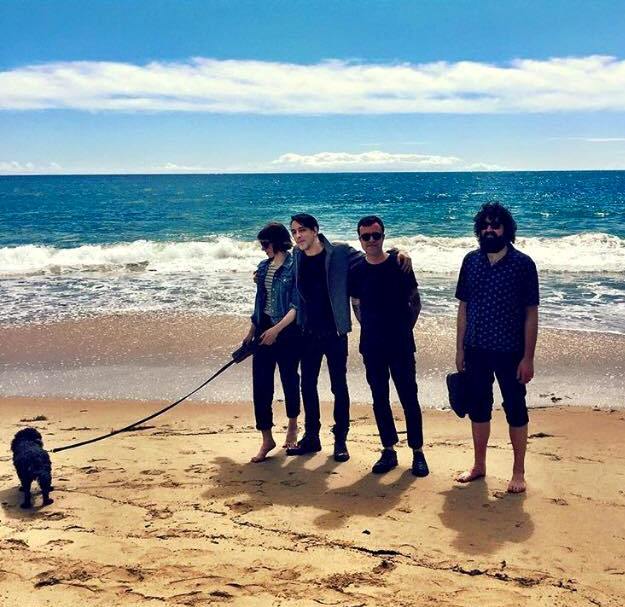 Operators played one of their earliest shows at Montreal’s Il Motore nearly two years ago, returning to the same spot (now called Bar le Ritz PDB) to play a New Year’s Eve party last December. In between, they stopped in at Metropolis to open for Future Islands, who they toured with fairly expensively, becoming a slightly different band in the process.

“It’s become heavier and also less reliant on drum machines and sequenced stuff,” Boeckner explains. “The sequences are more integrated into the new material. And now that we have bass… there’s a lot of guitar in general — I’m playing guitar on almost every song. We’ve kind of settled into what the band sounds like and become a pretty heavy live unit.”

If Dustin Hawthorne isn’t a familiar name, you may know him as the bassist for a certain Canadian buzz band from the early aughts.

“Dustin was in Hot Hot Heat for years,” Boeckner says. “I’ve known Dustin since I was in my late teens. He grew up in Victoria and he was in a whole bunch of really great hardcore bands and punk bands until he started Hot Hot Heat with Steve and Paul. What’s weird is that Dante (DeCaro) was the original guitar player for Hot Hot Heat on their first two records, and he’s been in Wolf Parade since 2005.

“When I was younger I had kind of an antagonistic relationship with that band. I was like ‘Ah, they’re a pop band wearing ladies’ jeans and frouffy fucking haircuts’ and whatever, ’cause I was an asshole. I was 20s-something and had a scuzzy punk band and I was like, ‘Fuck these guys!’ Dustin and I actually have been at odds with each other years and years ago, so it’s funny that now the two bands that I’m in have half of Hot Hot Heat in them.”

When I reached Boeckner by phone in mid-March, he was in Kelowna, B.C., not too far from his hometown of Cowichan Lake. “I spent most of my teenage years just dreaming of the day I could escape this place. That was my mission in life: just get the fuck off [Vancouver] Island — flee.”

Ironically, it was Wolf Parade that brought Boeckner back to the West Coast, where he flew from Montreal after a recent Operators tour — back in the early aughts, Wolf Parade took the reverse route to make their name as a Montreal band. Now that they’ve reformed, following five years of dormancy, the band reconvened on the island, where they all live again — all except Boeckner, who resides stateside in San Diego, when he’s not touring or recording.

Vancouver Island, and Victoria in particular, is famous for being a hotbed of punk, indie and “alternative” bands, made up of isolated musicians with little else to do.

“That’s the scene that kind of birthed Wolf Parade. There’s a third or fourth wave going on right now and the bands are really good, but it’s still difficult to get out of here. You have to drop $200 to get over on the ferry and back, and your reward is playing Vancouver, which is in the toilet for small venues.

“It’s weird ’cause it feels like it’s close to everything but it really isn’t. It is isolated, and it’s expensive to live here, too. The one industry that this island ran on [lumber] was privatized back in the ’90s and a lot if people transitioned into working at Fort MacMurray, but that’s fucked now that oil is $30 a barrel.

“When I was flying out here to start rehearsals, I flew from Montreal to Calgary and Calgary has a direct flight to Nanaimo because of Fort Mac, to get people home on the weekends or whatever. The entire plane was filled with people who had just been laid off and were super wasted. It was what I imagine the end of the Gold Rush was like: people just packing their stuff into a fucking bindle on a stick, like ‘Well I guess that’s over.”

Boeckner says there’s a marked contrast between towns like Hamilton, where he recently played with Operators, and the likes of Kelowna.

“There’s hope out there (in Ontario),” he says, “but on the West Coast everything is so tied up in forestry and oil and all the money is in the hands of our parents’ generation, who essentially cashed out at the best possible time and left an economic holocaust for everybody else to deal with. There’s the dichotomy of going to an organic market where you can buy locally grown potatoes that are like $3.50 each or driving 20 kilometres to the Canadian Superstore so you can feed your family garbage super cheap. There’s no middle class on the island; it’s just rich boomers and younger people who are trying to stay afloat. That is the culture I’ve been immersed in for the past week.”

Relative to the big picture, things inside the Wolf Parade camp are alright. “I’m in the middle of a week-long rehearsal with these guys, and it’s great! They’ve been going well. Everybody’s been learning all these songs that we haven’t played in years. We’re going to play a bunch of stuff that we haven’t played for seven or eight years, like stuff from Apologies that we just phased out, kind of deep cuts. We’ve got these residency shows coming up and I want to make them special for people. We’re not gonna go out and play the same set we were playing in 2010, or just play Apologies and a couple songs off Mount Zoomer. We wanna play a different show every night, basically.

“It’s kind of funny, time travel,” he adds. “There’s some guitar stuff that I wrote (for Wolf Parade) and it’s like, ‘Why did I think that was any good?’ But whatever.”

The reunited band will play Montreal during the Osheaga festival on July 29, from the same site where one of their songs (“k”) rang out in 2014, as covered by Wolf Parade’s old buddies Arcade Fire, during that band’s biggest Montreal show ever. But this Wolf Parade reunion isn’t just a live comeback.

“We recorded a bunch of new stuff that is gonna come out in one format or another, hopefully soon,” Boeckner says. “I can’t talk too much about it, but I’m pretty stoked to play those live, too. It’s pretty cool to go out and have six new songs to play.”

Boeckner’s OTHER project, Divine Fits (with Spoon frontman Britt Daniel and Operators drummer Sam Brown), is also due to make a follow-up to their 2013 record A Thing Called Divine Fits.

“Britt’s making another Spoon record right now and Wolf Parade has kinda swallowed up a lot of time — we didn’t realize how many shows people would want from Wolf Parade reforming, so I think we’ll end up writing Divine Fits this year and recording next year,” Boeckner says.

“I love that band,” he adds. “I get a different thing out of every band: with Wolf Parade, I get to shred half of the time and then play, like, prog epics; with Operators I get to do a Bowie/Ian Curtis impression and with Divine Fits I feel like I’m in AC/DC. I’m just living out my teenage fantasy from when I used to play records and sing at myself in the mirror, lip-synching along with all that shit.” ■

Operators‘ album Blue Wave is out on Last Gang now.