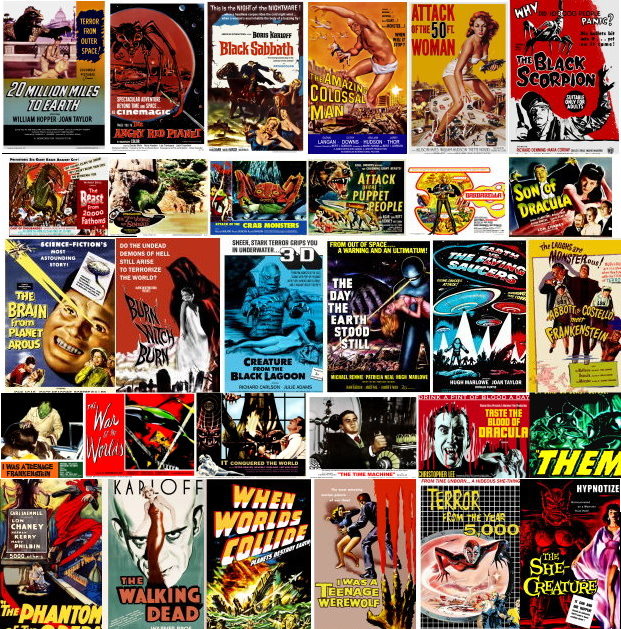 Record collectors have record fairs, craft aficionados have events like Puces POP and movie buffs have Ciné-Bazar. Organized by Mediafilm, this long-running movie memorabilia fair has something to offer every kind of film fan, from bargain-priced DVDs to white-whale exploitation movie posters. Last year, we spoke with Mediafilm’s editor-in-chief, Martin Bilodeau, about the fair; you can read our interview with him here. This year, we spoke to Philippe Spurrell, founder and director of le Cinéclub / the Film Society and one of the many vendors at the bazaar this year.

Alex Rose: Can you tell me a little bit about your experience at CinéBazar? How long have you been participating and what do you typically sell?

Philippe Spurrell: From the time le Cinéclub sets up its table early in the morning until late afternoon, the mass of people visiting us just doesn’t let up. It’s incredible how many people attend CinéBazar — the pace is relentless. The few times I can get away from the table, I quickly walk around the room checking out the mountains of merch the other participants are offering. This is our sixth year participating. We typically offer vintage exploitation movie posters, classic movie mini-posters, laserdiscs, books, magazines and empty film reels to decorate your home cinema. New for us this year is a batch of funky martial arts posters from the 1970s.

AR: As a collector, what’s your favourite find from CinéBazar?

PS: I mostly seek out items related to 16mm film projection as well as film books and vintage movie posters. I once uncovered a beautiful original Belgian poster for Orson Welles’ Touch of Evil for an incredibly cheap price.

AR: How has the bazaar evolved over the years?

PS: I feel that CinéBazar has been going strong from its first edition but the main way that it has evolved is in the variety of participants whether it be a big poster dealer from out of town or a local indie film distributor. The event also doubles as a friendly meeting place for the local film community.

I’d say the home-made cupcakes at the snack bar are also part of that evolution!

AR: Any advice for first timers on how to parse the sometimes-overwhelming environment?

PS: Expect a wide variety of items from seasoned dealers as well as from folks just looking to clear out their closets of movie ”stuff.” Do pace yourself. There is LOTS to look at. You can get bargains but if it is something commonly available, check out several dealers as prices can vary on the same item. Most sellers seem pretty open to negotiating good deals, especially towards the end of the day. There is no particular sweet spot in the room so be sure to check out every corner. Some original vintage posters might appear to be pretty pricey but keep in mind that they can be seen as an investment since their value generally goes up over time, unlike that VHS tape you paid $10 for in 1987 which today is worth maybe $1 at most. Unless it’s Star Wars, of course! ■