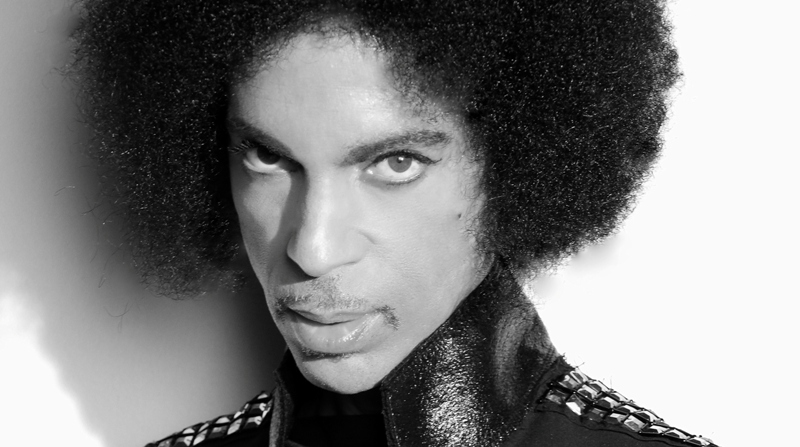 “I don’t want to dance too hard,” Prince cooed during round three of his one-night stand in Montreal. “But this is a groove…”

The lyric could sum up the mentality Prince brings to the perpetual motion machine that is his career. A multi-instrumentalist virtuoso, Prince’s repertoire makes him one of the last century’s most prolific songwriters, and Monday night his Piano and a Microphone Tour put on two shows at Place des Arts’s Théâtre Maisonneuve followed by an early morning afterparty. When he took the tiny stage at Plateau nightclub Muzique somewhere past 3 a.m., His Royal Badness appeared bleary-eyed but determined to cause as much damage as possible with a three-piece percussion combo and 30-or-so minutes of playtime.

Dedicated Prince fans know about the often-legendary aftershows he hosts on tour, where he leaves crowds guessing as to whether he’ll show up, let alone what he might play and who he’ll have in tow. Tuesday morning it was longtime collaborator Kirky J on drums and KBLX DJ Pam the Funkstress, flown in from San Francisco, on turntables.

Just before last call, Prince swaggered into the crowd with an entourage of bruisers and a pimp cane. His outfit was upper crust street style: a black leather vest perfect for tearing around Minneapolis and the surrounding countryside on a motorcycle worn over a black turtleneck sweater. He accessorized with a necklace that would suit Chewbacca, all gold with fringe, and black and gold sunglasses that he flipped down so he could flash a bemused Prince stare at the makeshift stage. Then he grabbed a mic in the DJ booth and deigned to ask those of us who had waited all night for him to hold court—a handful of teenage models the venue called in and some 200 fans ranging in age from 18 to however old you have to be to remember the New Romantic scene—if he could take off for 15 minutes.

When Prince returned, he pumped out a non-stop hip-hop-jazz-electrofunk fusion set beginning with “D.M.S.R.,” a club banger that never hit the charts. “Nah, y’all ain’t ready for that,” Prince teased, getting a remix going with a regular catchphrase.

The trio moved through 12 songs in little more than one sweaty half-hour, showing how much ground Prince can cover in a short jam session. Seven of those songs were hits, and he didn’t go near “Kiss,” “Cream,” “When Doves Cry,” “Let’s Go Crazy,” “Raspberry Beret,” “1999,” “Little Red Corvette,” or ““Nothing Compares 2 U.” If Prince has “Batdance” tucked away in that sampler, he’s saving it for when he really wants to raise eyebrows.

The emphasis was heavy on his dance repertoire as opposed to rock, but he snuck in ballads like megaseller “The Most Beautiful Girl in the World” and represented Purple Rain with a remixed “Darling Nikki” intro, excised of the naughty lyrics that inspired album profanity warning labels. There were two hits he wrote for other artists to close the night: Sheila E’s “A Love Bizarre” and “Nasty Girl,” which paid respect to protégé Vanity, who passed away this year. The set’s other highlights mostly came from his acclaimed 1987 double album Sign O’ the Times. He stomped through “Hot Thing” and took his sunglasses off for an intimate rendition of “Forever in My Life.” On a reworked “Sign O’ the Times,” Prince hopped behind the drum kit while Kirky J worked the sampler and Pam the Funkstress ripped up the turntables. And while “Housequake” was the obvious choice to put a few more scars in Muzique’s floorboards, it was his relatively recent Top 100 hit from 2006, “Black Sweat,” that connected most with the crowd.

At 57, Prince still has his impish energy. When he wasn’t busting moves or dropping Flava Flav samples he was playing the floor tom with his hands and leading chants. Yet he’s chiller these days than the Kid he played in Purple Rain or the record industry radical he became in the 1990s. So what is the self-proclaimed “skinny motherfucker with the high voice” who took over the music scene in 1984 doing playing a small club on a Monday night to a devoted few who know all the words to “Alphabet Street” and a group of models who’ve never heard Lovesexy? Has it come to this for the star of Purple Rain, scrounging for 200 $25 cover charges?

Decades of media stunts, celebrity parties and a stubborn reluctance toward Internet sharing and remastering his back catalogue have led to claims Prince lost touch with the world outside Paisley Park long ago. But what other Grammy and Oscar winner, multi-platinum album seller, Superbowl Halftime performer, or Rock and Roll Hall of Famer is going out and bringing down the house in tiny venues for indie rock prices on a regular basis, just for the fun? Prince plays three shows a night because he gets off on working clubs in the wee small hours.

By Prince standards the whole thing was relaxed — no guitar or piano, with any rarities played during the theatre shows. He’s played variations on this sampler set for five years, but it brings the party element of his art along on a theatre-oriented tour, and was perfectly tailored to the club. The jam itself was the rarity: Prince finds endless room for improvisation with the sampler, but kept the performance short and to the point: the point being that Prince is almost a senior citizen but when he says “On the one,” the joint is in for a wild time. Prince took the audience for a ride in his sleep.

There was a stripped-down, punk-funk element to the gig. By the time he’d finished asking “where the nasty girls at” he was picking up his pimp cane and strutting off through the crowd while the kids from the agency were left wondering if the little guy with the giant afro just happened. And in Prince’s phone-free kingdom, there’s little way of proving it did. ■