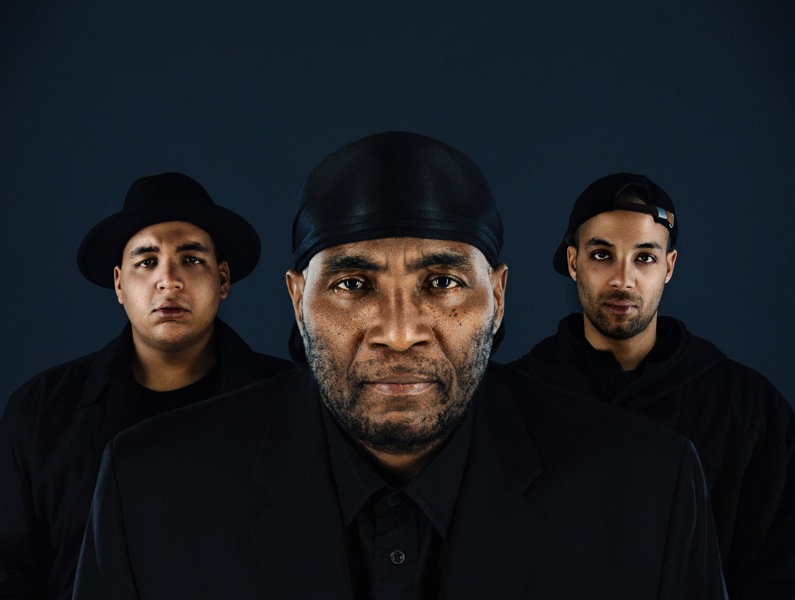 There’s a brand new sound upsettin’ the town, and its roots are BROWN.

Hip hop at heart and island in soul, BROWN sets an early bar for a year in Quebec rap that promises to conquer. We spoke to Snail Kid about his brand new family affair.

“When I started rapping I was about 10 years old. Right away, my brother was like, for sure someday we’d make a record together. So ever since we were really young, we’ve wanted to do this. But it ended up being only a few years ago, we did a track on the first Dead Obies release, Collation Vol. 1. There was a joint we did with my father and my brother called ‘Gris Ciel.’ That’s the embryo of the project.”

“As a kid, I had a relationship to hip hop like, whatever my big brother does, I’ll try to do it my own way. It was always kinda like that. But since our dad made reggae — he’s been a roots reggae man since forever — we always had that musical influence around us. And when my brother started rapping, right away I started trying, too.

“He showed me the records and he made me discover rap. For a long time I didn’t buy my own albums, he collected everything and would be like ‘Yo, listen to this,’ ‘Listen to that.’ So I’d grab that and listen to it non-stop for two weeks, and pretty much through high school that’s what it was. You can’t contest a big brother’s opinion.”

“My dad hasn’t listened to much more else than reggae in his life, really, I’d say. That’s what makes his shit incredible. He understands feeling, and every way you can feel about musical instinct. He’ll play on something and I’ll be like, ‘That’s rock ’n’ roll,’ you know? And he’s never listened to rock’n’roll. And he’s not a hip hop dude. He’s fully into reggae, so all of this comes from his own soul.

“I remember making mixtapes when I was really young, like holding the cassette recorder to the CD player speakers and rapping into the little mic. My dad would listen to that and tell me I’d get known for it. Trop down. That said, he’d hate the swearing and misogyny (in hip hop). He’s a positive dude, all of his lyrics are positive. He’s a Rasta, pure laine.”

“In production terms, Jam is the conductor with regard to anything with beats. I collaborate in the sense that I’m in the place and can say what I feel should be in the beat, but he essentially handles the musical aspect. I’d say about 50 per cent of the music is live, not programmed. All the guitars are my brother or my dad. There’s a ton of keys and that’s all Jam. There are hardly any samples on the album.

“But we’re all involved in the building of songs. Jam comes with a bigger idea and then together we’ll decide how to build a track, piece by piece. And how our father fits in. He’s a singing artist, not a rapper at all, so we always gotta find the pocket for him. We didn’t just want him to always be doing a hook.”

“It’s way more personal. It’s something much closer to me. For one thing, there’s just not as many people, so there are less compromises to make. But also, the voice of the writing is more introspective, and we’re talking about us, and where we come from, and what we feel. Whereas Dead Obies comes from a place that’s a bit more punk, a bit more fuck-you, a little more steeped in controversy. And I love that. But it’s cool that with BROWN I can get closer to personal sensibilities. With the new Dead Obies record coming in March, the only real challenge I can see is scheduling the live shows. I may have to clone myself.” ■