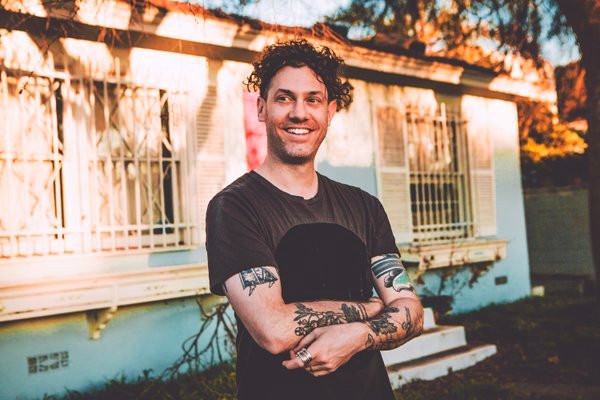 With the release of Jeremy Gara’s Limn this month, it’s official: every member of Arcade Fire (core couple aside) has a solo project.

But as Gara told me in an interview this week, just a few days ahead of the local launch event, this record has roots that predate his time with the band. And there are no drums!

Lorraine Carpenter: So is this album made up of long-gestating material, or did it come together more recently?

Jeremy Gara: A little of both. It’s a folder I’ve been picking at for years and years and years, but some of the material came together last year. It really kicked into high gear in the fall.

LC: How would you describe the style of music?

JG: It’s experimental music. It’s generally pretty ambient, melodic. There’s a couple pieces on there that are quite noisy.

LC: Is there any musical connection between this material and the projects you were involved in before Arcade Fire?

JG: I didn’t think it did, but it totally does. Before I was playing in any band — Kepler and Weights and Measures are the two touring, working bands that I was in from Ottawa — I had made a cassette that I sent out to about 10 people. It was sort of a weird homespun acoustic guitar and synth kind of… I don’t even know, instrumental thing. It feels like when I just sit at a work station and make music, that’s what happens, so I guess this is a pure expression. To me, this is the music that I make when I don’t think about it. So in that way it does relate to the couple of times that I even toyed with playing my own solo music, which was about 20 years ago.

LC: Who did you work with on this record?

JG: Nobody! The only other person who had their hands on it was Helge Sten, a Norwegian guy who’s a friend of mine — he’s a musician himself, he has this thing called Deathprod. He’s a mastering dude, so he’s the only person I wanted to touch it because that was the only step I couldn’t do myself.

Other than that, it was no one but me — really lonesome (laughs).

LC: I suppose that’s a novelty for you.

JG: I think that was the whole purpose of it. I do a lot of collaborating — I’m in the band and I work with other people when I can. So the whole point of it was to allow myself to spend time on my own thing. It made me realize that I haven’t done it in years. I haven’t been selfish in my creative pursuits.

That kind of carried over into the whole production of [the album]. I had a friend who was sort of tasked to do the artwork but she is crazy-busy and I’m super impatient, so I painted the cover myself. I borrowed a camera to try and figure out how to shoot the painting, which I didn’t know was really fucking hard — it took longer than painting the thing! But I was like, “I’m doing the whole fucking thing.” It felt appropriate to go all the way.

LC: Aside from the local launch coming up, are there any shows planned?

JG: There are a few shows coming together, but nothing like a tour. Nobody knows about [this project] and nobody cares about it, so I’m figuring out how to put it together. This is so new to me.

The idea is that it can work in tandem with Arcade Fire touring life. I don’t imagine that this kind of music is gonna demand that I go out on a six-week club tour, so the goal is to make it portable enough that I can just do it when somebody might want me, pretty much wherever that might be.

In my wildest dreams, there would be occasional offers from all over the place. There are tons of cool avant garde, experimental festivals that happen all over the world and if I can bust into that, that would be… not that I want to take over the world, but if people are into it, I want to be able to go there.

LC: What is the live show going to look like? Are you alone on stage?

JG: Yeah I am. I will be. I don’t know what it will look like — it won’t look like much. It’s pretty stripped down, just synths — lots of wires, lots of buttons, no drums. I want to have enough musical equipment with me that I can start playing music and get to that same headspace that I could get to when I was making it. The hope is that people will relate and connect with that.

When I go to a show, when the band is doing something really well and they’re in a really present musical moment, even if it’s music I don’t particularly appreciate, I still connect with it — I can be completely engaged with it. Whereas if it’s a band whose music I really love and I go see them live and it’s not a present moment, it’s just a spectacle — there’s a tendency now to use lots of backing tracks; there’s lots of perfection in live music performance — I still don’t connect with that.

My philosophy in this is to try to apply the spiritual aspect of music, whatever that is — I want to go to that place. I don’t want to just make a big show and distract from the music with lots of bells and whistles and video. I’d love to do that stuff, too, but only when it’s interesting and only when I have a brain for it. At the moment, all I can wrap my brain around is getting to that musical place.

So it’ll be pretty lean, but I can promise it’ll be very real. ■

Limn is out on NRCSS Industry now.