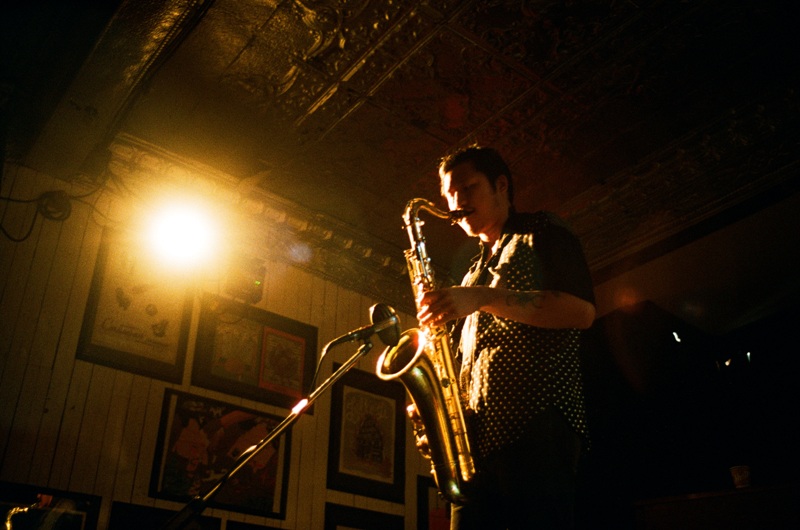 Director Mitchell Stafiej (whom we previously spoke to in 2013, when his film Found premiered at FNC) is currently finishing up his latest project, an ambitious exploration of alcoholism that stars many luminaries of the local music scene. The lead of A – The Movie is Alex Zhang Huntai (of Dirty Beaches), while members of Tasseomancy, Femminielli, Maica Mia and the 222s as well as Alexis O’Hara and Toronto’s Petra Glynt pepper the supporting cast. I spoke with Stafiej about his film; an Indiegogo campaign to offset the costs of post-production is currently winding down.

Alex Rose: From the press release it sounds like the subject matter of the film is rather personal. Can you speak a little bit to your inspiration for the film?

Mitchell Stafiej: There is little that I understand more than myself, and even that I barely understand. But my experiences as a human are the only things I can turn to for inspiration. I don’t know anything more than the relationships I have in my life with my family and friends and music and work and art and film. If I were to draw on anything other than specific moments in my life I would feel fake. I don’t like curiosity-based filmmaking. Curiosity is passive — experience is active.

The main goal of this film is to have it feel like a bender. Have it feel like the nightmare of having hours/days wiped from your memory because of a substance. It’s a feeling I became acquainted with very closely in my life and am happy to be past that.

Wake up, see your car in the driveway, start to cry. You could’ve killed somewhere.

Wake up, mid-conversation, no recollection of this person next to you or the words you spoke.

Wake up, half-empty beer in your hand, reach for the coke on the coffee table. 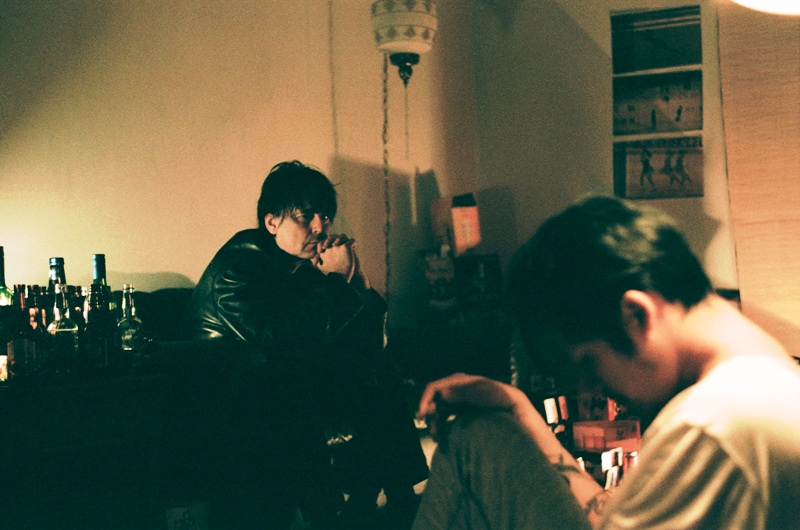 AR: The majority (if not all) of your cast is better known for their work as musicians rather than actors. How was it working with artists who were perhaps making their first foray in this art form?

MS: Musicians are performers, too, as much as actors. I don’t usually work with professional actors unless it’s absolutely necessary. I like to feel like we’re all fucking around and trying out new things with new people. But as artists, they understand the frustrating and sometimes dark creative process that seems to fuel dark cycles rather than help us escape them. We’ve all experienced the self doubt, the fear and the pain that comes with pouring yourself into your work.

Everyone was incredibly curious about the actual filmic process and excited to be trying out a new thing (acting) as much as we were excited to be working with them. The shooting days for the supporting cast were short (one or two days each), so their excitement really carried them through it. Alex invested himself heavily in the lead role and it really showed. I think with untrained actors there’s the danger of not knowing how deep you’ve invested yourself in a role and it could be hard to emerge from it. We were all pretty shook up after the experience, even though it was an incredibly beautiful one.

What’s important to me is, mentally, to not approach the process as the filmmaking process. Yes, we have cameras, lights, gaffers, grips, PAs, art directors and sound recordists but you have to erase that thought from your head every morning. Everyone is just there to mess around with a bunch of film stock and performers for 15 days. If we make mistakes, that’s great, because then it reflects a natural experience that we experienced ourselves. There is never a perfect film. People pretend to know what they’re doing but it’s better to just admit you’re lost so you can start experimenting with your friends, cast and crew.

AR: It’s pretty unusual to go with a Kickstarter campaign for a film that’s already been shot — what can you tell us about the way the money will be used?

MS: Is it? We had enough money to shoot this film but now my producer Dan and I are going to be tackling the post-production on our own and won’t be paying ourselves anything. We haven’t made a cent yet and will probably never.

The film is incredibly musical and the sound design is outrageously important. We want to have everything mixed professionally since there is an entire original score that was created on set and my skills as a sound designer don’t spill over too much into the mixing world.

We just want this film to look great, sound great and actually make its way to theatres and unfortunately we don’t have any money left to do that yet. That’s why we need the extra Indiegogo help. 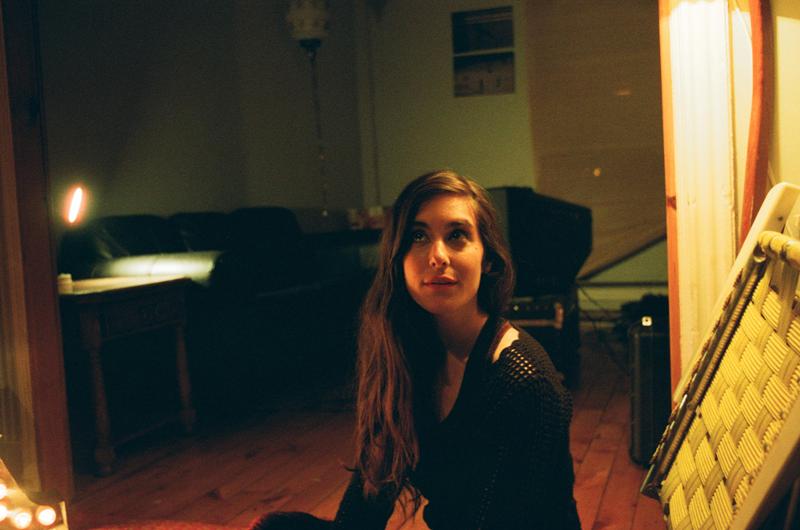 AR: What are some the influences (cinematic or not) that you drew upon for the film?

MS: My influences or inspiration recently has come mainly from the music world, more so than film. I am more interested in the creation of visceral reactions that a listener feels when they first hear their favourite song. I’m more interested in creating the feeling of a tribal experience when crowds gather to listen to their favourite rapper. If it were possible, I’d want audiences to circle a cinema screen, dance around and sing along with the film like they do at an intimate show.

My influences came from rappers and rap groups that are hyper-interested in the darker side of the human psyche: Triple Six Mafia, Lil Ugly Mane, Future. You’ll see some of those influences directly referenced in the film. Also, this film was really influenced by a lot of the musicians in this film. I’m a big fan of a lot of the actors in this film. I didn’t know any of them personally before we began production, I had met some of them briefly in the past, but I was mainly a fan.

Film-wise, I’m sure I draw on a lot of my favourite filmmakers like Korine and Herzog but I was more influenced by the idea of a nightmare and benders and feelings and emotions rather than other images. ■

A – The Movie is slated for release this summer. Watch the new teaser trailer here: