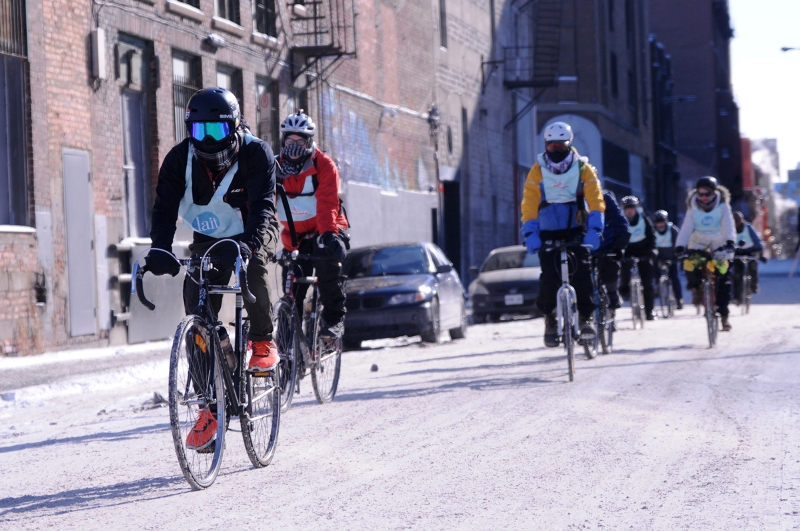 It may have felt like -40 degrees over the weekend but that didn’t stop a couple hundred brave cyclists from hitting the streets for the third edition of the Vélo Sous Zéro. Organized by Vélo Québec to promote year-round cycling, the annual event gets cyclists together for a trek through the city — this year they rode 17 kilometres from the main bike paths downtown into the southwest region of Montreal.

Temperatures were unbearable for everyone involved, including Mayor Denis Coderre, who made a brief appearance to greet some participants, but it didn’t stop these bundled up hardcore cyclists: