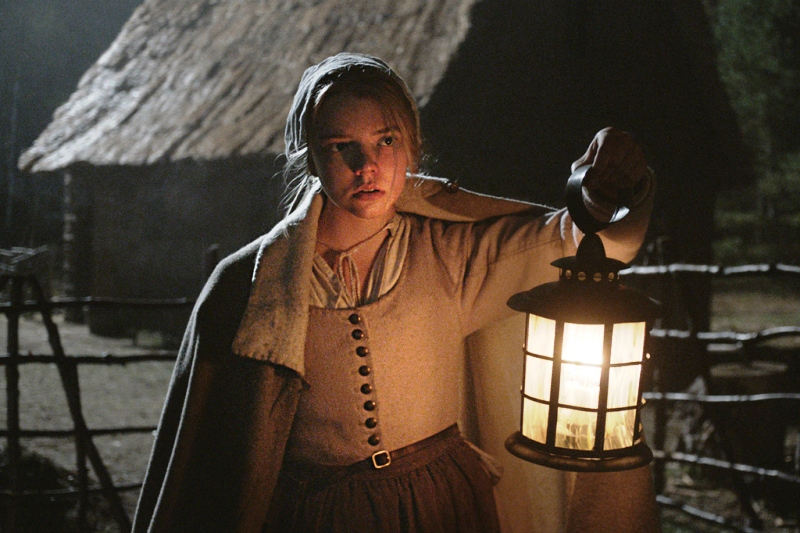 Anya Taylor-Joy in The Witch

In my functions as a film writer, I often get asked if I’ve seen an upcoming movie as its release date lingers closer. In 2015, no movie was more inquired about than Robert Eggers’ The Witch. For the entirety of its festival run, Eggers’ debut film garnered the kind of buzz that happens to one horror film a year — if we’re lucky. Eggers, however, pays little attention to the buzz. “It’s good and it’s bad,” he says. “It’s a horror film, so I’m extremely proud that I get to show it to a wide audience. That’s extremely exciting and more than I ever expected. Personally, if I hear about a film that seems interesting to me, I try not to hear anything about it. If I see an article, I don’t read it. If I see advertising, I turn the page. I like to have a pure experience, but we live in a world that’s full of hype, so there you go.”

“At each festival, the screenings have been awesome,” Eggers continues. “We did Fantastic Fest, which is a big U.S. genre festival, and people were insanely pumped about the movie. I think splitting hairs about calling it horror, or a supernatural thriller… I mean, respectfully, I just don’t care. It’s The Witch! If people need to categorize it to market it, then so be it.”

The Witch tells the story of a Puritan family living in 17th century New England. Exiled from society for their beliefs, they begin living a rough life out in the country where the patriarch (Ralph Ineson) struggles to feed his wife (Kate Dickie), teenage daughter Thomasin (Anya Taylor-Joy), twin toddlers and infant son. Thomasin is left to care for the infant when he mysteriously disappears; this leads the family to believe that a witch is living in the woods and has a particular interest in making their lives hers by any means necessary. As the incidents pile up, the family begins to suspect that Thomasin herself is the witch.

One of the more striking aspects of The Witch is the fact that the entirety of the dialogue is period-appropriate. “It was a given,” Eggers explains. “The whole idea was that I have to transport audiences to the 17th century as accurately as I possibly can. That way, the witch can be real again the way it was for the English settlers. If I can’t literally transport audiences, then it doesn’t work.” 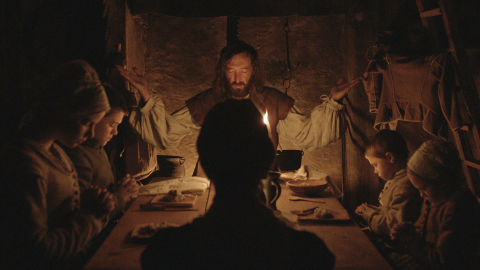 Eggers also had to recreate the barren wilderness of 17th century New England in a world that doesn’t necessarily resemble that period anymore. “We shot the film in northern Ontario and I thought, ‘Oh, great, Canada! The land of virgin wilderness — we’re going to find everything we need here.’ Finding a forest system that looked like New England — it needed to have the white pines, the hemlock and trees that were a good size — was actually very, very difficult where we had the funding. We had to go further and further off the grid. Where the actual set was was very remote and it was an isolating shoot. Of course, our budget was small and all the money goes on-screen, there was very little infrastructure, no cell service or wi-fi where we were shooting, so it was a difficult shoot.”

Eggers says he chiefly found inspiration in one of the pillars of the horror genre, even if that film is pretty removed thematically from The Witch. “The real sources of inspiration to the film were really the source material that I was working with, reading the story… It all came from that,” he says. “The main horror film influence in my life is The Shining. There are times in the film where it feels quite a lot like The Shining which, quite frankly, is kind of embarrassing.  I think the film wouldn’t succeed as well without that, but that’s a film that I watched a lot in my early-to-mid 20s and really dissected, to try to to understand how to make a good film. Not just a good horror film, but a good film.” 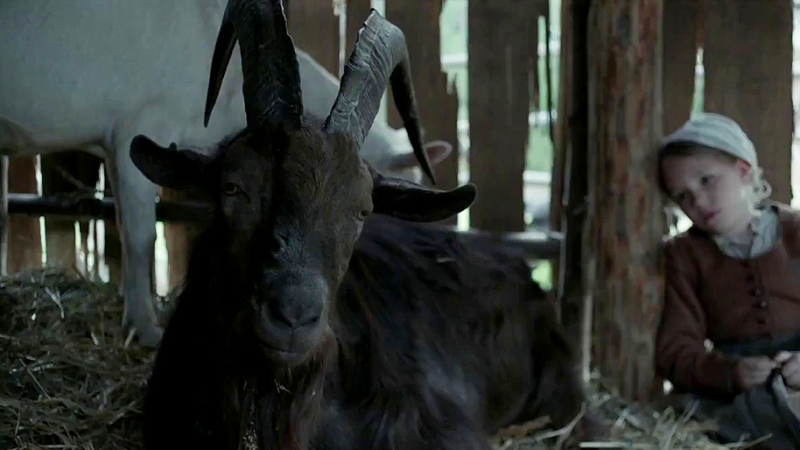 Black Philip in The Witch

As for the well-trod adage that the worst things to work with in the movie business are children and animals, Eggers dispels that too. The Witch has three children, a dog, a horse and a whole heap of goats — one of which manages to steal the show as the film’s paranormal events increase in intensity.

“I think that children are no more difficult to work with than adults,” says Eggers. “Some children are easy to work with, some adults are hard to work with. Depends on the child, depends on the adult. The only thing that made working with children difficult for me is that their hours are short. Overall, the animals were great. They all were trained and things were good, except for Charlie, who played Black Phillip. He was a nightmare. He was a very nice goat, I respect him personally — but he didn’t really care about trying to make a film, which I also understand… but it was definitely a nightmare.” ■

The Witch opens in theatres on Friday, Feb. 19. Watch the trailer here: