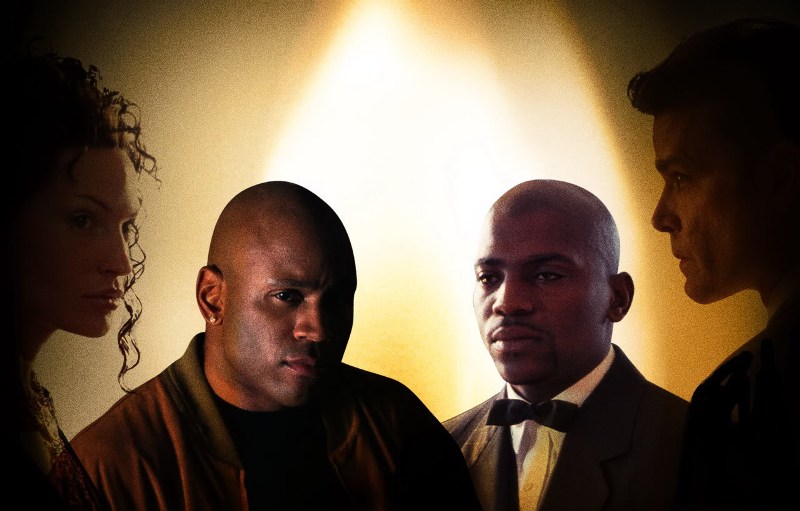 Alex Rose’s Made in MTL is a series exploring films from the vaults shot and/or set in Montreal.
The film: Slow Burn (2007)

Does Montreal play itself? Even though it’s never explicitly said in the film, the director mentions on the commentary that the idea for Slow Burn was loosely inspired by Chicago turf wars and the Cabrini-Green projects. There’s never any confirmation either way.

Most egregious local landmark: Since Slow Burn takes place over a single night, all of the exterior shots are extremely dimly lit and difficult to make out. There’s a flashback scene that sees Jolene Blalock filmed through the coloured glass of the Palais des congrès and another flashback of a fundraising party that was shot in a loft in the eastern part of Mile End (de Gaspé/Casgrain, as evidenced by the railroad glimpsed in the background). It’s not until the very ending, where the ever-present Farine Five Roses sign pops up in the skyline, that we get confirmation that the film was mostly shot around Griffintown and Little Burgundy.

Notable local talent: It’s a pretty small cast for such a convoluted thriller; in fact, it’s surprising how few recognizable local names are in the credits considering the film was 100 per cent shot here. Character actors Frank Schorpion and Donny Falsetti are periodically glimpsed as cops while Arthur Holden and Richard Jutras play some nefarious, bowtie-wearing corrupt bigwigs.

It’s rare that Montreal has represented the inner-city in its screen career, especially from the 1990s on. There’s a mostly practical reason for that: our inner-city doesn’t have too many of the required characteristics to stand in for the roughest areas of New York or Chicago. 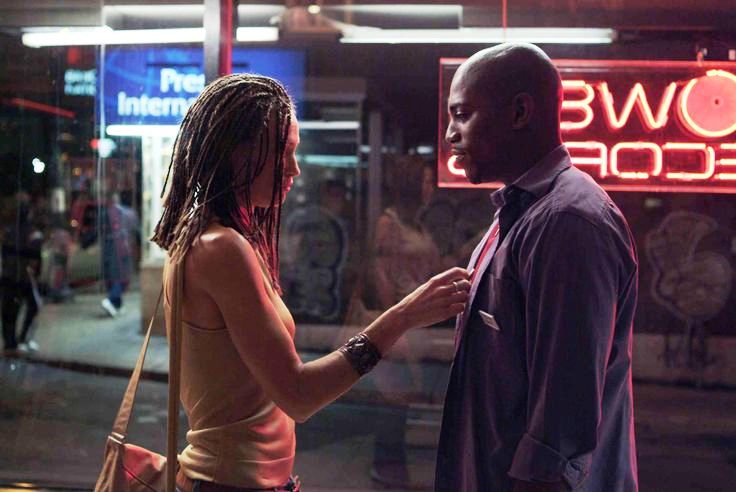 Montreal tends to be quaint and European on screen, more likely to be filled with cobblestone streets and high-ceilinged lofts than concrete playgrounds and dirt-littered lots. Wayne Beach’s Slow Burn floats the idea that it’s set in an economically depressed, crime-ridden city where corruption runs deep, even if the final product betrays the film’s low budget and long gestation period.

Beach makes his directorial debut here; he was mostly known as a screenwriter beforehand, having even penned my last Made in MTL entry The Art of War. He shot the film in 2003, back when Ray Liotta was still seen as a viable lead and LL Cool J was making a slight bid for legitimacy by going with his full name, James Todd Smith. By the time the film finally came out in a handful of theatres in 2007 (having premiered two years before at TIFF, where I can’t imagine it was particularly well-received), Liotta was taking moustache-twirling villain roles in Uwe Boll movies and LL Cool J had gone back to being LL Cool J. Four years isn’t that long, but it can be an eternity in the world of film, dooming an already hackneyed genre piece to eternal obscurity.

Fred Cole (Liotta) is the hotshot DA of an unnamed major American city. As he prepares to run for mayor, he finds himself having to deal with a shitstorm of epic proportions. His equally hotshot assistant and part-time lover Nora (Jolene Blalock) has just been arrested for killing a man named Isaac Duparde (Mekhi Phifer) after he attempts to rape her. Her testimony is immediately refuted by the mysterious Luther Pinks (LL Cool J), who waltzes into the police station seeking to uncover the incident as nothing more than cold-blooded murder. Cole slowly uncovers a complicated web of corruption and deceit that ties in city officials, a street gang, the land rights to a controversial housing project, his own mayoral campaign, Nora’s deceitful racial presentation, a convict with hay fever (Taye Diggs) and a journalist (Chiwetel Ejiofor) who’s writing a profile on Cole, all of which takes the better part of 90 minutes to tie into a semi-satisfactory whole. 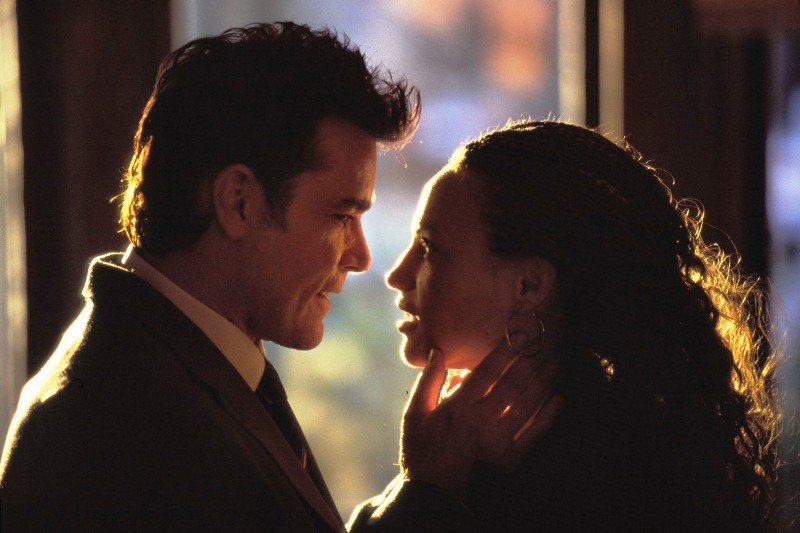 Slow Burn’s biggest influence is almost certainly The Usual Suspects. Beach lifts a lot of the convoluted interrogation-room shenanigans from Singer’s film but the whole thing never coheres into anything particularly interesting. Like The Art of War, it seems particularly concerned with the number of twists over the quality of them; nearly every character exists to trot out an alternate explanation as to how one thing that was initially believed actually went down another way. Slow Burn never really overcomes its status as a narrative blueprint wherein all of its threads remain separate, never really weaving into each other in any meaningful way.

The weirdest, most relevant element of Slow Burn is something that’s both totally prescient and totally accidental. From the very beginning of the film, we’re told that Nora’s great strength as the assistant DA is that she’s a highly competent, extremely driven professional who also happens to be black (half-black, actually), which happens to give her an upper hand when dealing with perps. One might be surprised to hear this, since Jolene Blalock doesn’t appear to be particularly dark-skinned: sure enough, one of the movie’s 10,000 twists turns out to be that Nora only pretends to be black to gain the upper hand at work. Through strategic use of tanning beds and blonde cornrows, she apparently pulls this off flawlessly. Seem familiar? Slow Burn essentially predicted the whole Rachel Dolezal boondoggle, which almost singlehandedly gives this otherwise forgettable, overwritten dud some long-in-the-tooth relevance.■ 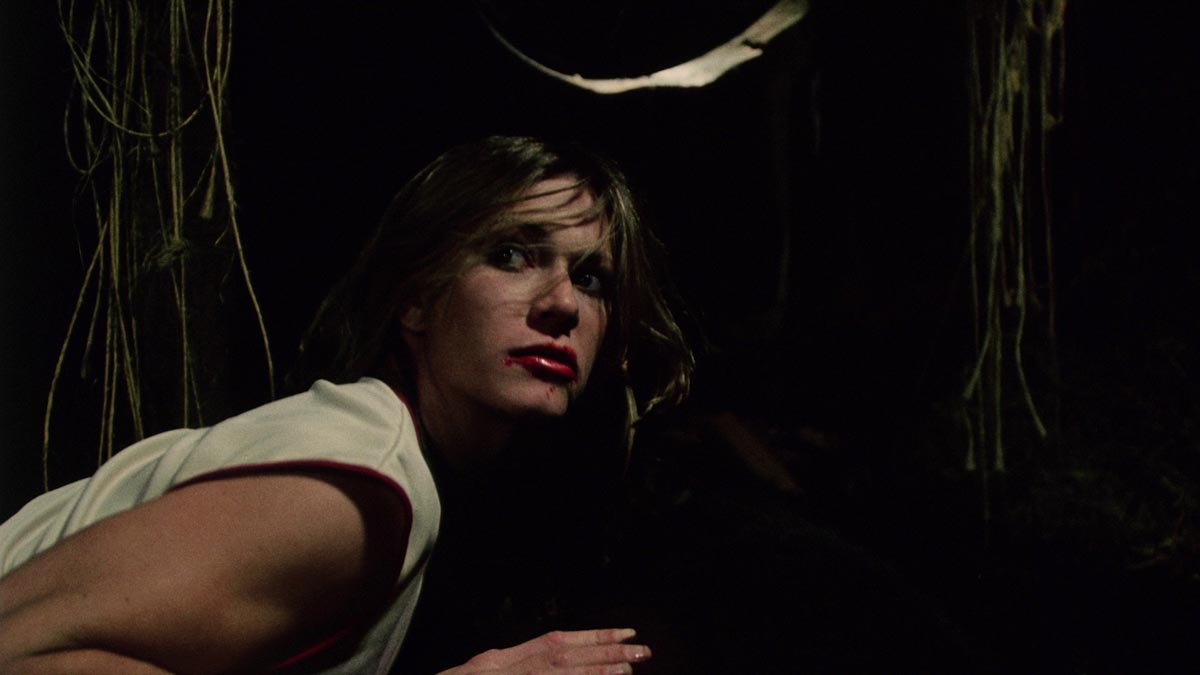 More culture recommendations as we make it into week three