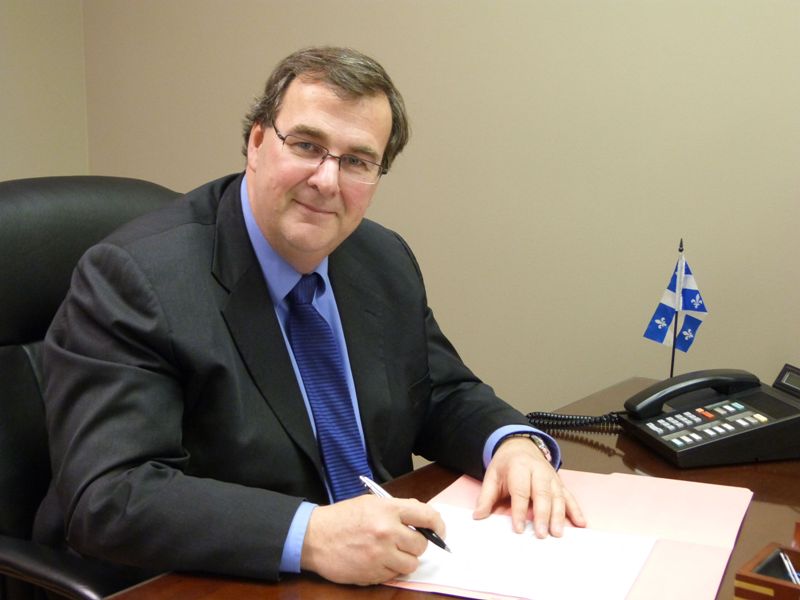 As hearings continue on Bill 70, a legislative overhaul of the Quebec welfare system, everyone from the Quebec Ombudsman to the Human Rights Commission  to the minister responsible for welfare are lining up to attack it.

Wait a second. The minister is attacking it?

Not directly, of course. Social Solidarity minister François Blais is just backing away from parts of the controversial bill faster than a man who realizes he has just swiped right on his sister.

Among the key concerns of people interested in protecting human rights and other sundry are provisions that would see new recipients lose half their benefits if they don’t agree to take “suitable” jobs or training courses. That’s half of a piddling cheque for $623 a month, leaving the targeted youth with a budget of just $10 a day for lodging, food and clothing.

Introduced by Blais’s predecessor Sam Hamad in November, “this obligation to accept a job under penalty for refusal violates the right to freedom of the person under section 1 of the (Quebec) Charter,” the Human Rights Commission wrote in its brief.

Same goes for provisions of the bill that would force recipients to stay on the job for up to two years, which the HRC says would violate guarantees of “fair and reasonable conditions of employment” in the Charter.

Then there’s this, Article 45 of the Charter: “Every person in need has a right, for himself and his family, to measures of financial assistance and to social measures provided for by law, susceptible of ensuring such a1 person an acceptable standard of living.”

If Hamad thinks it’s possible to sustain an “acceptable standard of living” on $311.50 a  month, then his $12,860 a month salary as a minister should be able to support a family of 41. And if he gets the pay increase MNAs are proposing for themselves, the family could grow to 58.

On Tuesday, Blais, who took over from Hamad in a cabinet shuffle two weeks ago, told La Presse as he entered Parliamentary Commission hearings that the final legislation “won’t necessarily” include the penalty provisions. That evening he called back to say the government was “staying the course” on penalties, though his aide suggested they could be smaller.

Blais was more emphatic on other controversial elements of the bill, however, vowing that no one would be forced to move to take a job and that the government would be more forthcoming on defining what a “suitable” job entails, ruling out the possibility of “workfare” type jobs that don’t respect labour laws.

As long as Bill 70 contains penalties, however, Blais and the Couillard government are proposing legislation that violates the concept of a guaranteed minimum income that, just a week ago, they were touting as the future of Quebec’s social safety net.

Also known as basic income guarantee (BIG), such programs provide every citizen with a pre-set revenue, provided by the government. Finland is about to launch a pilot project for its own minimum basic income and Couillard has mandated Blais — an expert on the subject who has even written a book about it — to launch a feasibility study on how Quebec can introduce its own program.

“I’m serious when I talk about that,” Couillard insisted last Friday. “It’s not a trial balloon.”

There are plenty of models of basic income programs, but they pretty much all include the idea that no one gets less than the minimum.

And that’s where the current proposals for penalties in Bill 70 violate the core principle of a guaranteed minimum income. Couillard said such a program is essential if the province is to “maintain people’s dignity.” So how does he reconcile that with reforms to social assistance that threaten to take the poorest of the poor and cut their cheques in half?

If the province is serious about building a society that guarantees a minimum revenue to each and every citizen, it should immediately abandon an almost universally condemned reform that will take the welfare system to new-found lows.

That’s probably just what Blais was thinking as he talked to La Presse before entering commission hearings on Tuesday. By the end of the day, he had clearly received a different set of marching orders, however.

Instituting welfare penalties while promoting minimum income programs is the ultimate hypocrisy. If Blais can’t convince his cabinet colleagues of that basic fact, he better get ready to kiss his sister. ■