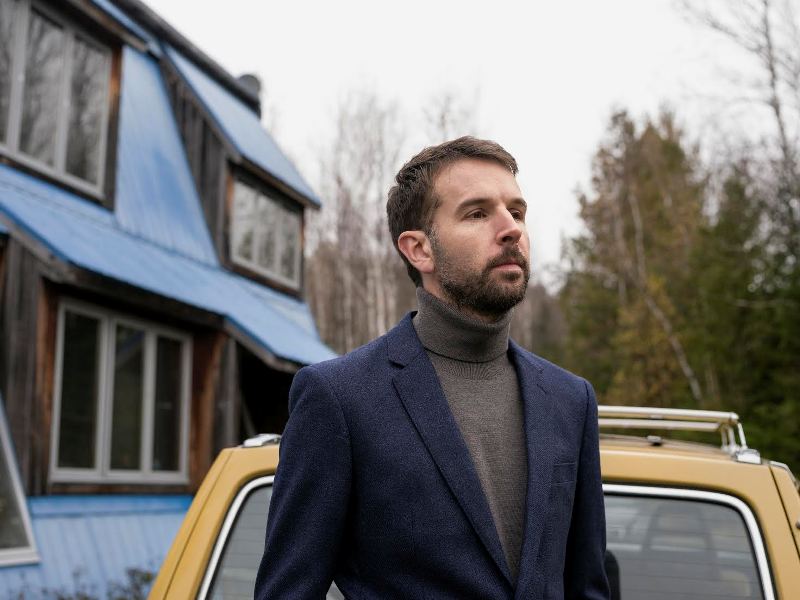 “It’s funny, because I’ve always been pegged as a sad bastard songwriter,” says Jason Bajada, “but 2015 was a really rough year — probably the heaviest year of my life.”

Though Volcano maintains a light sonic touch and sprightly pop tempo for much of its 44-minute running time, the lyrics tell a different story. More than any of Bajada’s previous work, it’s the reflection of a painful period in his life, one that was, he says, “coloured by a lot of different anxieties and the discovery of anxiety itself. It just crept up in different aspects of my life and amplified every dramatic event times 10.”

“One of my best friends took his own life last April,” he continues. “It was a tough thing to go through, being on the phone with him a couple weeks prior and just hearing him being eaten alive by anxiety. And everything in his life was perfect: he had two kids and he had money in the bank, he had an amazing career and company, he was innovative. He was a Robin Williams type — he would make you feel so good about yourself and he was super generous with everyone around him, but after he sold his company, anxiety just devoured him. He had seemed invincible to me growing up.

“[Anxiety] was also very present in my relationship with my girlfriend at the time; she was extremely anxious, next level. I had it in my face every day and I learned on the spot, as a rookie, what to do and how to deal with it. I realized my own sensitivity and how I was affected by it, how it kind of made me anxious — I discovered that I could develop these symptoms, too.”

With a newfound understanding of this particular condition, Bajada’s thoughts turned to people he’d known throughout his life who had told him about panic attacks and fighting anxiety with medication — experiences he’d never been able to properly connect with. The song “Jean- François” names one of these friends, the first person Bajada recalls even mentioning the word “anxiety.”

“[As a songwriter] I got to explore that angle, as painful as it was. I just ended up writing a lot of material,” Bajada says. “After  such a difficult year, I was really not seeing straight and wanted to disappear, so once the record was recorded, I just got the fuck out of Montreal to be alone and try to find something to uppercut this feeling. I ended up doing one thing that was on my bucket list, which was go to Iceland.”

Though the trip was an escape, it also came with an emotional weight as Bajada was supposed to have been accompanied by the same friend who had committed suicide months earlier. Bajada ended up travelling solo, staying at an Airbnb just outside the capital city of Reykjavik, and his activities there wound up informing his new album in unexpected ways. 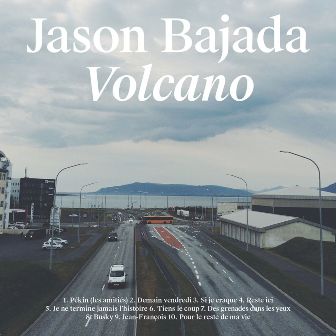 The album cover was chosen by his label (Audiogram) from Bajada’s batch of travel photos, and while the CD booklet and inside-gatefold feature some of the prettier, more standard pics you’d expect from an Iceland slide show — an ice formation, a shoreline, a waterfall — the relatively banal cover photo could have been captured in any number of cities. Bajada was surprised and a little dumbfounded by the choice.

“It’s one of the least impressive photos of the bunch,” he says, noting that it’s an iPhone shot, while many of the others were taken with pro cameras. “It’s kind of a boring photo — it feels like the cover of a mid-2000s Midwest indie rock record on a label like Barsuk. But it struck up a lot weird emotions in me.”

The composition of clouds, non-descript buildings, two roads and a dark land mass in the distance are somehow very fitting with the themes and backstory of Volcano. Another piece of Iceland that made its way onto the record was an experience that brought about the beginning of Bajada’s healing process after the hard year he’d had.

“There’s this activity you can do called Inside the Volcano, it’s 45 minutes away from Reykjavik,” he explains. “I just got overwhelmed by the nature of it, being inside this huge, huge mountain that can fit two churches inside, and all the colours coming out of there. I’d never felt so calm that whole year — that was the moment I felt the least anxiety.

“The album didn’t have a title yet and I wanted it to have something to do with the volcano. It was such a beautiful metaphor and parallel: Obviously it’s ironic that you can feel so calm and peaceful inside a volcano when you know that it can be the most destructive thing in the world. It was like being in an anxious relationship, where one second everything is great and the next second it’s the end of the world.” ■