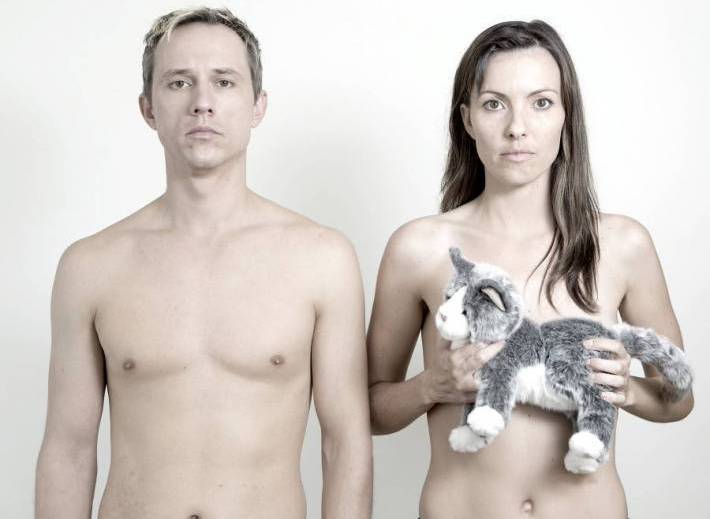 Little One by Vancouver’s Alley Theatre

Friendships, feuds, fear, feminism: I’m hard-pressed to pull an alliterative common thread out of the 19th edition of the Wildside Festival, but it honestly doesn’t need one. The seven shows in the 10-day festival at Centaur Theatre each spin a wildly different and fulfilling experience.

But one thing they do have in common, according to co-curator Johanna Nutter, is the driving force of the creator behind them.

“It’s not just actors playing a part in someone else’s play. Most of the shows are creations. So the people delivering the show birthed it, which I think is kinda neat — it’s not always the case in theatre.”

There’s Elena Belyea’s solo comedy that riffs on the conversation around school shootings: Miss Katelyn’s Grade Threes Prepare for the Inevitable earned its slot this year as the 2015 Centaur Best of the Fringe winner. I sat on that jury, and I can tell you that the debate over choosing such a dark (and potentially upsetting) play was both fraught and thought-provoking. There will be a no doubt heated talkback after Sunday’s show.

There’s also In Search of Mrs. Pirandello, a hunt by another Montreal playwright to learn about a woman consigned by history to a footnote. And Co.Venture, an honest picture of two dancers with six decades of life separating them.

Along with Captain Aurora, a toe-tappingly bold superhero musical that has won audiences and plaudits, these works were pulled from last year’s Montreal Fringe.

Comic performer (and Fringe veteran) TJ Dawe returns to Montreal with four of his works. There’s also family fights in Little One from Vancouver’s Alley Theatre, and Ottawa’s May Can Theatre’s sarcastic, comedic exploration of Happiness and how to get it. 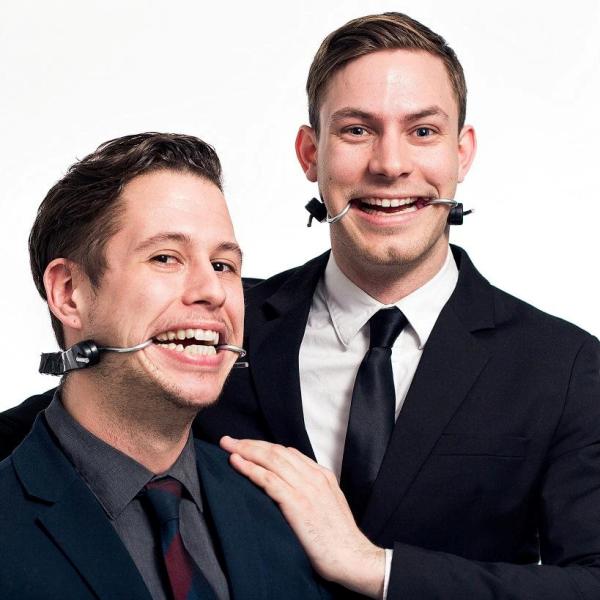 Happiness by Ottawa’s May Can Theatre

Captain Aurora: A Superhero Musical is a zippy, futuristic musical about a bank teller itching to use her daring powers in a time of newfound peace on Earth. (Ballsy girl as hero? Aurora practically anticipated Rey.) Pun-tastic villains and warm friendships make up the heart of this show. At the 2015 Fringe, the young, diverse cast and band drew sellout crowds. I look forward to seeing how Trevor Barrette’s production — kind of like the Johnny Legdick of this year’s Wildside — fares in a more established space. (75 minutes)

A few years ago, young Pepper Fajans was handed the role of caretaker to the elderly David Vaughn while they were on a world dance tour. The experience inspired Fajans to come up with Co.Venture, an unvarnished portrayal of their winter-summer friendship. Now, Pepper is 31 and David is 91. The duo has just driven up from New York City in a ‘88 Volvo station wagon, their props strapped to the roof. Some may not be swayed by the delicate, realistic dance between Pepper and David, but most will be entranced. (60 minutes)

May Can Theatre’s Happiness is a sales pitch for a cure-all headgear that promises users that elusive bliss. But it soon becomes clear that the suited-up salespeople don’t know what real happiness is. I caught a glimpse of performers Cory Thibert and Tony Adams in action — just a moment’s worth — and their chemistry and timing was spot-on. (60 minutes)

Curator Johanna Nutter describes In Search of Mrs. Pirandello as a “subversively, surprising feminist” play. Performer Michael Di Cesare has crafted a tale around her real-life search for a woman married to a legendary Italian playwright, consigned like Zelda Fitzgerald to the crazy-jealous-wife dustbin of history. (70 minutes)

Aaron is six when his parents adopt four-year-old Claire. Heartwarming stuff, until you learn that the new addition to the family is an outright monster. Little One is told in flashbacks by married Vancouver performers Marisa Smith and Daniel Arnold. Canadian playwright Hannah Moscovitch’s dark show has been performed at the Vancouver and New York Fringes. (60 minutes)

Drop your schoolbag, take a seat and be warned — Miss Katelyn’s Grade Threes Prepare for the Inevitable is an immersive theatre showstopper. Miss K is a well-intentioned teacher who wants to safeguard her students against everything from allergies to school shootings. National Theatre School grad Elena Belyea has penned herself a show that becomes more relevant as the messy battle over gun control sadly drags on. Not recommended for kids, or anyone sensitive to the sound of gunshots. (65 minutes)

TJ Dawe is a veteran of the Fringe whose solo shows cover the stuff of life: work, personality, fitness, healing, maturity. After a long break from performing Montreal, this Vancouverite is pumped to be back. Take your pick of his work, as TJ’S Variety Pack presents four of his works over five performances: Medicine, Marathon, Burn Job and The Slipknot (which debuted in Montreal in 2001, netting him the Just for Laughs Award for Best Comedy). (75 minutes)

Stick around the Centaur’s Seagram Gallery after the last show, Thursdays to Saturdays, for a variety of afterhours activities, including a David Bowie tribute on Jan. 8. The space also hosts an art exhibition, with visual works riffing on the theme of “wild.” ■