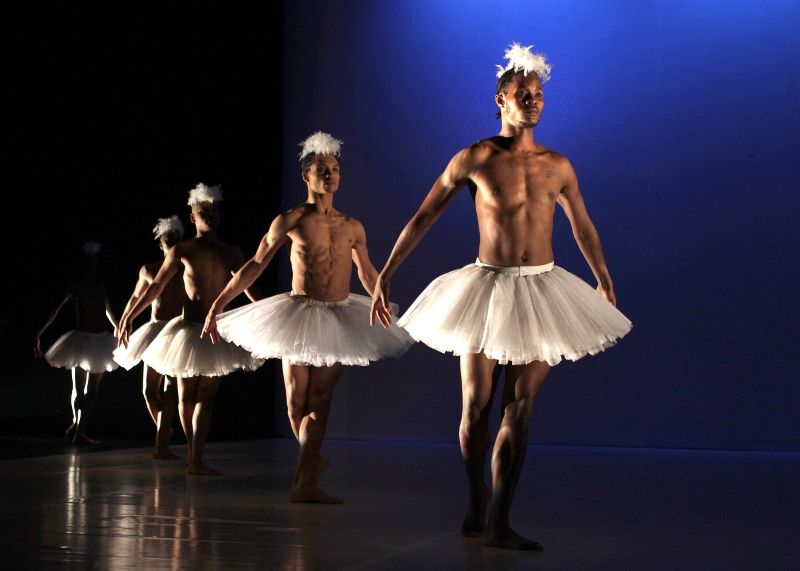 Montreal-based dance company Danse Danse specializes in bringing contemporary dance movements from around the world to the Montreal stage, and this week they’re hosting South Africa’s Dance Factory Johannesburg and their choreographer/lead dancer Dada Masilo with their interpretation of the classic Swan Lake.

Masilo’s take on the fairy tale is an envelope-pushing affair that fuses classical ballet with African dance styles and takes aim at many of South Africa’s lingering social taboos, including homophobia, AIDS stigma and the legacy of apartheid. Ahead of this week’s performances, Cult MTL contributor James Oscar interviews Danse Danse founder Pierre Des Marais about the show.

James Oscar: As a cultural institution (Danse Danse), your mandate of diversity is just unbelievable. I have to applaud you. What do you think diversity brings to the world stage?

Pierre Des Marais: We cannot just be in the white ballet world. There’s so much on offer around the world from Asia, South America, Africa and Europe, and that diversity of style is totally incredible. We [at Danse Danse] could present every week practically with what is available around the world. We cannot financially and physically, but it is what gives us the chance to show our public here what is being done right now elsewhere.

JO: Now with choreographer Dada Masilo and Dance Factory Johannesburg’s Swan Lake, you seem to be offering your audience new narratives. How do you feel about dance companies taking old narratives and changing them into something new?

PDM: The interesting thing is how do they reinterpret such a classic and bring it to their own culture, their own style of dancing — and how do they change it. Every choreographer wants their own touch and Dada Masilo does it in a very uncanny way. For us contemporary dance is usually non narrative, but with Swan Lake it is such a well known ballet — practically everybody knows the story, but Dada Masilo twists it and brings the movement from a classical point of view and really brings it somewhere else.

JO: You say in an uncanny way?

PDM: Usually the Prince is in love with the Swan, but now he is in love with another man. These are very much taboo situations in South Africa, so Masilo brings in stories of human interest within the work. The way she mixes styles of dancing within the piece, with tribal African style as well as classical and modern style. She intertwines it in the work. 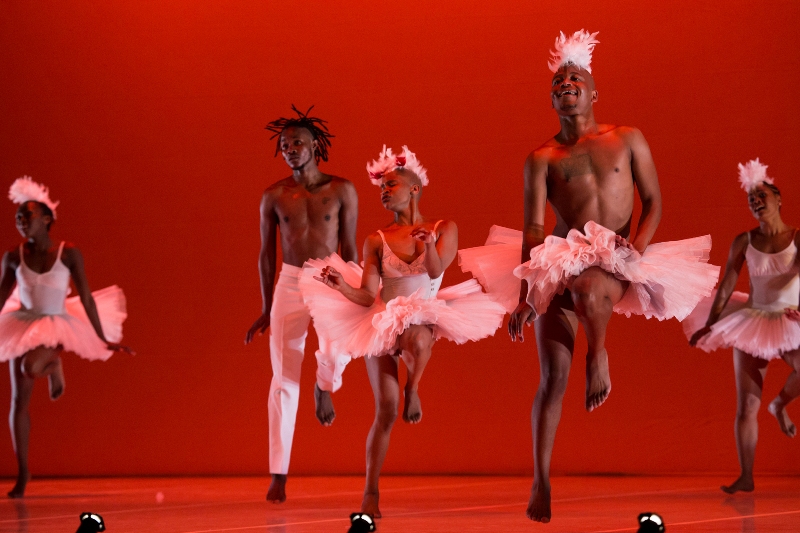 JO: I read in Victor Swoboda’s Montreal Gazette article of Jan. 7 that instead of the duet normally danced between the Swan and the Prince in Act 2, the Swan (Dada Masilo) will dance a solo. I am very interested in this changing narrative and this idea of mixing cultures. What I noticed is that in your curatorial selections of pieces that come to Danse Danse, you are going beyond that in some ways. I think that the works of the companies you bring in some ways are transforming the narratives, not just adding to it. For example, in the Swan’s solo dance the Swan is going beyond a typical love triangle. You are not bringing to Danse Danse things that are just political, or simply  South Africans doing Swan Lake. You are going beyond that.

PDM: Yes, because every contemporary dance work has some kind of roots, but these roots can be different for different people. That is why we try not to tell too much. We tell to our public what it is, but it’s for them to then develop their own narrative depending where they’re at in contemporary dance. Some of them have seen a lot and some of them have just seen a little bit, but even in abstract work, there is some kind of narrative. We get responses afterwards; “You tell me it was about that but oh my God I never saw that.” But that is what they saw and I think every narrative interpretation is right.

JO: Recently in an article on the New York MOMA’s web project POST-Notes on Modern & Contemporary Art Around the Globe, the curator Luis Pérez-Oramas said, “We should project the proper, unique names of the artists,” perhaps emphasizing the importance of not just the the country of origin. At Danse Danse, you are not just bringing different countries, you are bringing names, big names beyond their countries, Dada Masilo is beyond South Africa in many ways.

PDM: Dada Masilo is a bigger name in Europe than she is in South Africa. Same thing with some of our Quebec companies who are better known outside Quebec than in.

Of course Danse Danse is not a potpourri of different countries. The biggest name in the dance world is still Pina Bausch. Even if people did not see her, they knew of her. For us it is quite important to present choreographers that mark their time, the time we are in. Even if they do it outside their country, just as Hofesh Shechter is doing it outside Israel and Akram Khan is doing it outside Bangladesh. I find it interesting when these artists tackle other genres or they integrate their genres and styles of dancing into a new narrative, into the way they see it.

JO: Anything else to say about what we will be seeing with Swan Lake?

PDM: Keep your mind open. We want the audience to discover something they have not seen before. ■