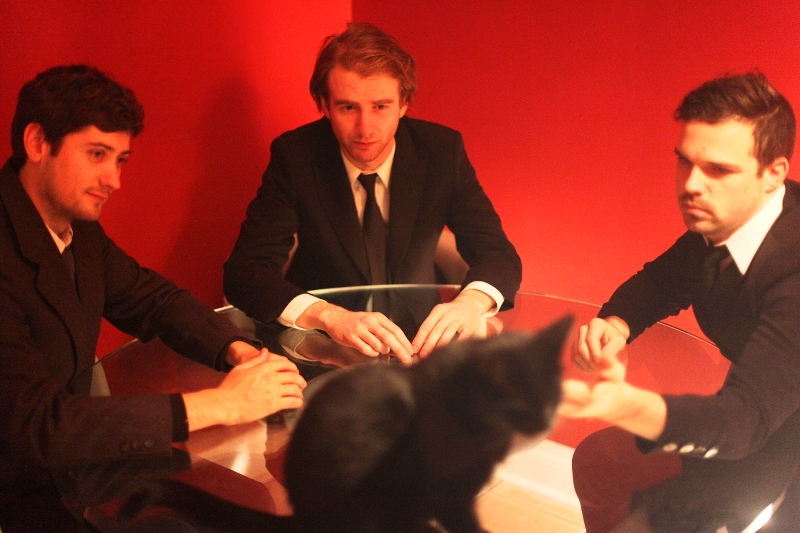 Montreal band Reversing Falls are back in action this week, launching the long-awaited Reversing Falls 2 with a show on Thursday, one day ahead of the record’s official release. (Scroll down to listen to the album streaming.)

Though their love of ’90s indie rock sounds as strong as ever, a few things have changed since the last time we spoke to the band’s singer and songwriter, Tyler Crawford. They officially replaced their MPC 1000 drum machine with flesh and blood drummer Jamie Thompson, and they made their new record entirely on their own, and on their own terms. On the first Reversing Falls record, Mark Lawson and Howard Bilerman contributed production and mixing, and also served as helpful sounding boards and critics for a band still searching for their sound.

“At this point we have a clearer vision of what we’re going for, so we didn’t feel like we needed or wanted outside input,” says Crawford. “I feel like we sort of shaved away any parts of [our sound] that we were unsure about on the first record. We were trying a bunch of different things, like piano or synth, whereas this time we’d all been playing together for a long time, so it’s a little more precise and trimmed down and closer to what we always wanted to do.

“In terms of the sonics, the palette of sounds we use, this one is all guitars, drums and bass, no piano or synthesizer or computery stuff. Anything that sounds insane or weird is just guitars and effects pedals.”

Crawford made the record in his home studio, working alone much of the time; despite the input from his bandmates, the personal nature of the project is part of the reason it’s taken as long as it has to finish. The band’s first record was released in April 2013, but the writing and recording process for this one began as long ago as 2012.

“Finishing this album is our biggest personal triumph. We all have a lot of other things going,” Crawford says, noting that he’s the sound guy and tour manager for Majical Cloudz, as well as a producer for other bands, while Charlie Neufeld has another music project called Colourwheel and Jesse Ash is involved with Sidemart Theatre. “In terms of how intensely active we are as a band, we’re maybe not as ambitious as other bands, and scheduling is not easy, but we’re doing everything on our own terms.”