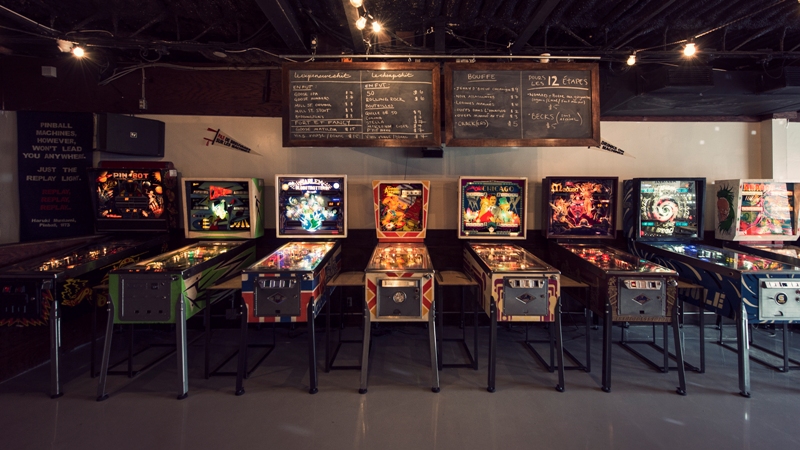 At long last, Montreal has a pinball bar, bringing old-school games, booze and food to one storied spot in the Plateau.

North Star is located in the St-Laurent Boulevard space that was occupied by Korova for over a decade — it was briefly called Cybertek before that, and Double Deuce — something of an infamous Portuguese-mafia-run bar — through much of the 1980s and 1990s.

The barcade concept is not a new one, and it’s had a presence in Montreal since 2011, but only in an underground capacity. In the same way that Grumman 78 lobbied to change food truck laws in this city, the people behind that pinball speakeasy have successfully worked with the city to bring the barcade to Montreal.

“Back in the day, pinball was really deeply enmeshed in organized crime,” says North Star co-owner Justin Evans, noting that efforts to outlaw and legalize pinball in some American cities have, over the decade, gone as far as the Supreme Court.

“Nobody really fought for it here, so there was this weird law where you could only have two pinball machines in a bar, or else in an arcade. But I love playing pinball in a bar — pinball and beer go really beautifully together.” 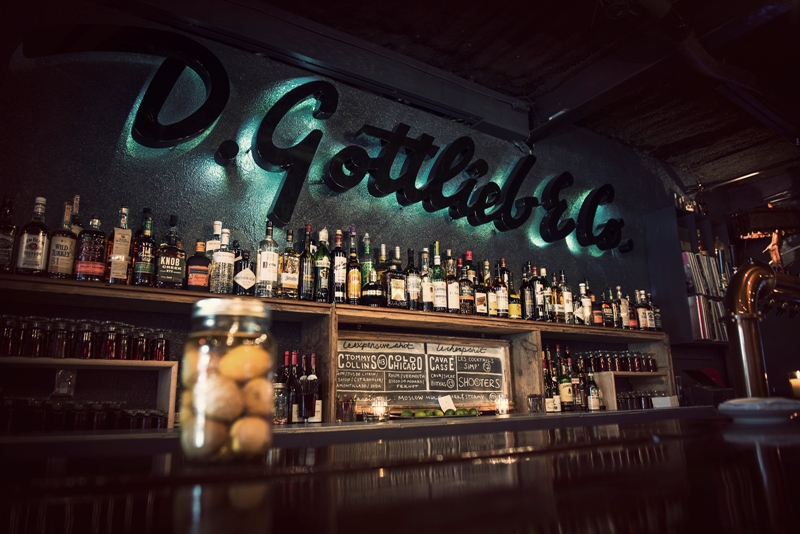 Evans is originally from Kelowna, and his partner, Adam Kiesler, is a competitive pinball player from Winnipeg. Both moved to Montreal about a decade ago as musicians, and have played with noise/experimental music acts such as AIDS Wolf, Rivers and Mountains, Et Sans and Sam Shalabi.

Another of their partners, Marie-Lyne Tarabulsy, will also be familiar to local music fans, having tended bar at la Sala Rossa for years. She and Evans are also graphic designers, and collaborated on the bar’s design work, alongside Jacob Logel and Chris Swanzey (Badger Services, Atelier Assembly), who constructed the bar’s booths and tables.

Evans explains that local pinball history is a prominent part of the conception and design of the space — some of the pinball scene’s old guard have already stopped by and will be giving their blessing officially at the grand opening later this month. The bar is named after the 1940s-era North Star Coin Machine Company, features a sign for well-known American pinball company Gottlieb over the bar and, among its 40 games (which will be displayed in rotation, eight at a time), is an original Montreal Pinball Machine.

“We have a shop where the speakeasy used to be and we restore and refurbish these beautiful machines,” Evans says. “You won’t be able to find pinball machines in better shape anywhere in the world, especially of this vintage.” 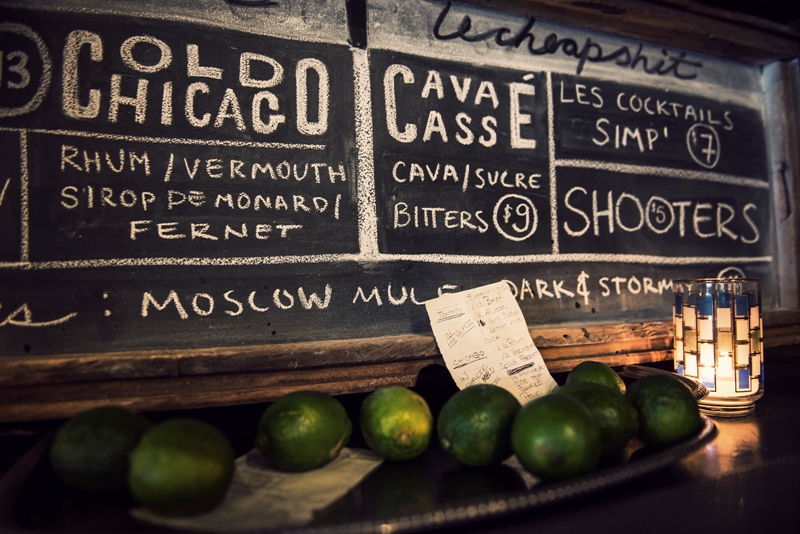 In keeping with the Depression-era idea of pinball as cheap entertainment, each game costs $1, and large bottles of very affordable Labatt 50 are for sale at the bar. But the drink menu also features fancy cocktails made with herbal tinctures from a rooftop garden. Likewise, the food menu — by former Sparrow chef Jeremiah Bullied — is divided into “l’expensive shit” and “le cheap shit,” featuring such items as organic beef jerky, pickled vegetables and tea eggs.

North Star’s vintage aesthetic also extends to the music. There will be no DJ set-up, but selectors can play sides of records on a single turntable, and patrons can pick tunes from a curated jukebox, which will be switched up every couple of months — currently the music is programmed by Backroom Records.

The bar had its soft opening on New Year’s Eve, with a grand opening to follow later this month. For Evans and his colleagues, this chapter in what he calls “the romantic history of pinball” in Montreal is a gratifying one that’s been a long time coming.

“We’ve been working for years to make this possible: a cool place where you can listen to music and hang out and play pinball,” Evans says, “and a place that’s also cool and exciting and not trashy on that part of the Main, which has gotten kinda beat up.” ■

The grand opening event is happening on Jan. 23.