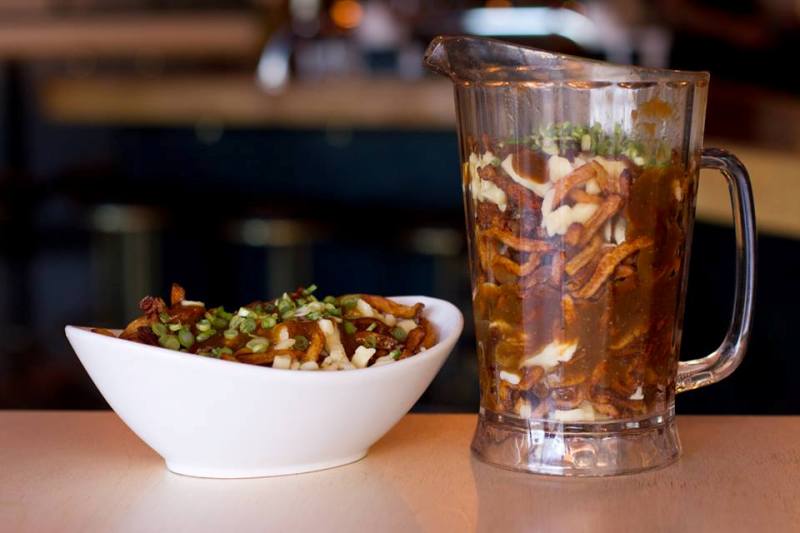 How do you like your poutine? Na’eem Adam, founder of upcoming comfort food fest la Poutine Week has a soft spot for the classique. “I’m a purist,” he says. “I really like my poutine to be just potatoes, cheese and sauce. If that’s done properly, that’s how I like it.”

For the first week of February though (Feb. 1–7), Adam and co-founder Thierry Rassam will be joining tens of thousands of other poutine enthusiasts who will be getting out and sampling some of the 50 extra-special recipes concocted by the city’s chefs and restaurateurs, which will be available exclusively during la Poutine Week. Recipes that pair the classic potatoes, cheese curds and sauce with everything from mac ‘n cheese to homemade rabbit sausage, molé, cilantro, pork belly and lobster, plus plenty of vegetarian options that are just as decadent.

“It’s incredible how creative these chefs are,” Adam emphasizes. “They do it with a two-fold kind of mentality: one is to create something that’s absolutely delicious — something you can eat with your eyes and your senses and really love it, and on the other side there needs to be a hook in a way, so that when people see a photo of it, they think ‘I need to try this one.’” 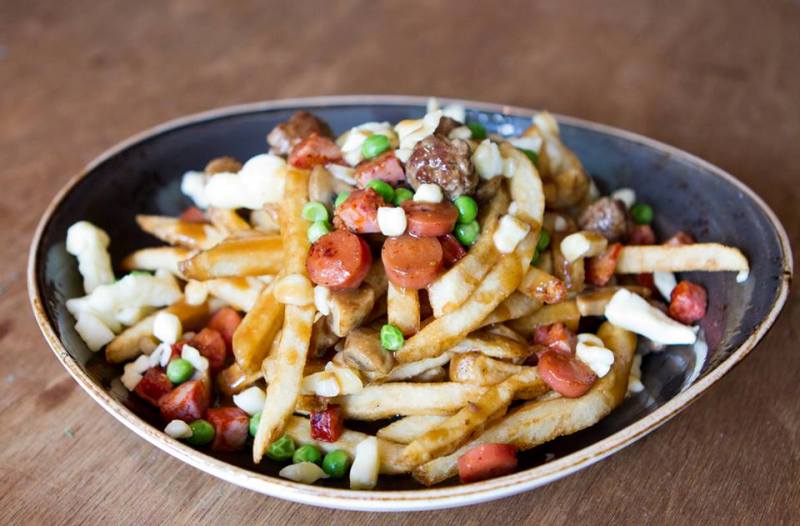 Now in its fourth year, la Poutine Week gives Montrealers (and participants in other cities including Quebec and Toronto and as far away as Europe, South America and Australia) one more reason to indulge in Quebec’s national dish — as if being deep into winter insulation mode wasn’t enough reason on its own to dive into a hot dish of gooey, cheesy carbs.

As usual, poutine enthusiasts can vote for their favourite dishes in a number of categories including “Most Original,” “Healthiest” and “People’s Choice.”

Brand new for 2016 is la Passe Poutine, which offers unlimited-use discounts at participating poutineries, plus extra perks like discounts at Uber and Just Eat, a Poutine Week tuque plus the chance to win prizes like Fitbit Charges, President’s Choice gift cards and a special poutine dinner for you and your friends with the Poutine Week team.

“The Passe Poutine is for those people who want to hop around and check out a few places,” says Adam. “You get to save a little bit of money, you get to take an Uber, so we made it kind of like a kit — and if it’s cold, you get to wear the tuque!” 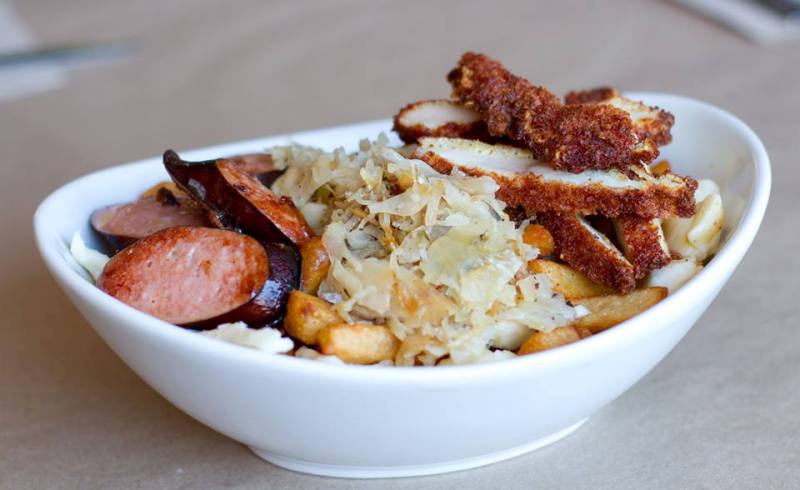 According to Adam, la Poutine Week isn’t just about poutine either — it’s also a way to encourage support for local businesses during what’s normally a notoriously slow time of year as people tend to hunker down with their Netflix accounts during the cold months.

“It’s the best sales week of the year for some of these restaurants,” Adam says. Other hospitality industries may see a wintertime uptick too, if more out-of-towners follow the example of one Chicago couple whom Adam has learned have decided to spend their wedding anniversary in Montreal during Poutine Week.

For the rest of us Montrealers already long-accustomed to the late-night poutine tradition, this year’s edition of Poutine Week is shaping up to be another fun and tasty opportunity for chefs to get creative with new and delicious recipes and for food-lovers to enjoy a night out at their favourite restaurant and maybe even try some new ones, too. 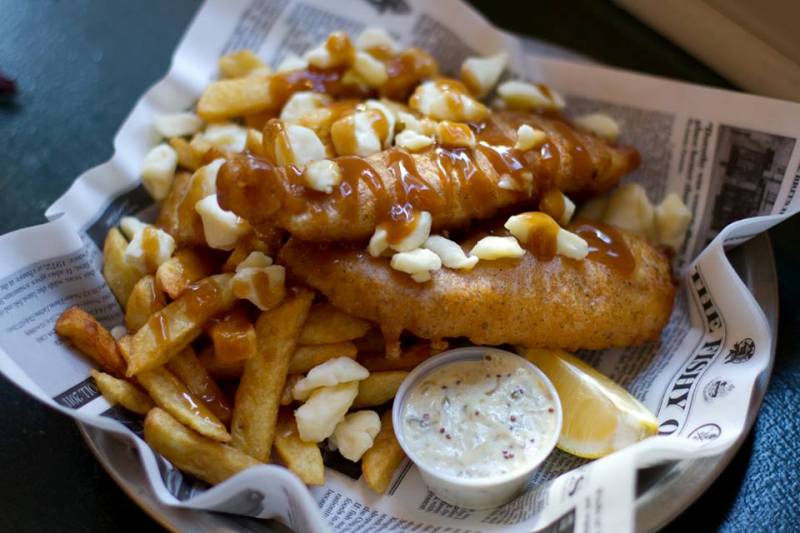 Here are 15 highlight poutines that we can’t wait to try:

This poutine hits it out of the ballpark with homemade rabbit sausage pogos, a touch of mustard, and Zacharie Cloutier cheese

A poutine made to complement a cold craft beer with veal & beer gravy, beer-braised pulled bison, beer-fried shallots and caramelized onions join cheese curds on a bed of yellow and sweet potato fries 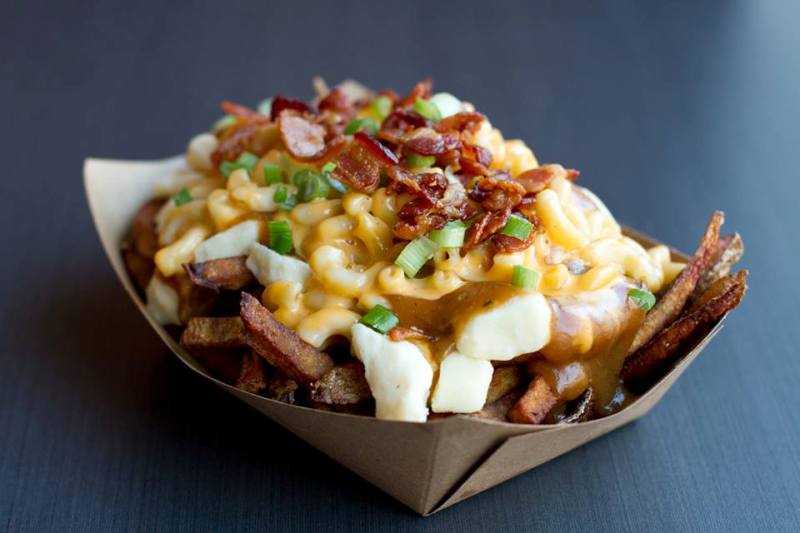 Start your day with a Mexican breakfast poutine with special spicy molé sauce over coffee-rubbed steak, cheese and a poached egg over potatoes 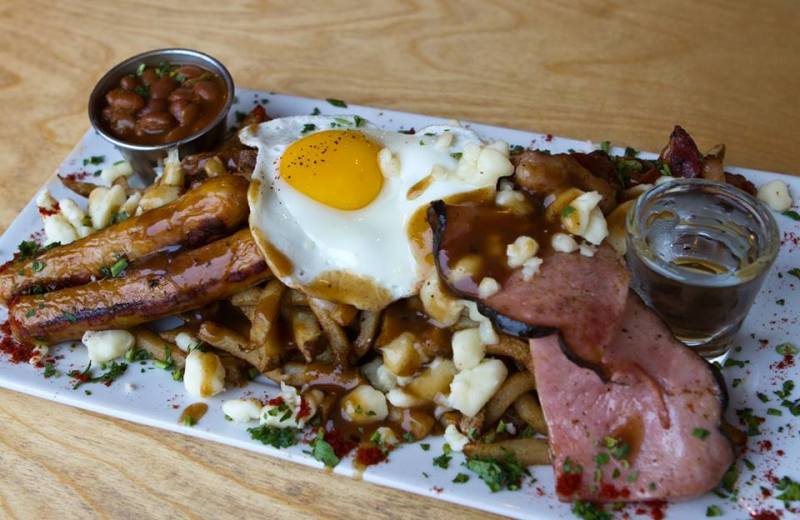 A protein-filled way to cap off a night of partying with bacon, ham, sausage, beans, homemade poutine sauce and cheese curds, topped with a sunny egg and served with a shooter for a little hair of the dog

This giant poutine, sized to share with a friend or two actually comes in a beer pitcher, with St-Guillaume cheese curds, green onions and Simple Malt Dubbel brown beer sauce over fries 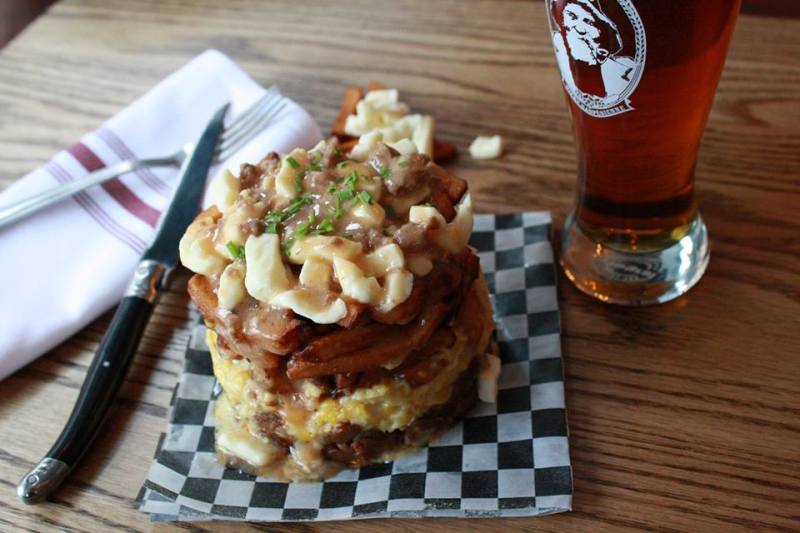