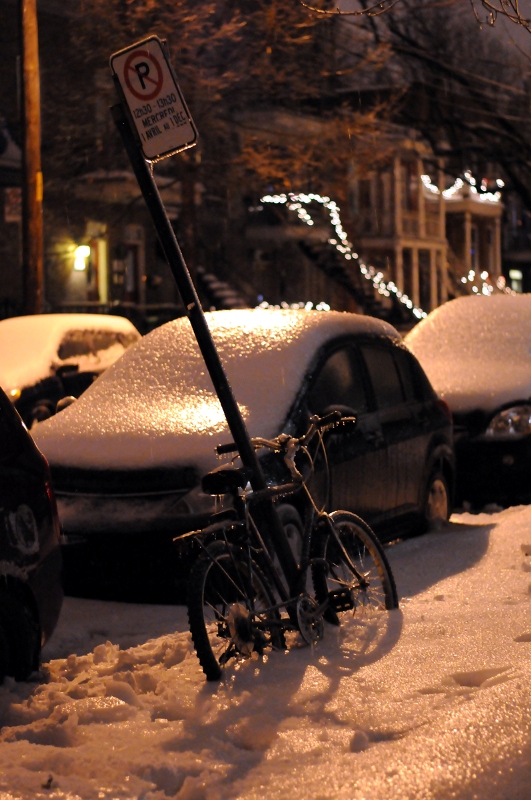 From weird weather to changing politics, festivals growing bigger and higher expectations each hockey playoffs, there’s never a dull moment in Montreal in 2015. Here’s 2015 in photos that are featured in Cult MTL photo galleries:

1. Ice Storm Redux (see above) 2015 started with some scary icy conditions, a reminder of Ice Storm ’98. The trees were frozen and ready to snap while streets were icy and dangerous to walk on. This photo is of a familiar winter sight in Montreal: the abandoned bicycle that is left out all winter to battle the elements. (See the full gallery here.) 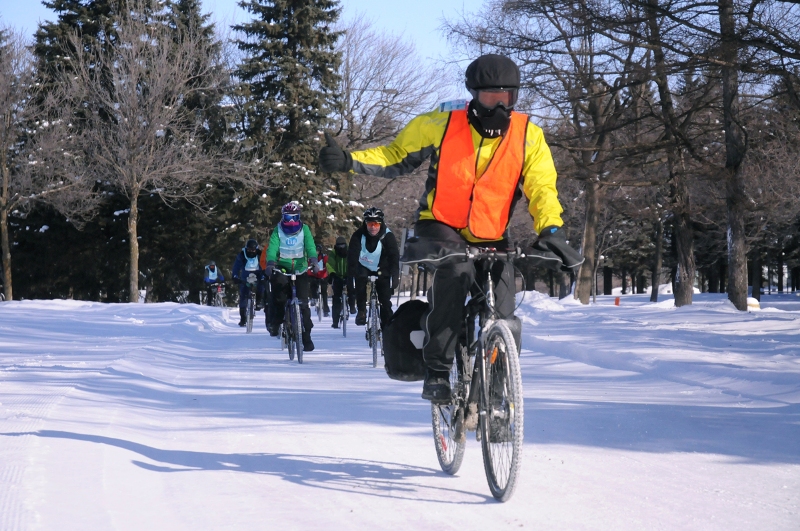 2. Velo Sous Zero The second edition of Velo Sous Zero doubled the amount of cyclists, showing the popularity of winter cycling and promoting year-round biking in Montreal. It also happened on a day where the temperature was -20 degrees. This would sum up the Winter of 2015 in one word: painful. But it didn’t stop 1,000 cyclists from the 15-kilometre ride. (See the full gallery here.) 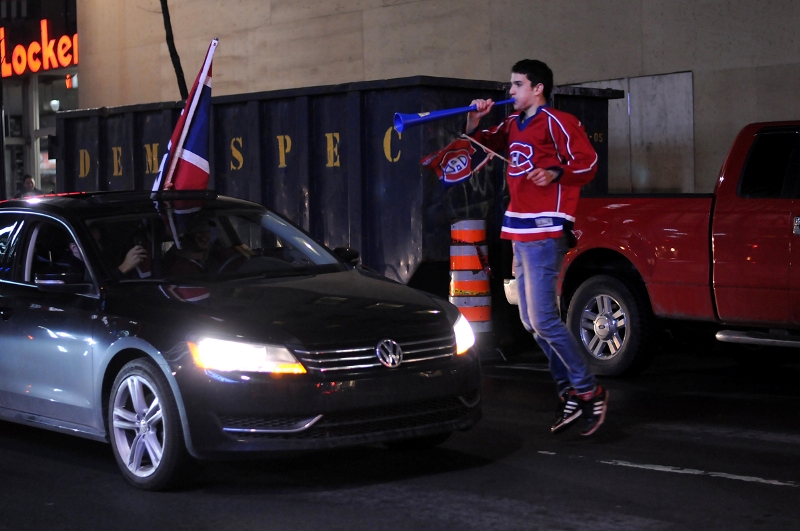 3. One Man Habs Parade The Montreal Canadiens were the best in the East this past Spring with a career year by MVP goalie Carey Price. They had a tough first round against the Ottawa Senators but won in six games. It was a quiet Sunday night victory celebration but I give credit to the guy who got out of his car with his vuvuzela and started running down Ste-Catherine. Here’s hoping Price comes back healthy, the Habs recover from a dismal December and more guys like this party through the playoffs. (See the full gallery here.) 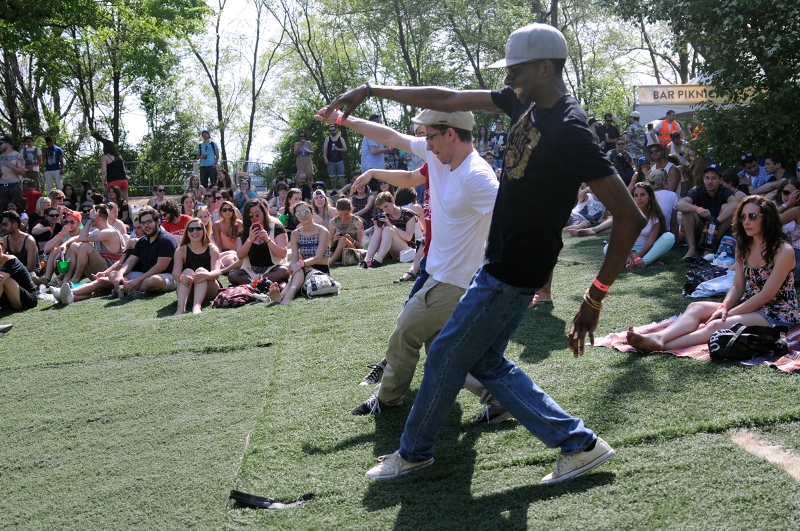 4. Piknic Groove Opening weekend at Piknic Electronik, where these guys were getting their groove on in the sun, is the first sign of summer in Montreal, signalling that it’s almost time to start going out again. (See the full gallery here.) 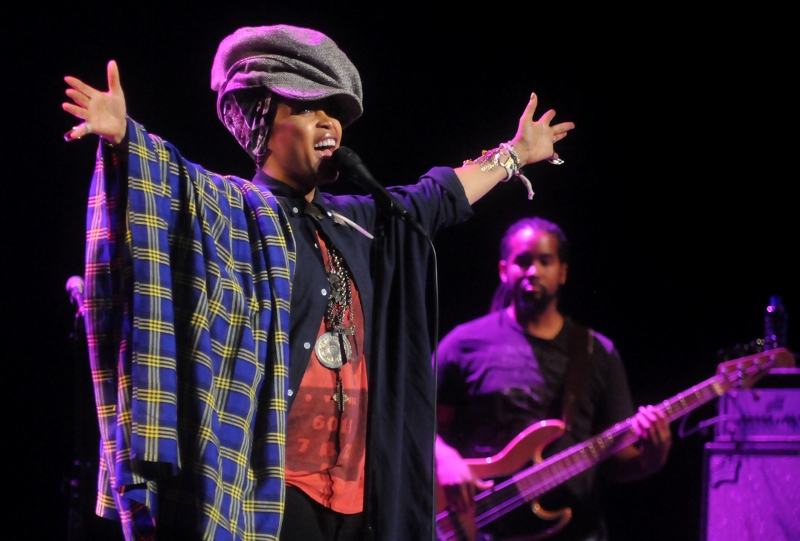 5. Erykah Badu at the Jazz Fest I love photographing at Place des Arts during the Montreal Jazz fest as the venues are so beautiful. I’m normally allowed only a short amount of time to take photos at the beginning of a set, but when Erykah Badu played Salle Wilfrid-Pelletier, she started with a medley of songs that kept going on and on, with the crowd on their feet. (See the full Jazz Fest 2015 gallery here and here.) 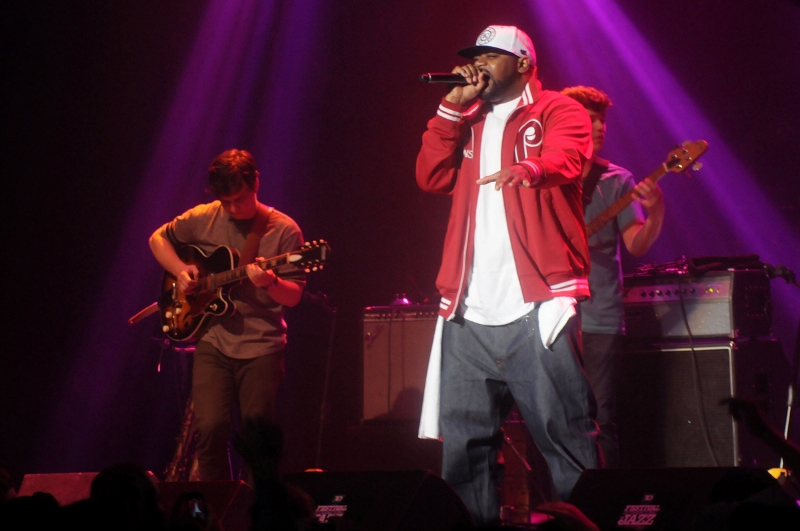 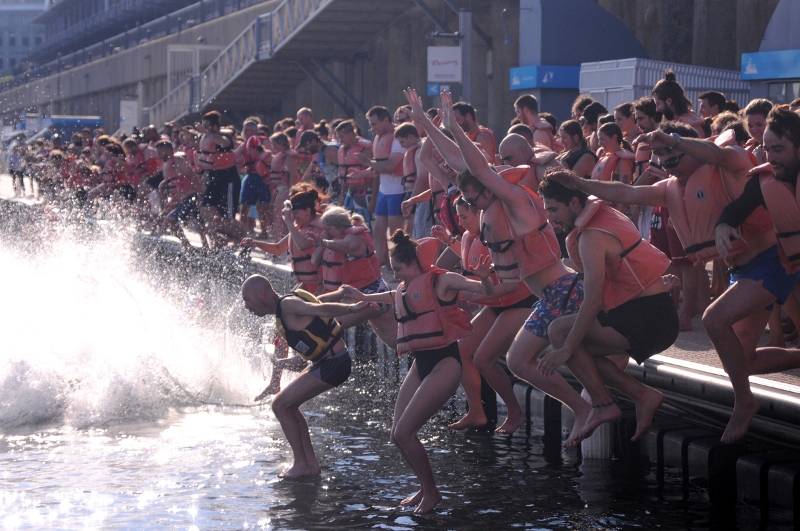 7. Le Grand Splash A sweltering July heatwave was great timing for le Grand Splash in the Old Port, promoting the improving conditions in the St. Lawrence as potential for future recreational use. This was months before the controversial “Flushgate” as the city dumped sewage into the very same river. The debate about future beaches along the St. Lawrence continues. (See the full gallery here.) 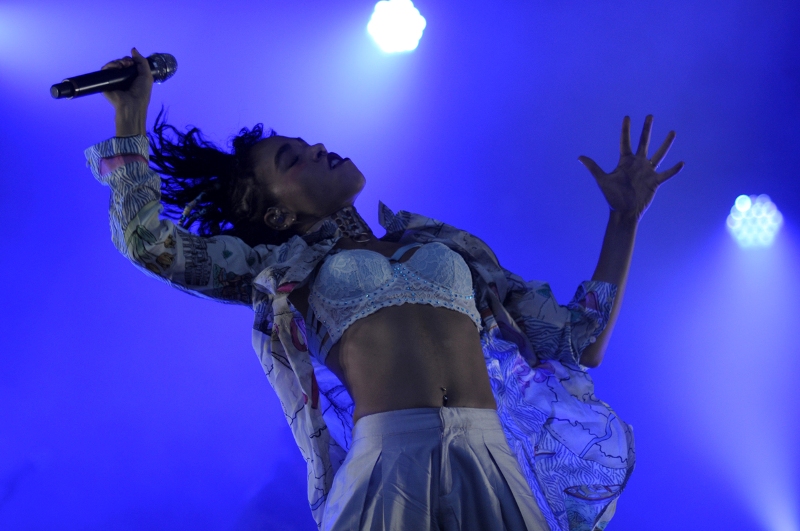 8. FKA Twigs at Osheaga Osheaga celebrated its 10th anniversary with its biggest edition yet, and the busiest three days of the year for myself and the Cult MTL crew. Running from stage to stage, it was a marathon of photos. Sometimes, there’s an act where something connects and something amazing happens. I had that with FKA Twigs, who had appeared on Cult MTL‘s cover exactly one year prior to her Osheaga set. Something about her dancing, the pyjama-like outfit she was wearing allowed me to capture something unique. (See the full Osheaga 2015 band gallery here.) 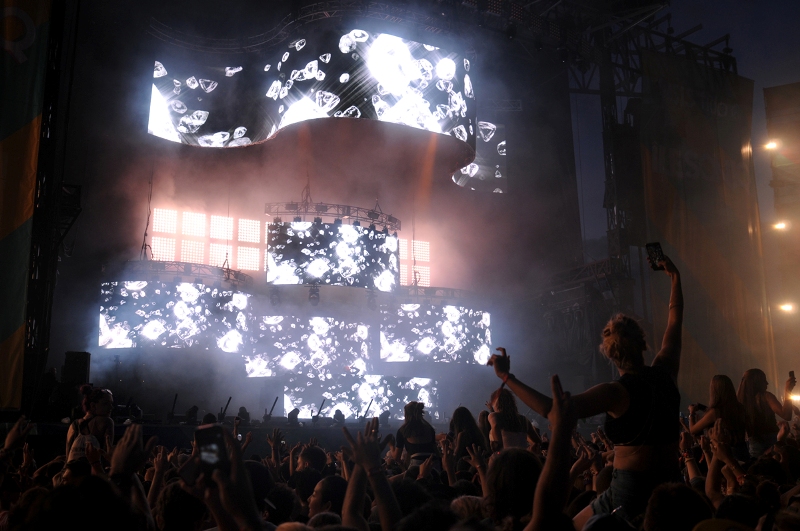 9. Kaskade at Île Soniq The second edition of Ile Soniq was bigger than the first,as the EDM scene is finding its place on Montreal’s festival scene — it left quite the impression. I always throw in a fun crowd photo to get an image of what the festival is like. During Kaskade’s set on day one, I caught someone on a set of shoulders in selfie mode. (See the full Ile Soniq artist gallery here.) 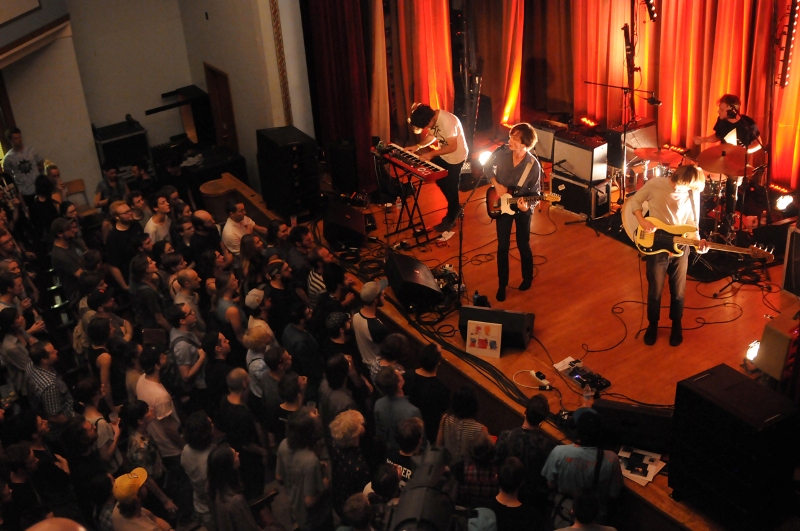 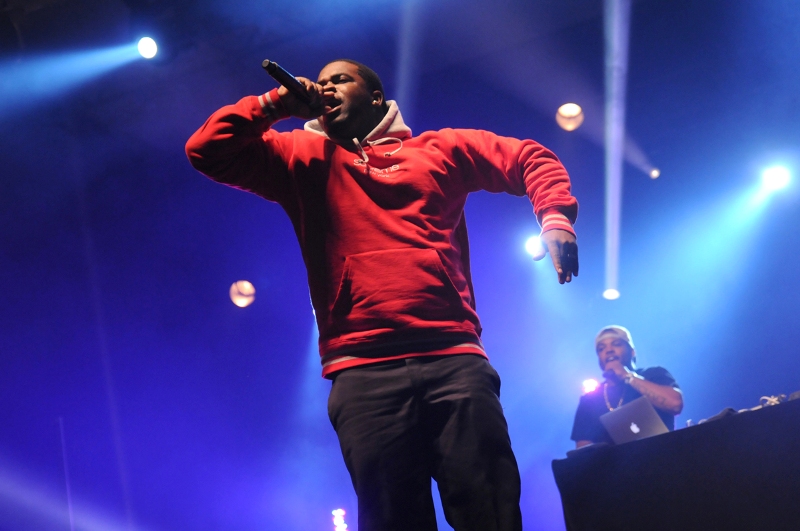 11. A$AP Ferg at MRCY Fest One of my favourite photos came out of Laval. MRCY Fest stepped up their festival game for the second edition and the highlight for me was A$AP Ferg. But the months of festival photography were finally catching up with me, and I’m surprised that I was able to pull this photo off — a moment mid-jump, with the right lighting. (See the full MRCY gallery here.) 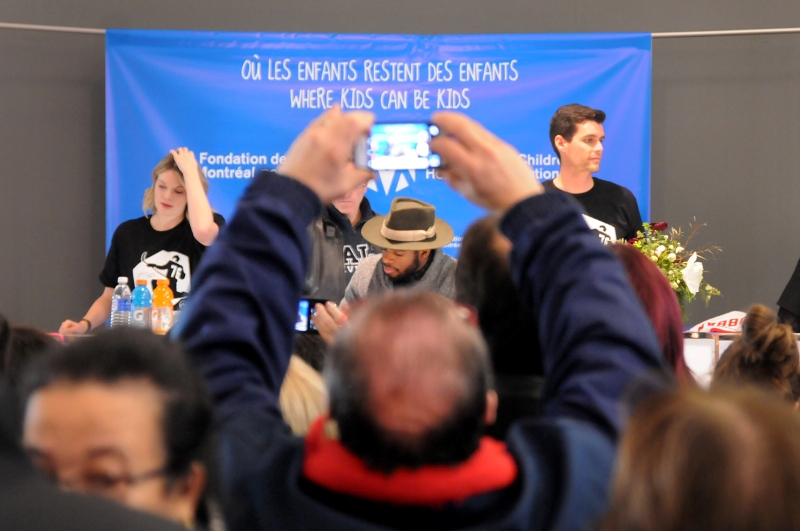 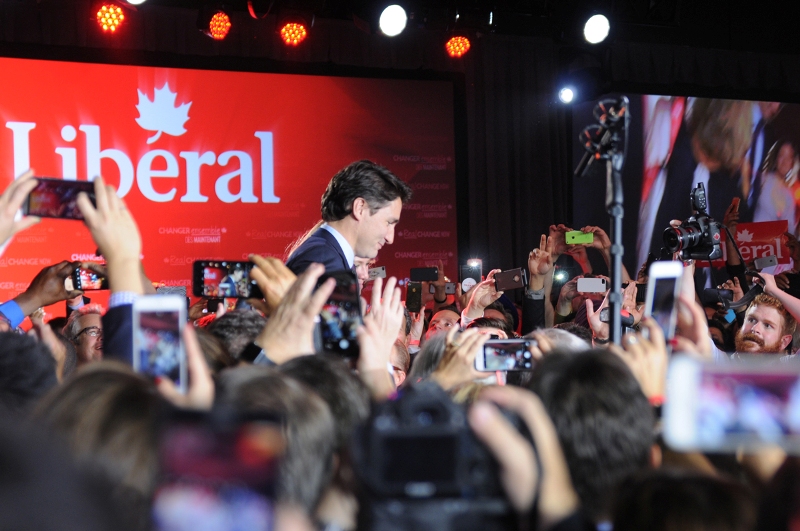 12. Phone photography culture with Justin Trudeau and PK Subban Smartphone culture means that there will be people with their phones in the air at all events. Lately I’ve been taking pictures of people taking phone photos of events. When Justin Trudeau gave his victory speech at the Fairmont Queen Elizabeth Hotel, and when PK Subban made a charity appearance at Carrefour Laval, the sea of phones were part of the mania. 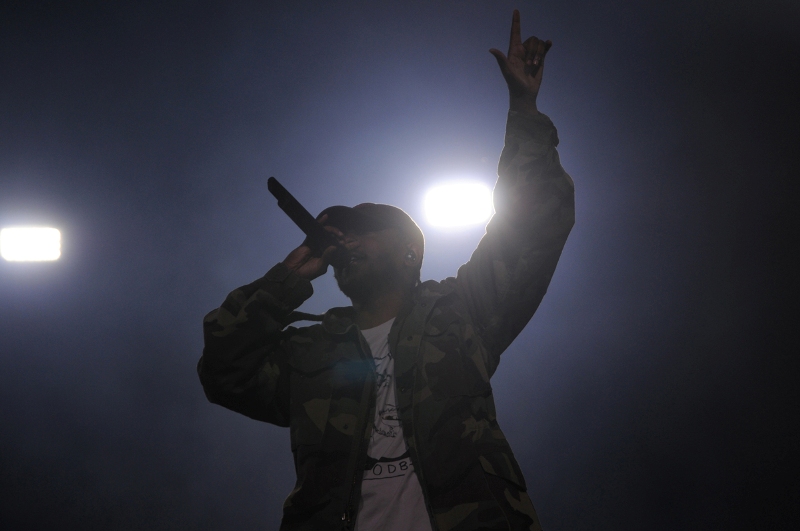 13. Bonus: Kendrick Lamar at Osheaga I threw in a bonus photo of an artist who made the album everyone was talking about. I photographed Kendrick Lamar at Osheaga 2013 when he was performing in the middle of the day. It was different this time around as he was a headliner. The show left me speechless. To Pimp a Butterfly has been playing in rotation on my headphones ever since, and not many artists have that kind of impact on me. The photo speaks for itself. ■