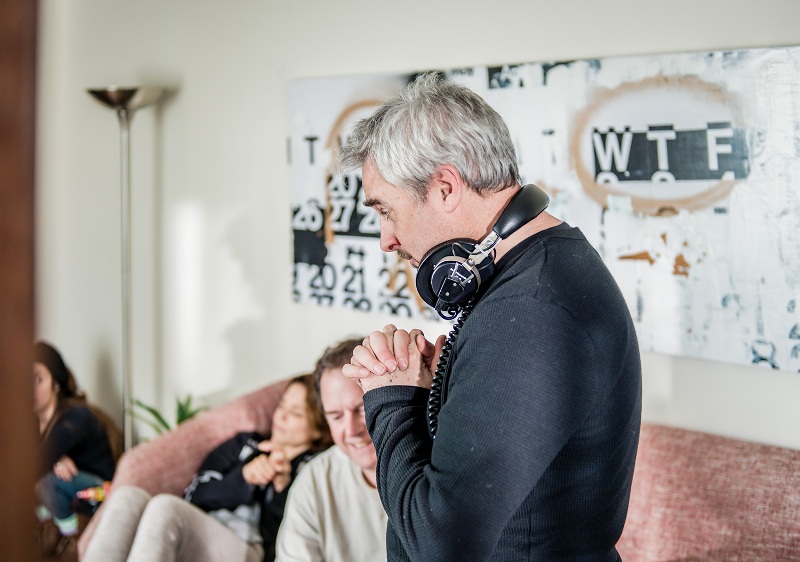 Michael Rowe (foreground) on the set of Early Winter, with Paul Doucet and Suzanne Clément

I write about local and non-local movies for Cult MTL, but these pretty cut-and-dried parameters don’t really apply when you look at Michael Rowe’s Early Winter. Rowe was born in Australia but has spent almost two decades living and working in Mexico, where he’s made two features in Spanish. To complicate things, Early Winter is set and shot in Quebec but is predominantly in English even though his two stars (Suzanne Clément and Paul Doucet) are mostly known for their francophone work. Sounds complicated, but Michael Rowe assures me it’s not that complex.

“I met Serge Noel, the producer, in a festival in Guadelajara a couple of years ago. We got on well and we wanted to do something together. I’ve been living in Mexico for 21, almost 22 years, and cultural assimilation is very interesting to me as a theme. It’s something that runs throughout my cinema, but this is perhaps the clearest example.”

Early Winter tells the story of David (Doucet), a middle-aged Québécois man who lives in the country with his wife Maya (Suzanne Clément) and two children. David works nights at a janitor in a long-term care facility, which means he leaves his Russian, non-French-speaking wife alone at home almost every day. A rift has grown between the two of them in the years that followed the birth of their sons. Even though we’re not made privy to much information about their lives, it’s intimated that David had a family before this one, and he lives in constant fear of Maya’s relationship with her ex-boyfriend. 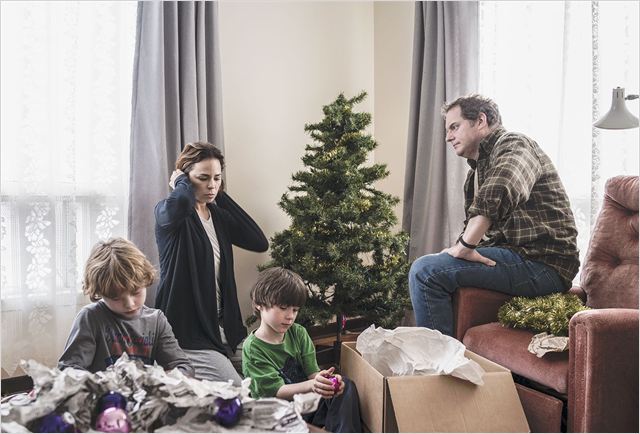 I bring up that the film feels very much born out of our cinema, both with its concerns about language and cultural assimilation but also because, in my mind, Quebec cinema features a higher percentage of characters who work in health care. “If you look at any western society straight on in the face, you’ll get the same themes coming up in Australia, in France, in Canada…” Rowe explains. “Even the United States, paradoxically. They’re very different from other cultures — their culture is the most influential culture on a world level, but it’s very different in terms of proportion. The balance of everything is quite different. I think that are recurrent human themes in the current industrialized society.”

Rowe lets every scene play out in static long takes; characters move in and out of frame and earshot, conversations play out with heads completely out of frame, and every second of strained silence is played out in real time. It’s not until about 20 minutes into the film that the audience gets a good look at its two main characters’ faces. For Rowe, that’s less a stylistic decision than it is a personal philosophy.

“My first two films were done in a similar style,” he explains. “I’m a little bit dogmatic and I’ve always been a little obsessive in terms of… When I wrote poetry, when I wrote theatre, I was always preoccupied with form. I come from a writing background. I became a director in self-defence because nobody would make my films. I believe very deeply that you need two things to make a good film: one is a good script and the other one is good actors.

“If those two are in place,” he continues, “then I think the rest is… I was going to say superfluous but I’d go as far as to say manipulative. I don’t believe in using extra-diegetic music, for example, because it’s almost always used to manipulate the emotional reaction of the audience. A good number of camera movements are used to manipulate the emotional reaction of the audience, too; the ones that aren’t are used to follow the actors around, which is not a decent reason to move the camera. It’s easier for a director to do things that way, so for me, there’s a rigour involved. It’s not the easiest way to make films, I know that, but it makes me have to work and have to think very deeply about every single shot. I’m an artist — I believe in working with actors and giving them a chance to do their art. Often, performances are constructed in the editing room and I think that’s dishonest. I find that the actors I work with really enjoy this style of filming because they get to work and construct a dramatic scene from beginning to end.” ■