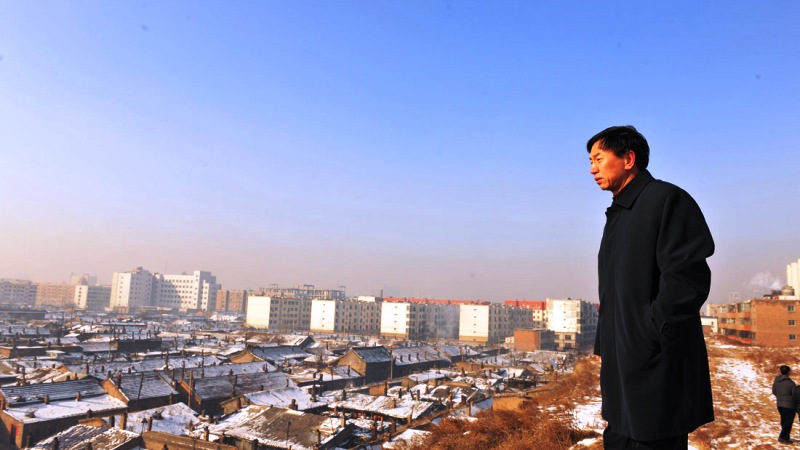 Geng Yanbo in The Chinese Mayor

The days of the Forbidden Imperial City are long gone, yet the mystery surrounding China and its government is still very present in the western mind. Tales of Orwellian bureaucracy ruling over the most populous nation of the world sometimes reach our media, and the success of savage capitalism in a land still under the iron grip of the Communist Party of China can baffle the mind. It is a rare privilege to witness how the wheels and cogs of their political administration work and how they can affect more than a billion lives every day.

The mayor of Datong, Geng Yanbo, is an ambitious man. Put in a position of power with the goal of modernizing the former ancient capital, the politician is rushing against the clock to rebuild parts of the old walls surrounding the city, forcing thousands of residents out of their homes. The film crew following him get an almost unlimited access to the political, administrative and social events that unravel during a most crucial year in Datong.

At first glance The Chinese Mayor seems set to exploit an oft-seen theme of David vs. Goliath. The viewer might expect a tale of impoverished residents dealing with the consequences of a ruthless monolithic rule going forward with its plans, with little care for its citizens. While in the end it’s true that many citizens of Datong get the proverbial short end of the stick in this story, there’s more to this tale. The behind-the-scenes look we get with Geng Yanbo and his entourage show us something much more frightening than the idea of an evil government led by morally ambiguous rulers — it gives us the truth.

Despite his ambitions of restoring Datong to its former glory, Yanbo isn’t oblivious to the results of the expropriations and the damage he might cause. Smothered by guilt and on the constant verge of exhaustion against an impossible task, the politician often seems as powerless as his citizens.

As time passes, we will certainly have the chance to discover a “China” that we never imagined existed. Its people are increasingly more confident in speaking their mind about the government and other aspects of their lives, which bodes well for the future. The Chinese Mayor is probably one the first occurrences of a free-speech exercise in the country’s history, which makes it a must-see. (Emmanuel Delacour)

They Will Have to Kill Us First: Malian Music in Exile 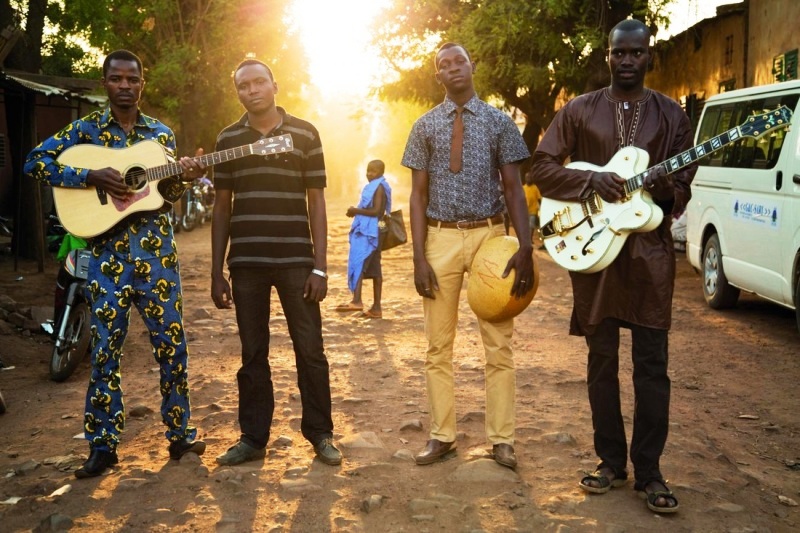 I feel like the whole “white rock star travels to foreign land torn apart by crisis, discovers saviours of pop music” things should probably have stopped with Paul Simon and Graceland, but it’s thankfully only part of the story in Johanna Schwartz’s They Will Have To Kill Us First which takes a wide-ranging look at life in Mali and Burkina Faso (where many Malians eventually ended up) after Islamist extremists declare a country-wide ban on music of all kinds. The film follows a handful of people whose lives are defined by their love of music and the way the ban has radically affected their lives, from a Tuareg musician who becomes ostracized after the coup and a band of youngsters who play a kind of bouncy desert blues and fall in with Damon Albarn and his Africa Express project.

The geopolitical situation in Mali was mostly news to me (I guess when things are tough all over, some things don’t get as much ink on this side of the ocean) and Schwartz weaves an intricate and often thunderously depressing tale. Schwartz avoids the easy pitfall of acting like the music is actually life-changing (nothing makes music less appealing than being told beforehand that it’s going to change our lives) and instead focuses more on performance as an act of expression and rebellion. The key argument isn’t that this music will change the world — it’s that all music changes the world, which is a welcome point of view in a documentary landscape overrun with musical excavations prone to exaggerations. (Alex Rose)

For the full RIDM schedule and ticketing info, go to the festival’s website.