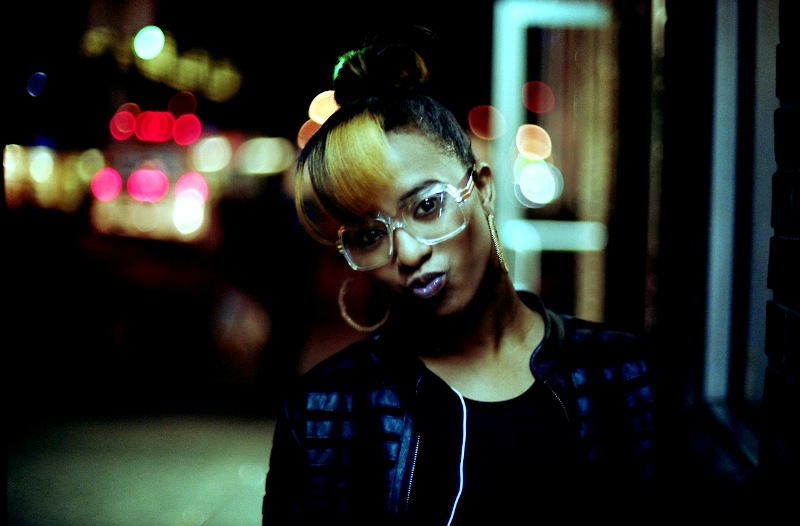 Deprogramming cult members, privacy in the digital age, a portrait of Omar Khadr and the drug-fuelled nights of Harlem’s homeless are just a few of the subjects covered by this year’s Montreal International Documentary Festival (RIDM). Theatres around Montreal will host the 18th edition of RIDM from Nov. 12 to 22, so grab some popcorn and prepare to be transported.

At the urban loft headquarters of RIDM, executive director Mara Gourd-Mercado and artistic director Charlotte Selb discuss the upcoming festival’s line-up. “That’s like picking a favourite child!” says Gourd-Mercado when asked about the films she’s most excited for. This edition of RIDM boasts over 140 films from more than 40 countries.

My Love Don’t Cross That River (Moyoung Jin, 2014), is a South Korean film about a couple that has been together for 76 years. “Their little story on the passing of time and what it does to people and relationships is so human,” she says.

Another slice of life is Call Shop Istanbul (Hind Benchekroun and Sami Mermer, 2015), about Istanbul’s multicultural migrants through the emotional phone calls they make to their families. Deprogrammed (Mia Donovan, 2015) is the story of Matthew, the director’s stepbrother, who was subjected to cult deprogramming by the infamous Ted Patrick.

Guantanamo’s Child: Omar Khadr (Patrick Reed and Michelle Sheppard, 2015) is arguably one of the most anticipated films this year, “whether you agree or not with the point of view that is displayed, we have to be aware of Omar Khadr’s story and give him a voice,” says Gourd Mercado.

Equally important is Homeland: Iraq Year Zero (Abbas Fahdel, 2015), filmed in Iraq over 10 years before, during and after the American invasion of 2003. “We’ve seen so many mainstream images of the conflict in Iraq but living the experience of war from the inside is a very woeful and important one to understand,” says Selb.

A space for discussion and reflection

Every year RIDM gets up to 900 film submissions, which the programming team under Selb narrows down. “When we look at films we love having our world turned upside down,” she says, “the first standard is the artistic quality of the film, documentary is an art form.” This year’s edition of RIDM also features 120 guests including filmmakers, directors and producers who will be conducting discussions after the screenings. “The general audience has a thirst: they want to communicate with the artists,” says Gourd-Mercado. At RIDM, she adds, “you get to see the vision behind the film and go beyond it.”

Why does documentary, particularly the tradition of auteur documentary, hold such a strong place in Quebec culture? Gourd-Mercado credits the unique flavour to the province’s history. “For a long time Quebec artists and voices weren’t heard, so during the Révolution Tranquille the documentary movement became a way of expressing Québécois reality and is now a part of our heritage.”

This year’s Quebec films include opening film Les Vaillants (Pascal Sanchez, 2015), a moving and personal account of the community living in a public housing development in the St-Michel district, and Pinocchio (André-Line Beauparlant, 2015), a bittersweet story about the Montreal filmmaker’s brother who is a compulsive liar. In the Canadian feature competition and Report on Quebec sections of RIDM, “you can hear the different voices from across Canada and all the subject matters that touch Canadians,” says Gourd-Mercado.

The ethics of fiction and reality

Documentary is a “dangerous field” says Selb, referring to the ethical dilemmas of being caught between reality and fiction. The Other Side (Roberto Minervini, 2015) on America’s Southern “white trash” culture exemplifies this paradox, applying strategies and aesthetics that we are accustomed to seeing in fiction films to a documentary.

Field Niggas (Khalik Allah, 2014) uses asynchronous sound, saturated colours and slow motion to show the audience Harlem’s homeless drug addicts in the night. The artistry of documentaries is often overlooked and needs to be better understood. “Documentaries are the point of view of an artist on reality and they’re always a transformed construction,” says Selb.

Because of their subjectivity, political documentaries in particular have been criticized as biased. Responding to this issue, Selb says “they are absolutely one-sided but so is mainstream media. We’re trying to reach out and show different and surprising perspectives.” Another hot topic is the victimization of subjects. With such heavy themes, “it’s difficult to predict when the experience of the protagonist will be positive or not, but it helps when the director spends a lot of time before and after filming with their subject,” says Selb.

Make your own experience

This year the films are broken down into three sections: the official competition (with four competitive sections), two retrospectives (Thom Anderson and A Photographer’s Eye) and a thematic section called panorama. Within panorama, six different categories offer films about Quebec (Report on Quebec), the world in crisis (The state of the world), arts and culture (ARTifice), humanity (Portraits), music (Beatdox) and new technologies (UXdoc). This wide range allows spectators to tailor their RIDM experience to their personal tastes. Selb says RIDM “is a fun space with a young audience, anybody who’s curious will have a good time. It’s a misconception that documentary is always serious and political. A lot of films deal with current affairs, but the community is so humble and offers a lot more than that.” ■

See ridm.qc.ca for the full schedule and ticketing.