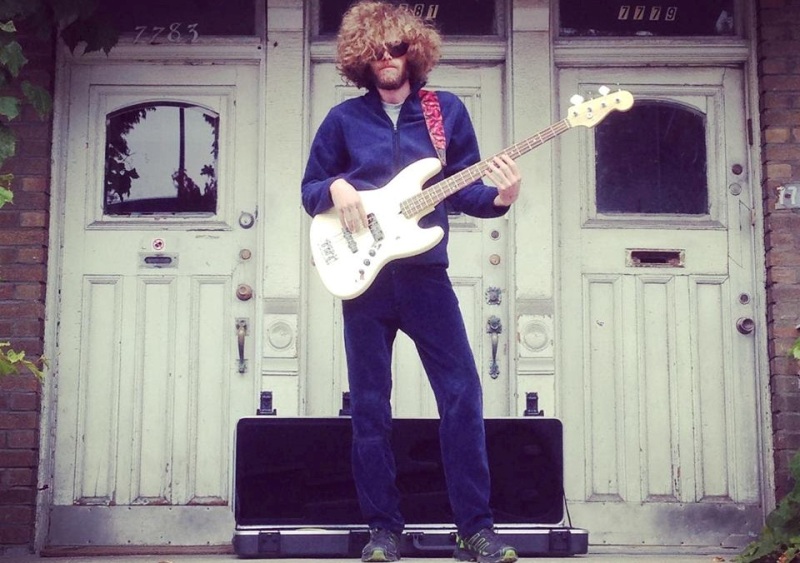 At long last, Cult MTL has caught up with Karneef.

Even before his solo career began, the Ontario-born Montreal musician was an established scenester, a regular on-stage accompanying acts like Sean Nicholas Savage, Pat Jordache, Jef Barbara and Doldrums.

He’s playing with the latter this week at M for Montreal, and this weekend, Karneef and his new back-up band are launching a second solo album, Musique Impossible. The independent release, available digitally as of Nov. 21, is an ambitious 18-track follow-up to 2013’s Love Between Us, and a step forward on the path of jazz/funk/electronic/pop fusion that that first record set in motion.

I reached Karneef by phone at his favourite Parc Ex (wifi) café at the end of October.

Lorraine Carpenter: What was different about the making of this record vs. your debut?
Philip Karneef: I’m more comfortable, that’s for sure, because songwriting is a pretty new thing for me. Before my first record, most of my experience came from making tape music in school. That was the first time I really felt comfortable anywhere. I spent a lot of time at night in the studio by myself, and I was really bad at being alone then. It was the first time I’d found anything that made me happy that wasn’t drugs and…I don’t know what else, boobies I guess (laughs).

So it was really hard for me to sit down finally, after all those years playing drums and bass and helping others, to write songs and to actually finish them. It’s still really hard. I don’t feel like I have a very good grasp of what I’m trying to do; I change my mind a lot.

The [first record], I wrote all the parts and then I had them rerecorded. That’s what impeded the release of the first one — I wanted so badly for it to sound like something it wasn’t, and that’s why I redid it. The two versions are really different, and the first version is not bad, it just sounds like it was made with a computer. So does this one in a lot of ways, if you listen carefully.

Since this record ‘s been done, I’ve just been basically making techno instrumental music again, which is really satisfying ’cause I don’t have to worry about saying anything. I get to really focus on the sound design and trying to come up with new ways of blending and creating sounds.

LC: I’ve noticed that quite a few writers have been referring to your sound as jazz. How does that sit with you?
PK: It’s cool. I’ve said it — people like to ask what it sounds like and I say it’s like fusion or it’s like pop or it’s pop-fusion. Once you start using a Rhodes piano or something or even just a drum set, and playing it expressively and the dynamics and stuff, that’s the word that comes out and I guess that’s okay ’cause people like to use words.

But I am a drummer and a lot of the time when I don’t know what notes to use, I just choose one note and I just make sure that the rhythm is good that happens in jazz quite a bit.

LC: So you were with the local label Club Roll, but now you’re releasing this one independently? How is that working?
PK: I’m gonna try and make this an independent effort and make it work by some grace of god. I have no idea. I think it’ll be okay, I have a feeling. I’ve got a publicist and some distribution happening. I hope it doesn’t take away from writing more music ’cause that’s what I should be doing at this point. If I stop, I get really sad and my whole life falls apart. That’s why [the record] took so long. In two years, I should’ve made much more music, but the cycle of depression and the weather and shit, it just takes way too much out of me.

LC: You told me recently you were planning to go to Turkey for the winter. That still the plan?
PK: Yeah, I actually have really good friends and contacts for music there, and in Beirut. It’s so exciting. I’ve never been to Lebanon but I have lots of friends who play there, Wake Island, and others I’ve made friends with on the Internet, and also Raf, who used to play bass with me – his parents are from there, he was just there for about six months, he said it was just totally unbelievable. My dad is from there as well, he grew up there and hangs out there a lot. It’s strange that I’ve never been.

I’m also playing this really nice festival in Estonia. Estonia is such a magnificent place. I’m hoping to play some really strange places. I have no interest in touring in North America, except in Quebec.

LC: Will you still be playing with Doldrums or any other bands before you leave?
PK: I think Airick (Woodhead, of Doldrums) is writing songs at the moment but I’ll always be down to play (with him) because I enjoy the music immensely. It’s really challenging physically. I was working in a factory for a bit and it was just destroying my body and there were a couple of Doldrums shows I played after a few consecutive days of work and my playing actually suffered, so I was like, “Fuck that, I’m done with this shit.” So I’m just doing computer work again.

Taylor from Braids uses an electronic marimba and I borrowed it to write a lot of this record. It totally changed my life. I had never had the ability to play notes using sticks so I had a different way of approaching putting notes into the computer because it was completely electronic.

It was really nice of him to loan it because it’s extremely expensive and I can’t afford it right now. But that’s what’s going to happen, or at least more tactile, touch things. But people still have to see what’s going on, which is why I like moving my arms, and hitting things is the easiest way of accomplishing that.

I’d like to think of my band as a dance troupe and they all do really skilled dances while they play. You can dance while playing guitar but dance has to encompass the entire body. That’s why I stopped playing guitar on stage. It really restricts my movement and I often feel like I’m going to hurt myself if I move the wrong way. So I’m gonna play some drums and things while I sing but I’m really gonna focus on singing and engaging with people. ■

For more coverage of the Montreal music scene, visit the Music section.