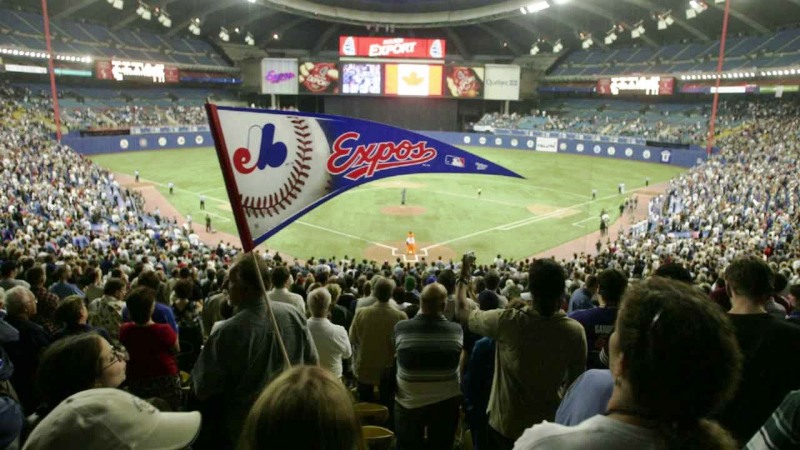 By virtue of having written Expos book Up, Up, and Away, Jonah Keri has become a defacto Montreal baseball-fan grief counsellor. Keri will be in town this Tuesday to share tears and beers as part of the Pitch and Puck Talks series, which brings media people and former athletes together for a night of informal sports talk.

Fortunately, the pain of having lost our Major League Baseball team in 2004 has gradually given way to nostalgia and outright hope that baseball may one day return. All we need, really, is money to build a stadium and buy a team. In the midst of a recent phone conversation with the Montreal native and Concordia grad from his home in Denver — prior to the shuttering of Grantland, the website he was writing for — I was blubbering about the Expos when I asked him, half-jokingly, if any billionaires had contacted him. Much to my surprise, the answer was yes.

“I have had meetings with people who represent people who are interested and have money,” Keri says. “There are real parties involved interested in getting something off the ground and putting resources forward in making a real run at it.”

He continues: “It’s more meeting with the intermediaries for those people, but without me having the ability to name names, there are real forces at work. It’s not imminent, but the reason it’s not imminent is not because of lack of interest — it’s Major League Baseball’s decision now. There either has to be a path through relocation or a path through expansion, and if it isn’t happening now then people have to wait.”

Among those waiting impatiently is Mayor and vocal baseball supporter Denis Coderre. He recently penned a letter with noted wealthy person Stephen Bronfman touting the city as a prime location for a future team, which was sent to the 30 current Major League clubs.

Keri had his own memorable encounter with Coderre this summer in Cooperstown, NY, the weekend Expos pitcher Pedro Martinez was inducted into the Baseball Hall of Fame. (Keri also met Ric Flair that night.)

In Keri’s words: “We’re in town having dinner and a few drinks. I text a buddy of mine who’s a Red Sox beat writer and he’s at Pedro’s pre-induction party. I ask if I can come and he says ‘sure,’ then I ask if I can bring a couple of people and he asks the Red Sox PR lady, who says ‘sure.’ Instead of showing up with a couple of people I show up with nine people. We never went back to our B&B to change, so we’re wearing cutoffs, flip flops and Expos jerseys, and we look like drunken, sweaty idiots.

“We get to this party and it’s pretty much a black tie affair for Pedro Martinez, and it’s all Red Sox people. Even the commissioner of baseball Rod Manfred is there. This is a seriously swanky event – men in suits and women in cocktail dresses. We get there and immediately realize we’ve made a huge mistake. The PR woman even points out that I brought more than just a couple of people. She’s giving me the business a little bit but I promise not to be intrusive. It’s an open bar, though, so we proceed to drink more. Pedro gets up and he’s going to give a speech. We’re standing outside the semi-circle around him, so maybe 25 feet away – not that close. Pedro is talking, and midway through his speech he stops, turns to my buddy (local radio personality) Dave Kaufman, who’s wearing a Rusty Staub white jersey, and at the top of his lungs, Pedro shouts en français, ‘bienvenue mes amis!’ He calls us over, stops his speech and proceeds to take selfies with us and do shots with us for the next hour or so.

“The kicker to this, Kaufman’s phone is blowing up. I joke it’s his Tinder, but it’s actually a message from Denis Coderre. I’m wondering why Mayor Coderre is messaging him on a Saturday night, and it’s because he’s in Cooperstown and trying to get into the Pedro party but doesn’t know where to go. So he arrives with a small entourage, we literally pull him in and tell security he’s with us, and we bring him over to meet Pedro Martinez. Now he’s taking selfies and doing shots with us. So it’s me, nine friends, Pedro Martinez and Denis Coderre.”

Pedro won’t be at Tuesday’s Pitch Talks, but a few of Keri’s friends will be there. And who knows, maybe Coderre will stop by in full Expos regalia. ■

Up, Up, Away is available now. A French version will be released next year.