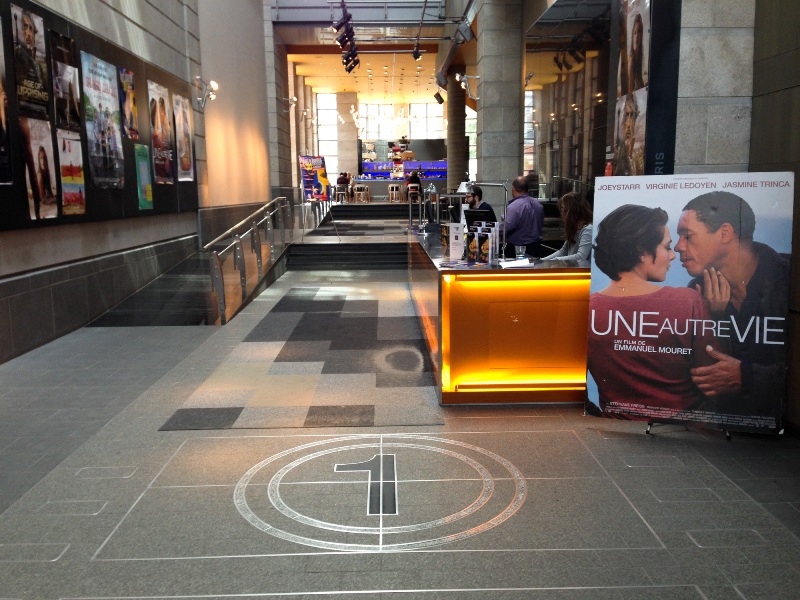 When the ball dropped yesterday, it was fairly unassuming: just an email from a distributor saying that the film Fatima was pushed back to January 2016 because of the temporary closing of Excentris. Movies get pushed back all the time, but the temporary closure of Excentris was news to everyone. The rumour mill started churning, but by the end of the day all the rumours were put to bed. Cinéma Parallèle, the organization that has owned and operated Excentris since buying it from Daniel Langlois in 2011, was in such dire financial straits that it had to suspend all activities at Excentris “temporarily.”

“Dire financial straits” is a familiar melody in the Montreal film world. For every thriving and prospering enterprise, you’ve got another one being kept alive artificially through sometimes downright otherworldly means (just ask Serge Losique). Excentris wasn’t exactly the shambolic three-ring circus that usually leads to dire financial straits — it operated continually despite the perpetually empty restaurant space at the front of it, it wasn’t in a state of disrepair or arrested development and the programming continued to turn over and showcase new things weekly.

The problem that Excentris had was a more concrete one than the “people just don’t go to the movies anymore” that usually accompanies the death of a movie theatre. Eighty per cent of the cinema’s income came from 20 per cent of its programming — the big ticket items from established auteurs like Tarantino, Paul Thomas Anderson or Woody Allen. Having one of these movies on one of the theatre’s three screens basically ensured a steady flow of income that made up for the less lucrative presence of smaller, more niche releases on the other screens. Excentris was expecting to go to the end of 2015 based on $200,000 worth of ticket sales from four of these films, none of which it managed to land.

Excentris can and did show these kinds of movies, but often only one or two weeks after the big chains (which in this town basically boils down to Cineplex and Guzzo) got their hands on them. Most film lovers don’t have such a profound allegiance to a specific theatre that they’re willing to wait two weeks to go see Inherent Vice with French subs at Excentris. By the time Excentris did land these must-see movies, they’d already been seen by almost everyone who already cared.

Part of it may be a language issue that’s begun to fade — Excentris didn’t present dubbed films (Cinéma Quartier Latin, its closest competitor geographically, does) but it prioritized French subs for English-language films. For most people I know (even those who wouldn’t consider themselves completely fluent in English), this is a non-issue. It’s mostly a preference thing that extends to older audiences, the same ones who are keeping things like the Montreal World Film Festival afloat. Evidently, that’s not enough.

The consensus is about the same with most of the film lovers I see on social media: it’s sad that another venue is gone, but Excentris never had much cachet in the first place. It was a big, bright, clean space, but not a particularly welcoming one. I much prefer the somewhat anticlimactic walk down into Cinéma du Parc and its shabby, low-ceilinged glory than the antiseptic greyness of Excentris. I mostly went to Excentris for early morning critics’ screenings or premieres, both of which are not particularly telling of the average vibe of Excentris, but all signs point to it being a solitary experience.

I’m always surprised to read old newspapers from the ’70s (please humour me and act like that’s a normal thing for a person to do in 2015) and see that something like Eric Rohmer’s Le genou de Claire was not only considered a mainstream release but was accompanied by half-a-page of vox-pop reactions from bemused theatregoers who mostly liked it. Part of the reason people went to see it in the first place was because it was in French and the big releases of the time hadn’t yet made it to theatres in their dubbed versions. When faced with limited choices, audiences still had to make one, just like scrolling through Netflix when you’ve seen damn near everything. Things change, but they don’t change that much.

The TIFF Bell Lightbox in Toronto was built with more or less the same intentions as Excentris but has been doing gangbusters business. Part of it is that the mixed space also includes condos, and part of it comes from the fact that much of the funding came from corporations. It’s not an ideal solution but it’s one that undeniably works. I saw a screening of The Great Beauty on a weekday two weeks into its run at the Lightbox a couple of years ago, and it was three quarters full. For whatever reason, their formula works.

I don’t really know what the best course of action for Excentris is at this point. I don’t even know if the space as it currently exists is viable to even turn into a multiplex. All I know is that the only way to get people to see movies is to make them feel like seeing them. While the death of Excentris is sad and not particularly a bright twist, it leaves it open for a change towards the better. Maybe. ■