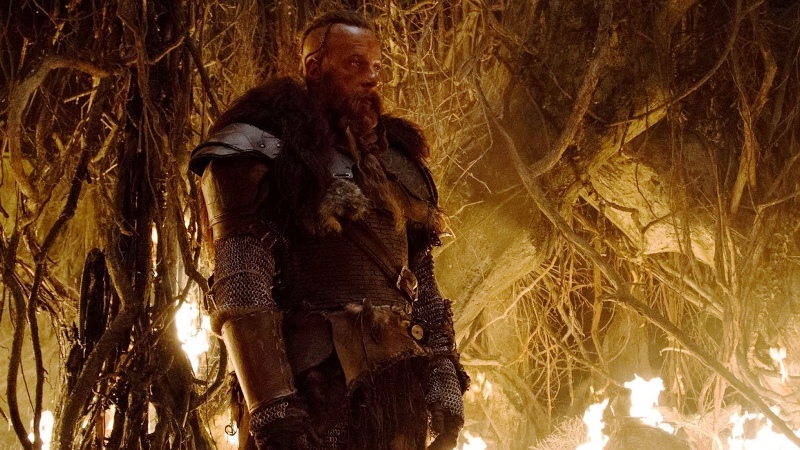 When I was about 11 years old, I slaved away day in and day out on this “book” that I was writing. It was a fantasy epic culled mostly from the fantasy novels and videogames I liked at the time. I was ambitious, but I didn’t actually know anything about story structure, and so this book was actually just one long rambling tale that I added to chronologically every day. I got to about 120 pages when the computer crashed and the hard drive was corrupted. I mention this because, for all intents and purposes, this is what The Last Witch Hunter feels like: a 12-year-old who’s really into Dungeons & Dragons breathlessly and perilously banging out a formless, as-you-go-along fantasy epic full of spells and witches and bone golems and ancient curses. The only thing is that this story isn’t on a corrupted hard drive at the bottom of a landfill in Jonquière: it’s in thousands of multiplexes.

Kaulder (Vin Diesel) was once a fearsome warrior tasked with hunting down the coven of witches responsible for the bubonic plague that killed his wife and daughter. Upon finally catching and killing the final Witch Queen, Kaulder is cursed with immortality and forced to walk the Earth for eternity, keeping witches in check. He finds himself in present-day New York, where witches are free to live as long as they do not use magic against humans — if they do, that’s when Kaulder steps in. His closest ally is the 36th Dolan (Michael Caine), a priest who sits at the centre of a secret organization of witches and warlocks. Dolan is ready to retire and pass the torch to a new Dolan (Elijah Wood) but as soon as he announces his retirement, he’s found dead in his home. Turns out that some witches from Kaulder’s past have decided to completely ignore the agreement and spread havoc, which Kaulder spends the rest of the movie trying to curb with the help of a plucky young witch/bartender named Chloe (Rose Leslie).

Although it isn’t based on an existing property, The Last Witch Hunter has oodles of backstory and a relatively complex universe full of arcane witch history, spells and other sword-and-sorcery elements. It would almost be impressive how fully realized the universe is if the script wasn’t doing such a clumsy, half-assed job of exposing us to it. I’d wager that a good 75 per cent of the film’s dialogue revolves around characters picking up a crystal doohickey or opening up an old leather-bound book and launching into a convoluted explanation of its significance. Every action scene and new character has to be properly contextualized through long-winded dungeonmaster exposition that pretty much sucks out any momentum or sense of surprise from the film. We’re only surprised by events inasmuch as we’re told how surprising they are by Vin Diesel as he breathes on a window to reveal ancient runes that contain the secret to reversing the curse.

Diesel’s an avowed die-hard Dungeons & Dragons fan and The Last Witch Hunter appears to have been a bit of a labour of love to allow him to explore his love for long-haired, sword-swinging knights without dragging the D&D property through the mud a second time (it was made into an unmitigated turd starring Marlon Wayans and Jeremy Irons in 2000). Sadly, pretty much none of his love for the material shines through. Diesel appears to take himself extremely seriously and spends the majority of the movie flatly reciting the arcane stats sheet that is the script and peppering it with dull one-liners. 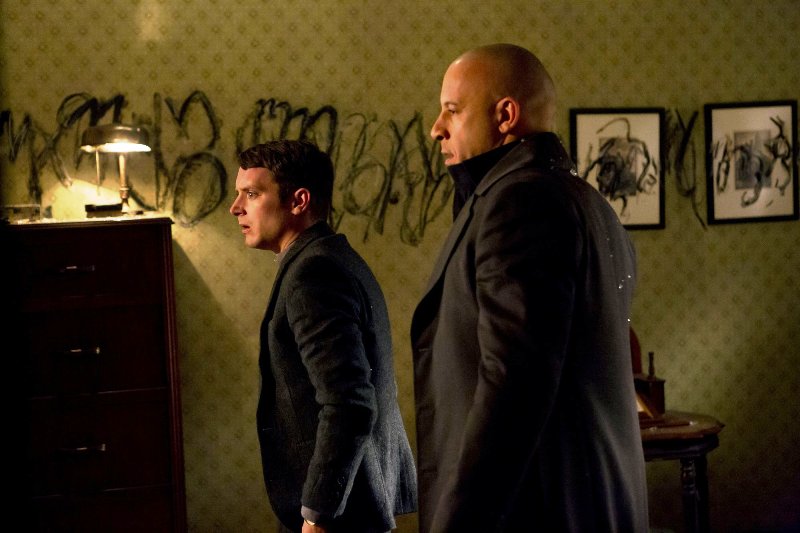 Still, nothing is as embarrassing and strange as Wood even being in this movie in such a pointless lackey role. While Wood hasn’t been exclusively making great films these last few years, his choices have always been interesting. This just reeks of shameless cashgrab, and there’s no reason why the role couldn’t have been filled by some Twilight dayplayer or a guy who was on two episodes of Game of Thrones before being impaled.

I had a glimmer of hope that The Last Witch Hunter might not be this bad. I’m always pushing for original properties to not be total garbage, and director Breck Eisner’s previous movies aren’t complete bombs. I would’ve settled for something at the level of Brett Ratner’s totally dumb but fun Hercules, but The Last Witch Hunter is heavy on the former and devoid of the latter. I will say this: it’s almost certainly better than that book I slaved away at as a child, the title of which I’ve long since forgotten, but I probably could’ve gotten away with calling it The Last Witch Hunter. ■