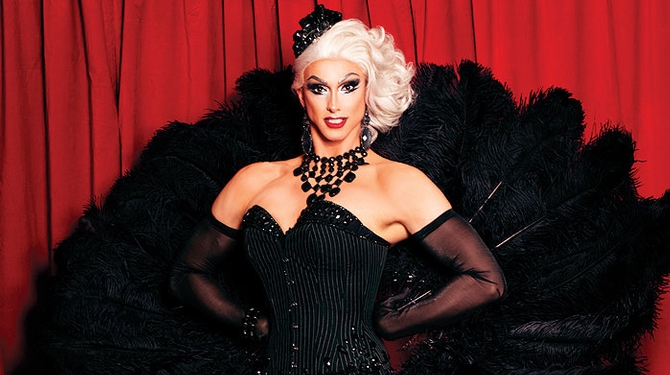 Among the screenings on this last day Festival du nouveau cinéma are British documentary Dennis Rodman’s Big Bang in Pyongyang, Thai director Apichatpong Weerasethakul’s Cemetery of Splendour and German director Wiebke von Carolsfeld’s The Saver, set and shot in Montreal (see our review of that one here). Various locations and times, see the details here. Tickets cost $13, $9 for students and seniors.

Head to the MAI for the final performance of Third Eye Ensemble’s dark comedy Blue/Orange, which follows a day in the life of Christopher, a young, black Londoner who’s been committed to a psychiatric ward after being arrested by police in a story that uses wit to reveal some uncomfortable truths about institutionalized racism. 3680 Jeanne-Mance, 2 p.m., $20/$18 students

In conjunction with this year’s Phenomena Festival, Tangente Danse stages the performance and participatory installation #boxtape by choreographer Peter Trosztmer, where the audience is invited to join in building a massive sculptural shelter out of clear tape that evolves over the course of the show’s run (it began last week and runs through Tuesday). Griffintown Paper Factory (141 Ann), 4–8 p.m., $15 or $25 for multiple visits.

The final day of the Montreal Burlesque Festival brings Billy L’Amour to the stage at the Wiggle Room in Gentlemen Prefer Billy, with a live jazz band and an appearance by festival organizer and burlesque performer Scarlett James. 3874 St-Laurent, doors at 7 p.m., show 8 p.m., $20/$25