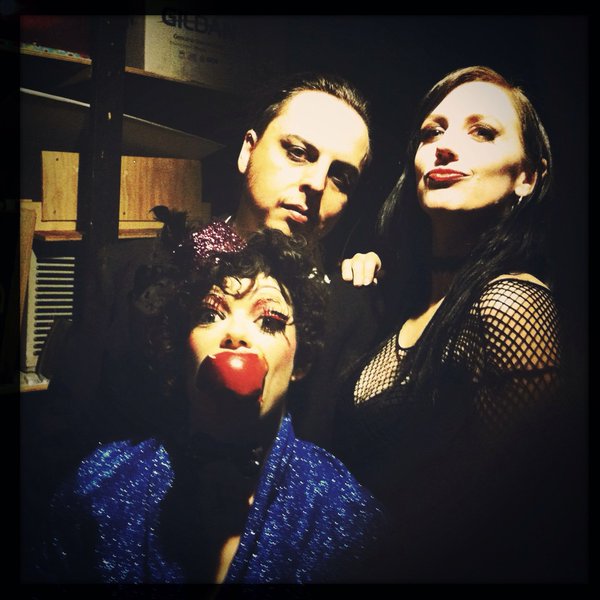 The Montreal theatre company has co-produced a version of the show with Shayne Gryn Productions for the last few Halloween seasons, taking the torch from the team that used to mount the live musical at the Rialto. This year’s revamp is directed and co-choreographed by Mainline’s artistic director Amy Blackmore.

“The thing I’m most excited about is that our Frankenfurter is Stephanie McKenna,” Blackmore says. “Having a woman play the role has been really interesting for our process.” She’s referring, of course, to the role immortalized by Tim Curry in the 1975 film adaptation of the play, The Rocky Horror Picture Show, which is pretty much always played by a man. (The Rocky Horror Picture Show Ball events, a series of dress-up parties where the film is screened as a live cast performs, have long presented boys and men with an opportunity to wear women’s lingerie and fishnets, Frankenfurter’s iconic outfit of choice.) 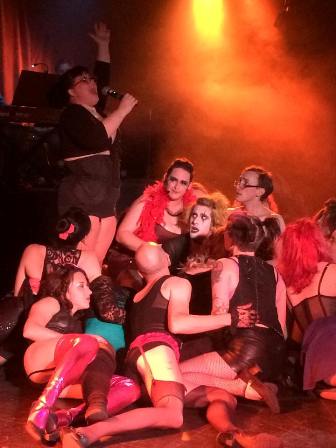 “When we started the auditions, we had no idea what direction we were heading down, and one day it hit us: ‘Oh wow, here’s this triple threat actor we’re all dying to work with.’ It allows us to dig deeper into intention and purpose. It’s not as simple as gender-bending — gender-bending is fun, and it’s a fun statement of course, but it allows us to ask real questions about Frankenfurter.

“I’ve seen Frankenfurter played so many different ways but often you get this circusey drama-queen character,” Blackmore says. “By taking gender out of it, you can explore human emotion and the human condition. Heady theatre stuff!”

As enthusiastic as Blackmore is about McKenna, she’s been equally impressed by the actors playing the hapless couple Brad and Janet: Trevor Barrette and Kendall Savage.

“Trevor Barrette is just an amazing up-and-coming actor,” Blackmore says. “He was in Innocence Lost at Centaur a couple of years ago he has his own company, Kaleidoscope Theatre. Kendall Savage is known more a clown in town but she’s got a beautiful singing voice. That, to me, is one of the things I get the most excited about when I’m watching the show  is the vocal talent of the cast. They just blow us all away.”

Along with running Mainline, the annual Fringe Festival and the Bouge d’Ici dance festival, Blackmore is known as a dancer and choreographer, and though she’s not in the show herself, she’s got a hands-on role not only as director but as co-choreographer. And she’s in good company, with Holly Greco and Patrick Lloyd Brennan, two figures well known on stage and behind the scenes in the local dance and theatre community.

“We all know each other quite well, so it’s been a really collaborative process. We’re all musical theatre junkies, and you can see it in the show.” ■