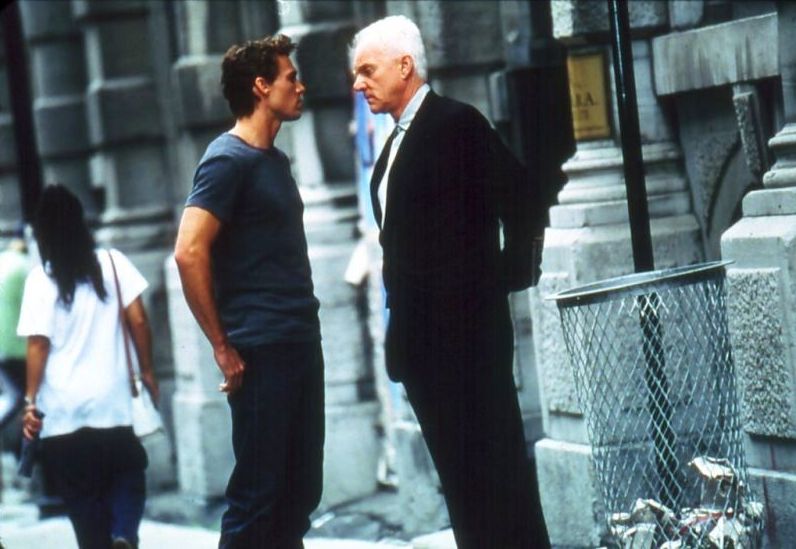 Does Montreal play itself? I’m running out of original ways to say this every month, but Montreal is standing in for New York.

Most egregious local landmark: Every scene change is preceded by B-roll footage of New York, so there’s actually very little of Montreal that makes it into the film. Every time the characters are outside, they walk along the same strip of St-Jacques in Old Montreal. Depending on the time period and required grittiness, it is strewn with various levels of old garbage, stained mattresses and extras made up like cartoon bums.

Notable local talent: The highest-billed local actors are Victoria Sanchez as the doomed paramour of our lovely protagonist and Ron Lea as a detective who interviews Malcolm McDowell in the segments that structure the film à la Usual Suspects. Weirdly enough, these are pretty small parts that take place in the most superfluous portions of the film. Most of the supporting cast is local, with a few German actors (including a pretty surprising late-in-the-game addition) thrown into the mix. 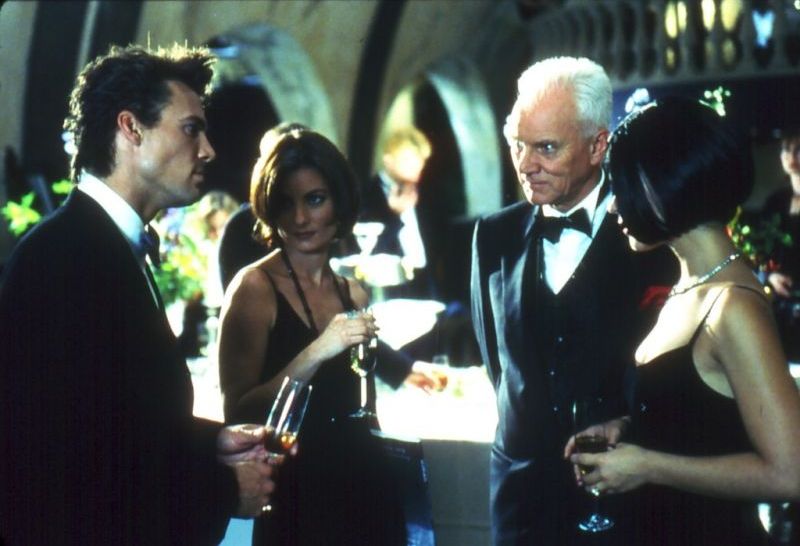 It’s not a coincidence that most of the movies I end up watching are from the turn of the century (the most recent one). With DVD sales taking off, it was a high period in B-movie production, so most of these movies are filling bargain bins and Amazon seller stock even 10 years later, while films of a similar creed from earlier in history might prove more difficult to track down. Watching these films, I’ve begun to identify a sort of turn-of-the-century Montreal style that nearly all of these films has.

Most of them are overly ambitious for their small budget. They have to cut lots of corners on the potential of the script in order to fit the meagre locations and resources available to them. Even when they manage to attract somewhat major stars, they feel distinctly cheap or at the very least simple. Many, many, many of them have this sort of generic urban look to them that comes from shooting in Old Montreal and the financial sector and avoiding showing anything but brick and glass and steel. What’s most striking about those films — many of which are only 10 to 15 years old — is how dated they feel. They tend to have this mid-’90s aesthetic with the clothes and haircuts but particularly the music, this trip-hoppy club feel that’s straight out of 1996. 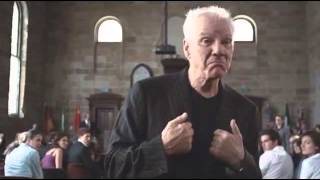 Pact With the Devil is even more blatant in its instantly dated aesthetics when you consider that it’s supposed to span almost 30 years, starting in a 1980 that looks like 1998 and ending in a 2001 that somehow looks like 1996. I must admit that this meta-remake of Oscar Wilde’s The Picture of Dorian Gray has ambitions on paper that far exceed its generic straight-to-DVD title and modest goals. It’s meant to be a glamorous, rollicking fantasy epic that travels from New York to Bavaria and showers the viewer with the excess of celebrity and the dangerous appeal of eternal youth. Instead, it’s a lot of Malcolm McDowell and beefcakey lead Ethan Erickson arguing in a loft.

Erickson plays Louis, an aspiring photographer and aspiring beefcake who is noticed on a fashion set by rich svengali-type dude Henry Wood (McDowell), who takes him under his wing as a supermodel. Henry believes that looks are everything — if you can get people to pay you for your looks, you can do whatever the hell you want. He sets Louis up on the fast-track to shirtless success thanks to his connection to a high-powered photographer named Bae (!), but Henry has even loftier plans for Louis. “Ever heard of Dorian Gray?”, he says to the fresh-faced chunk of hunk, and soon Louis has made a pact with the not-literal-but-sort-of-literal devil, trapping the ravages of aging in a picture while he continues into the world, ageless, under the fancy nom de plume Dorian (!). 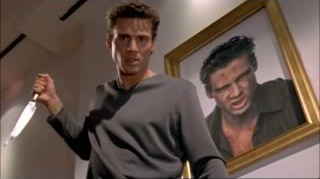 There’s, of course, a lot wrong with this, beginning with the fact that the dude exists in a world where The Picture of Dorian Gray actually exists and is MENTIONED when he makes a pact with the devil, which places our protagonist somewhere between Harry and Lloyd on the hapless idiot scale. There’s the (at the time harmless) fact that a photographer named Bae features prominently in the story, causing screen legend Malcolm McDowell to utter things like “In love?! With Bae?! Preposterous!” There’s the fact that Louis has a girlfriend at the beginning of the film who’s tragically killed by a junkie ex-boyfriend who looks like Alice Cooper — or that the film takes a random-ass third act turn where Louis escapes New York to become the boy toy of a rich heiress (Victoria Sanchez) right under the nose of her powerful husband (Christoph Waltz, in a rare pre-Inglourious Basterds English-language role), which does nothing but add a bit of soapy nonsense to an already soapy and nonsensical film.

Pact With the Devil is the third film directed by Allan A. Goldstein to be featured in this column. While not a Montreal native, Goldstein made a decent run of films here and is one of the pillars of the aforementioned Montreal feel detailed at the beginning of this article. Pact With the Devil operates on about the same level of quality as Goldstein’s two previous films (One Way Out and 2001: A Space Travesty) but this time Goldstein seems a lot more self-aware of the material. He lets McDowell (who is in a lot more of this movie than he usually tends to be in projects of this scope) tear through the silly script with gusto, and Goldstein seems to accept the inherent limitations of the project rather than attempt to stretch it. It’s not a good movie and you should under no circumstance seek it out unless you’re also a masochist with completist compulsions, but this is at the very least easier to sit through than The Smurfs 2 (which was originally slated to be this month’s entry) in terms of Made in MTL content.

Pact With the Devil does seem like a bit of an era coming to an end. It was one of the final productions of famed B-movie producer Harry Alan Towers, a sort of British Roger Corman figure who relocated to Canada in the last years of his career. Goldstein only made two more films after this one, and co-writer Peter Jobin (a prolific Montrealer who penned the scripts to things like Happy Birthday to Me and a handful of films directed by Oscar-winning South African director Darrell Roodt) hasn’t made a film since. The majority of its producers also appear to have hung it up in the interim, which places Pact With the Devil as the last hurrah of a certain type of cheap, video-market-flooding B-grade production that is no longer being made here. I guess that’s some kind of praise. ■