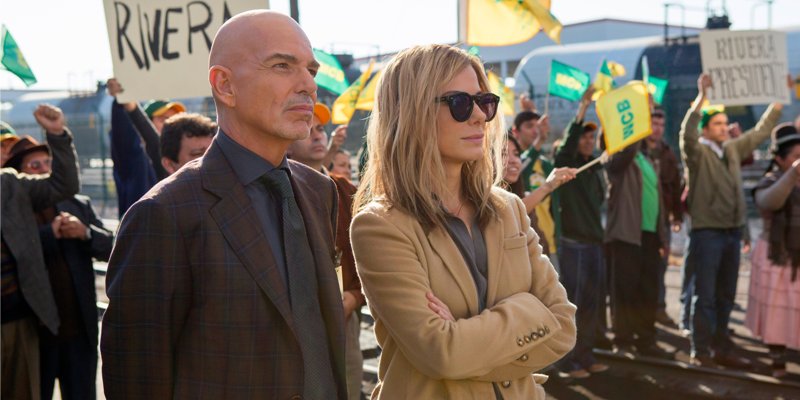 If A-list actors want to remain A-list actors, they have to pull off an alchemy in their choice of roles that basically boils down to choosing two types of roles: interesting, out-of-left-field or supporting roles that show their range and variety, and more streamlined vehicles in which they get to stretch the muscles that remind you why they’re A-list actors in the first place. Make too many of the former and you find yourself an unprofitable indie darling; make too many of the latter and people get sick of seeing the pony do its one trick.

Once in awhile, a single movie hits both hemispheres — like Gravity did for Sandra Bullock — and said A-lister finds themselves king of the mountain for a while. What’s most striking about Our Brand Is Crisis is that it looks like the first kind of movie on paper: esteemed indie director, acclaimed documentary as its source material, topical political material at its centrr… Yet, in spite of all this, Our Brand Is Crisis is pretty much just The Sandra Bullock Show Starring Sandra Bullock with a sprinkling of civil discontent as garnish.

Jane Bodine (Sandra Bullock) was once one of the world’s most feared political consultants. The stress of the job got to her eventually, and after a stint in rehab and another one in a mental hospital, she’s retired and chain-producing Mohawk pottery in a remote cabin. She’s drawn out of retirement by a political consulting team (Anthony Mackie, Ann Dowd, Scoot McNairy and Zoe Kazan) to assist with the campaign of an unpopular Bolivian candidate (Joaquim de Almeida). Jane mostly takes the job because the favourite for the race is being assisted by her arch nemesis, the crass and crafty Pat Candy (Billy Bob Thornton). While her career on that campaign trail begins rustily and under the banner of cheap opportunism, she soon warms up to the career that gave her the nickname ‘Calamity Jane.’ 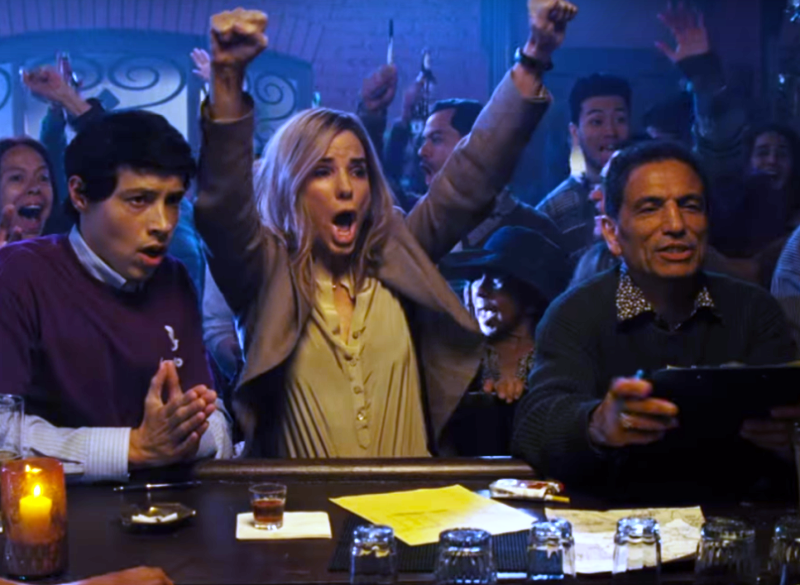 The character of Jane seems tailor-made for Bullock. It allows her to explore the two archetypes she most often portrays onscreen. Calamity Jane is both a frazzled, manic mess constantly teetering on the edge of sanity and a whip-smart, commanding and ruthless leader. She’s both Sandra Bullock in The Blind Side and Sandra Bullock in 28 Days: fully-loaded Bullock. And as terrible as some of her films have been, I can’t deny that she’s extremely good at being Sandra Bullock. She’s a delight to watch here: in full control of the character, tearing through scenes with gusto and command while remaining vulnerable and contained when necessary. Our Brand Is Crisis simply wouldn’t work without Sandra Bullock.

But there’s the rub. The film should be about a lot more than just Jane Bodine’s cunning efficiency at political strategy. It’s a film that’s ostensibly about the broken nature of democracy, about a put-upon population being promised hope and fed bullshit and about the mercenary nature of political consultants who benefit from winning a fight that’s never even theirs. Screenwriter Peter Straughan and director David Gordon Green (both of whom are tremendously talented with terrific resumés) do a fairly crummy job of setting up the political climate of Bolivia or even the stakes. They understand and convey the rhythms of politics without really ever getting to the meat of things, which means that pretty much of all of the political content feels perfunctory. It’s a movie about important things that pushes all the importance to the margins — revolution as background colour.

Our Brand Is Crisis proves to be a very strange thing: a political film that’s also mostly a breezy, pleasant comedy. It may take inspiration from a politically motivated documentary, but it finds more space for a silly bus chase that ends with Bullock mooning Thornton and a slow-motion party sequence than it does for the disenfranchised Bolivians and rotten political system. There’s something mercenary about the way the political strategists will make any piece of shit look good regardless of whether they agree with their platform or their morals, but that sentiment pretty much carries over to the film. It’s about making Sandra Bullock look good above all else. ■

Our Brand Is Crisis opens in theatres on Friday, Oct. 30. Watch the trailer here: