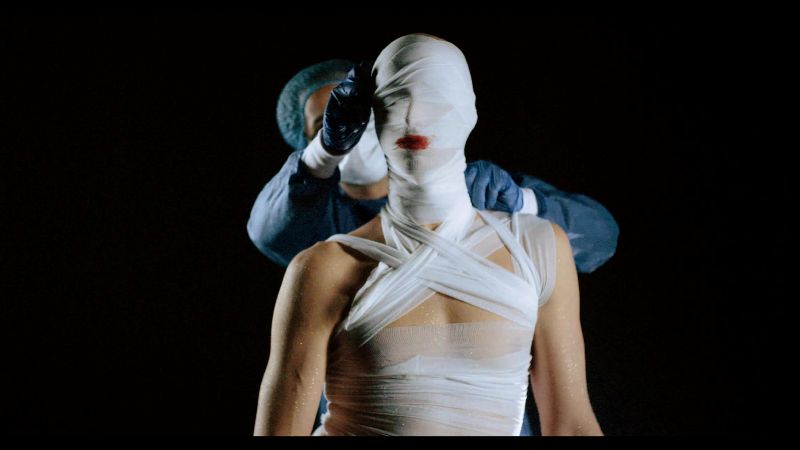 Billy L’Amour getting into Hysteria mode. Photo by George Fok

“Sometimes you have to put on a mask to be more honest about who you really are,” says Florida-born dancer, singer and drag performer Billy L’Amour, and who better to make that claim than one of Montreal’s premiere artists in a field that’s synonymous with disguise?

“A costume sounds like something you put on,” L’Amour continues, “but for me it’s always been this thing that sort of comes out, that I let out. I look at it more as people who are letting things out of themselves. It comes from inside.”

In keeping with the theme of revealing one’s true self, Billy L’Amour is throwing a Halloween party dubbed Hysteria, an event that encourages partygoers to shake off their outer shells and let their inner selves break through. The concept is a new take on the classic Halloween theme of being trapped in that most frightening of places, the insane asylum. Terrifying in part because of the shameful way people struggling with mental health issues were treated in the past (and in so many ways still are, even long after asylums fell out of fashion), the asylum also symbolizes the torment of isolation we may fear from being judged by society.

“What would you do if you just let yourself go from all the things you thought you had to do every day and had to be every day?” L’Amour asks. “In the story, [my character] Billy L’Amour basically does go insane because of those impositions. I think we have some ideas in our society about what it means to be ‘sane’ and what it means to be ‘normal.’ I like that sometimes in life we have to lose our minds to really find our mind, to find out who we really are. The show is kind of an exploration of that. We’re questioning those things in the show, and the audience is going to be forced to come up with answers for themselves.”

“I’m so excited about the event because we’re doing something that I haven’t really seen people do with drag, which is to take it in this direction that’s a little bit more of a kaleidoscope of pop star meets film actress, with some very film noir influences in the show and in the way the films were made, and theatre.

“The show is really layered because it’s a man inside of a woman inside of society. We’re in an asylum, but our mind is also in an asylum. It doesn’t matter if you’re male, female, trans, black, white, rich, poor, young or old, we all have this sense that there’s something that we’re supposed to be that we’re not, and at some point in our life we feel that tension or pressure inside of us. There’s a breaking point where, in this show, we get to see what happens when we really let ourselves go under that pressure, and what do we find?” ■