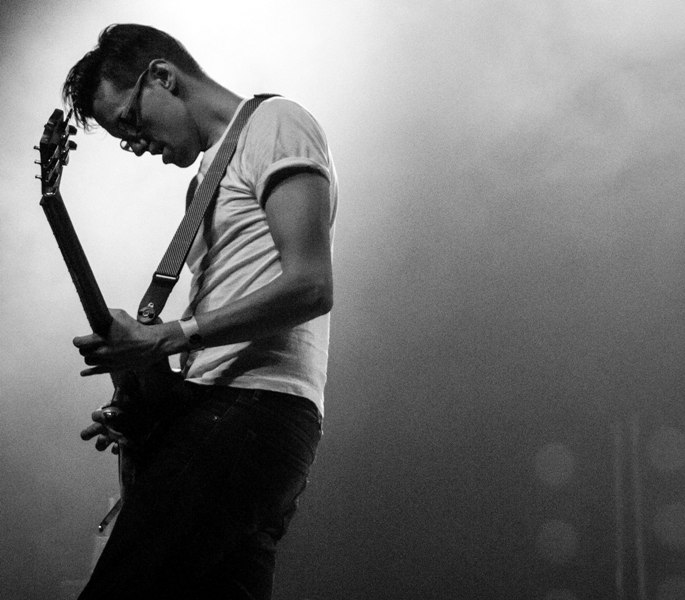 On a night in 2005, while opening for the Besnard Lakes, Adam Brown informed the audience that his band, the Adam Brown, would take a break from playing shows to work on a debut album. Brown figured it would be out in a year. It didn’t happen.

It took a whole decade for Sometimes I Try, an intentional nod to a Tricky Woo favourite, to finally see the light of day. An album that was supposed to come out at the height of the Montreal indie scene hype machine found its way on iTunes and Bandcamp as a self-release this June, with no PR budget because Brown’s MacBook crapped out and he needed a replacement.

Not exactly the Montreal version of Chinese Democracy, but it’s an album that was more myth than reality for the longest time. Unlike the Guns N’ Roses flop, Sometimes I Try sounds like the album that was promised way back when.

“It’s a bit like Rip Van Winkle waking up after one-hundred years,” Brown admits. “I feel like that guy, living in my own little world for the last while. Now the record is done – and I love it – but it’s a different world.”

Does Brown think Sometimes I Try would have joined the pantheon of great Montreal albums a decade ago? “I know it would have been a bigger record than it is now, because we were a bigger band back then,” he says.

Admittedly, Brown hasn’t been toiling away on it every waking moment. He scrapped an earlier version, saying it sounded like the “wrong kind of lo-fi.” He also needed the money to go into the studio, which resulted in a pattern of working four months in order to afford a week of studio time. He released two songs in 2012 – “Lightnin’ Lightnin’” and “Hungry Thirsty” – that he knew would never make the final cut. In the last two years, he mastered the near-finished product eight times, to the point where the album’s mastering engineer was giving him the stink eye.

“I was working on the record for the last ten years, so I figured if I’ve been working on it for that long, it might as well be good,” he says. And what he wanted was his favourite rock ’n’ roll record – a goal he feels he’s achieved, even if it doesn’t sound like the Jesus and Mary Chain or Blondie as originally intended.

“We’re a guitar band and we used 18 guitars on the record. I can’t think of another rock album it sounds like,” he says. “For a rock ’n’ roll record, it needs to work. Every part needs to lead you to another part that works as well. It’s not about having some heavy guitar tone or profound lyrics – rock ’n’ roll music has a job, and that job is to move you.”

It’s why he did multiple mastering jobs. “You have this idea in your head. You’ve written songs and they have these decent chords and melodies to them, but if you get bored while you’re listening to the mix, then it’s not a good mix. Does it move me? Am I getting out of my seat, or at least tapping my foot? You have to move one way or the other.”

Now the album is out, but Brown is not entirely sure if it’s for the best. “I wanted to make a record for myself that I really liked, and I didn’t need to release it for everyone to hear. I just needed to know it existed. It was better as my secret.”

That being said, he’s already moved on to the next album. “I started recording yesterday,” he says. “I’m going to go on record saying it will take me four months and it come out next spring, we’ll say.” ■