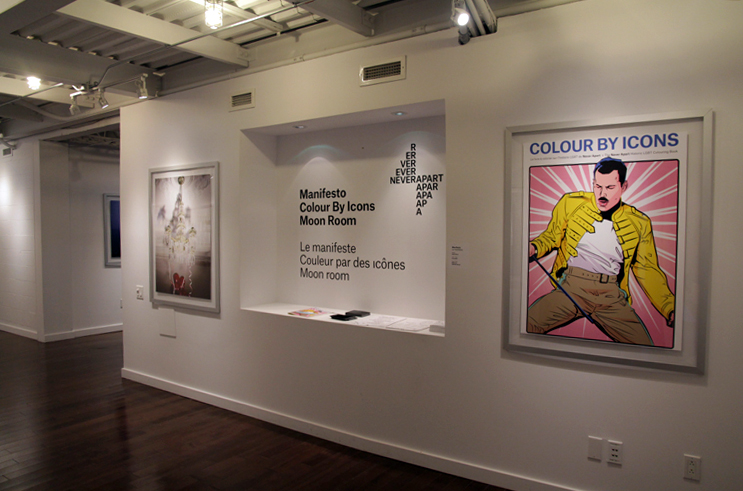 Over the summer, Montrealers with their ear to the ground began to take notice of a new Mile Ex space that opened its doors in June. The curious who visited the multi-purpose non-profit arts and cultural space Never Apart during one of their Day Play parties or other events have come away impressed by the venue’s spacious, ultramodern and well-appointed network of rooms for every purpose from exhibiting artworks, screening films, socializing, chilling out, backyard poolside dipping and sunning, and dancing to the sounds of the space’s 10,000-unit strong vinyl archive and state-of-the-art sound system. 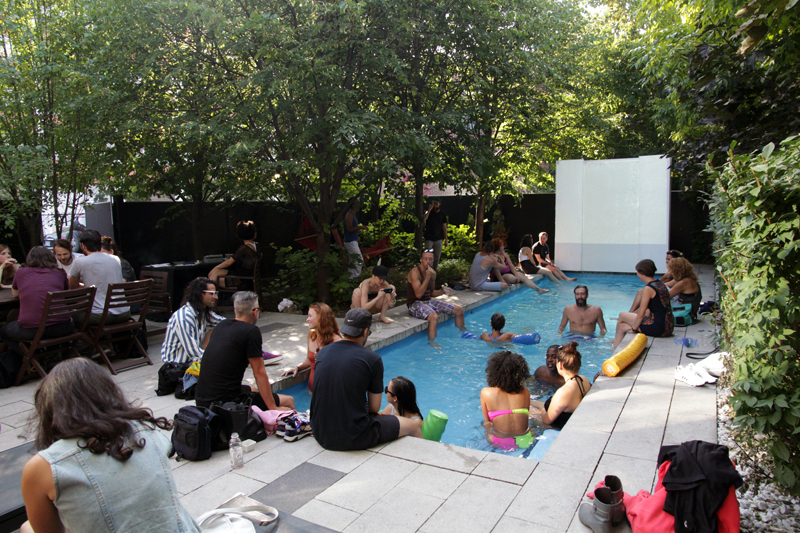 Never Apart occupies a renovated industrial building that was once a home, but more recently served as headquarters of Lightspeed Retail, a Montreal-based point-of-sale software company. When the company recently made a move to a new office space further downtown, Lightspeed founder Dax Dasilva decided to repurpose the building located at 7049 St-Urbain, and built a team to help realize the project, creating a non-profit with a mandate to support emerging artists and engage with the community in positive ways while providing exciting programming that’s already included welcoming the community to social gatherings, interactive exhibitions, dance parties with special guest DJs plus conferences and performances featuring icons of the LGBT community such as Mink Stole and Amanda Lepore.

“The manifesto of Never Apart is the end of separation,” Dasilva tells me over a beer at an early September Day Play party, while to one side guests escape the late summer heat in the backyard pool, illuminated by spacey projections, and to the other side a crowd dances to a Blue Hawaii DJ set just inside the front room with its 30-foot ceilings and after-dark light show. 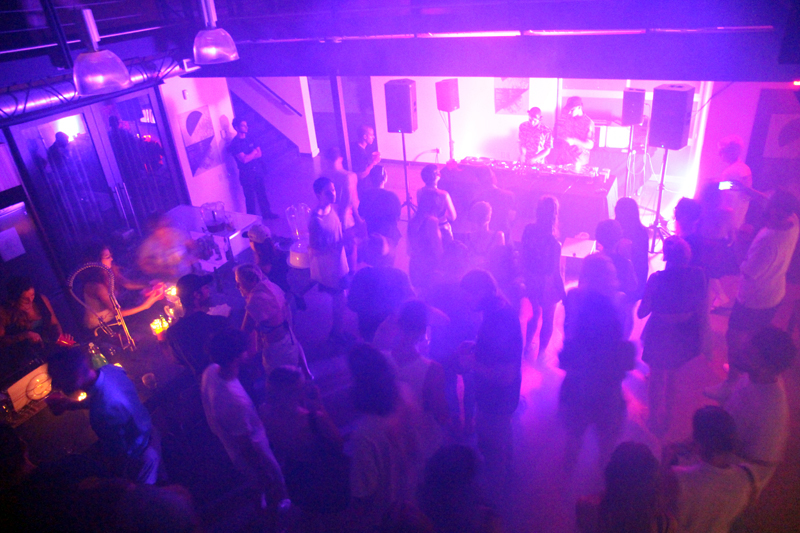 Never Apart after dark with DJs

“We’re going to be doing a lot of things on the environment, on sustainability, social justice, and of course art and music is the method by which we’re going to communicate with people. Through culture I think we can change society, so that’s the idea behind everything. Our logo is very architectural, but if you look at it closely it’s a butterfly, representing change and transformation.” 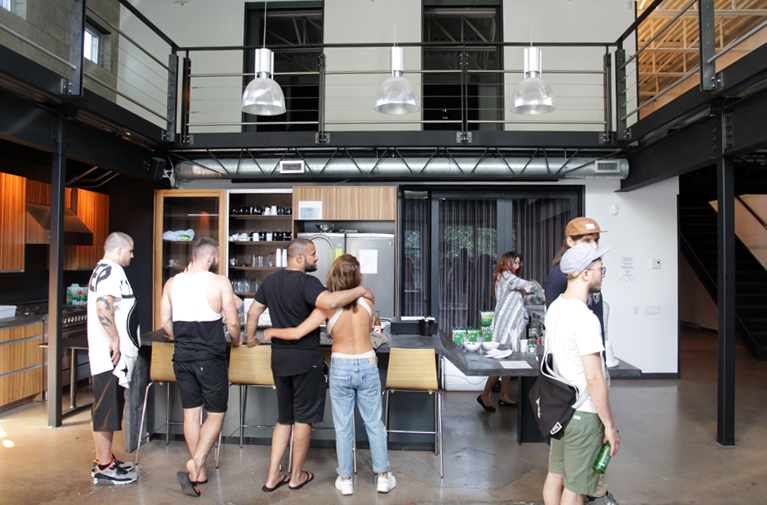 A few days earlier, I took a tour of the facility with music director Anthony Galati, himself a DJ and producer who moved to Never Apart from Turbo Recordings, the record label started in 1998 by Montreal producer Tiga. Galati tells me that the on-site record archive at Never Apart is largely drawn from a former resident DJ at a nightclub owned by Tiga, and with deep ties to Montreal’s preeminent house music family (which also includes Tiga’s brother, Thomas Von Party, co-owner of Mile End nightclub Datcha), it’s no wonder Never Apart’s on-and offsite dance parties are out of this world.

One such party is happening tonight at Never Apart’s biggest event of the season, the Equinox all-nighter, taking place a few blocks away at Espace Reunion. Headling DJs Ron Morelli (Paris, via New York) and Veronica Vasicka (New York) will join local San Francisco’s Honey Soundsystem, LA’s DVA Damas and locals Marie Davidson, Paul Trafford, Ramzi and Kara-Lis Coverdale for a nine-hour marathon of fun. The public will also have the chance to hear from the headliners in two hour-long Q&A sessions, scheduled for today (Friday) and Saturday at 2 p.m., in the main Never Apart space.

“The line-up is a reflection of so many different scenes in Montreal that are no longer as disparate as they once were,” says Galati. “Experimental, new wave, industrial, house, techno — I’m curious to see how that manifests itself crowd wise. It’ll be interesting to see quite a diverse array of people under one roof.”

Clearly, Never Apart knows how to throw a good party — however, as Galati shows me room after room of art exhibitions, activity spaces, technical equipment and the must-experience permanent exhibit, the Moon Room, it becomes clear that there’s much more than just partying in the mix at Never Apart. 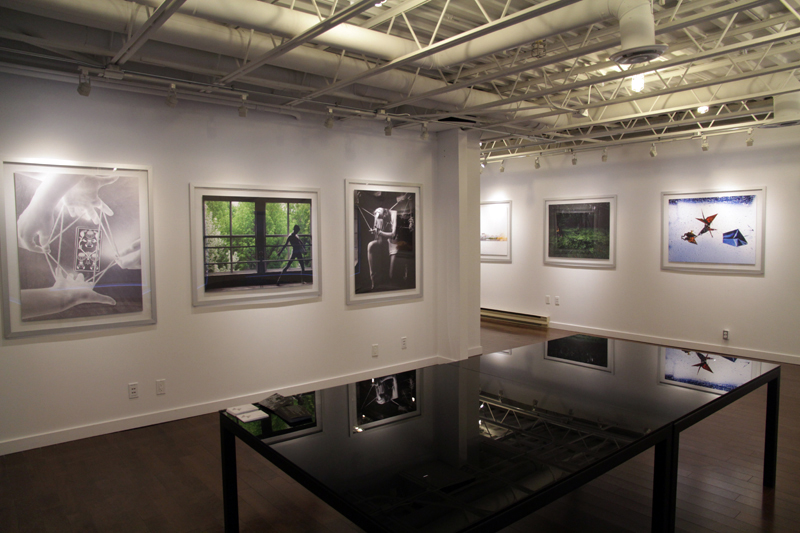 “One thing we really want to do is to slowly start introducing an artist residency program. There’s a huge pool of artists in Montreal who deserve to have something like a three-month stint that would be sponsored, they can come in here and work on stuff and we can do a show for them,” Galati says. “There are a lot of people like MFA students who really want to cut their teeth in a space like this where they have carte blanche, so this is a place where they can do it.” 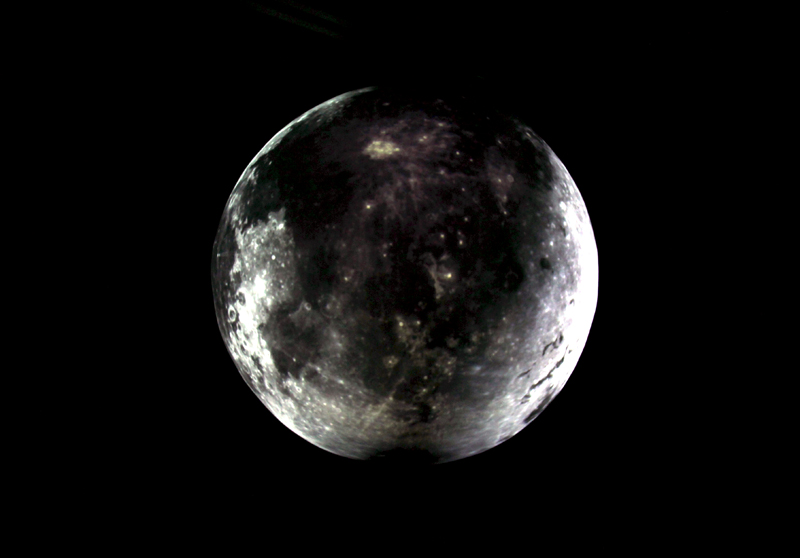 From the Moon Room at Never Apart.

From the beginning, Never Apart’s programming has also shone a major spotlight on artists, performers and icons from the LGBT community at home and abroad, having organized major events during Montreal’s Pride week (including a performance by Amanda Lepore at Jardins Gamelin) and producing the Colour by Icons colouring book filled with black and white illustrations of gay icons from Freddie Mercury to Marsha P. Johnson, along with information about each person. 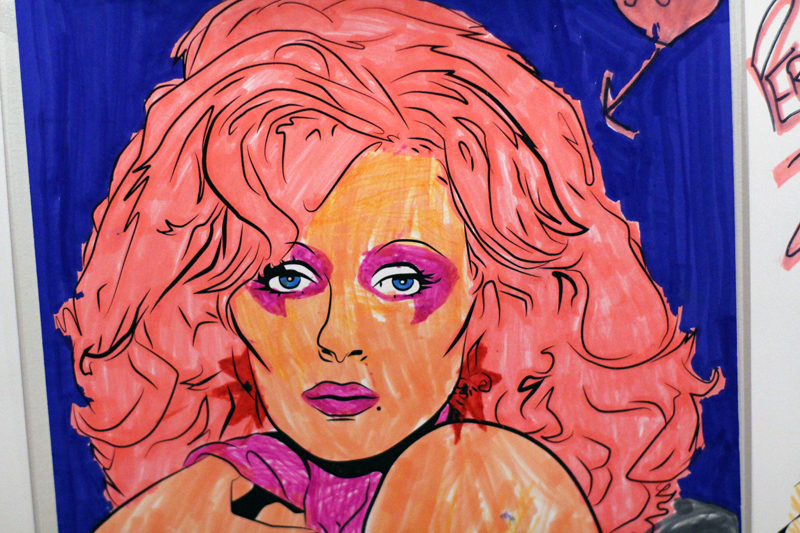 An illustration of Candy Darling, transgender icon and Andy Warhol collaborator, reimagined as Jem as part of the interactive Colour by Icons series.

“The LGBT community is definitely one of the driving forces behind what we’re trying to do,” Galati tells me. “We want to be a safe haven for people to come here, learn about the past, and also listen to lectures by people like Mink Stole who came from a time when it wasn’t really safe to be like that. We want to be inclusive. But the space is for everyone, whether they’re straight, gay, queer, trans, whatever.

“We want this to be as inclusive as possible,” he continues. “We want people here and to know that they can use this space. The vision for the spot is for it to be a hub for people that they can use to do their thing, to facilitate their art and their learning. The response from the public has been extremely positive and we can already feel the start of something really, really great.” ■

For more information about Never Apart, check out their official website here.