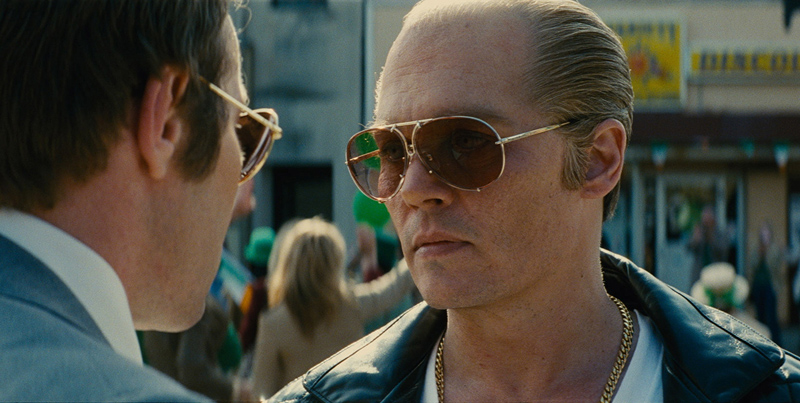 Once upon a time, Johnny Depp was cool, but it’s become a little difficult to remember why. It was the ‘90s perhaps, and he charmed us with his fedora hats, eyeliner and bohemian scarves. He was our scissor-handed, lovelorn freak, our Don Juan and our drug-addled Hunter S. Thompson.

But then he signed some kind of life-binding blood pact with neo-goth burnout Tim Burton & the Pirates of the Caribbean mafia, while managing to do tons of terrible shite on the side like Secret Window and Mortdecai—lest we forget his portrayal of Tonto. He even divorced gap-toothed French siren Vanessa Paradis for Amber Heard of Drive Angry 3D fame.

Black Mass, directed by Scott Cooper (Crazy Heart), is being touted as Depp’s return to form, as he takes on the role of legendary South Boston gangster James “Whitey” Bulger, currently serving two consecutive life terms in a US jail for being a terrible guy who killed tons of people.

Bulger was the mob kingpin of a Boston Irish crew called the Winter Hill Gang from the ‘70s to the early ‘90s. For years, he served as what some have called an informant for the FBI, but others (namely filmmaker Joe Berlinger in his great documentary Whitey) argue that he was just paying them off to get away with doing all kinds of bad things, while feeding them some, but very little, info on his mafioso rivals.

Based on the book written by Boston Globe reporters Dick Lehr and Gerard O’Neill, the film follows the evolution of the corrupt relationship between Bulger and the FBI agent he colluded with, John Connolly (Joel Edgerton).  Bulger is already a known gangster when the film begins, with little allusion to how or why he got there. The story is told through the narration of two Winter Hill henchmen who later testified against their boss, Kevin Weeks (Jesse Plemons) and Steve Flemmi (Rory Cochrane).

While it skims over Bulger’s ascent to becoming one of America’s Most Wanted, the movie makes an even more botched attempt at humanizing him. Cooper lazily throws in Dakota Johnson as Bulger’s wife who is seemingly only there to cry when their son dies and then is never seen again. Benedict Cumberbatch is also greatly underused as the gangster’s brother, former US senator William Bulger. Lord knows I’m a die-hard Cumberbitch for life, but his South Boston accent makes him sound like a snake with a speech impediment. Also, Adam Scott trying to look like a serious FBI man in an oversized suit and fake mustache made me solo LOL.

And then there’s Depp, with his thinning, slicked-back silver hair, rotten tooth, weirdly crisp skin and eery blue eyes. Unfortunately, perhaps because of the cartoon-ish characters he’s played in the last years, his portrayal of Bulger comes off as strangely caricatural, like a loony vampire criminal that could have been a villain in the Twilight franchise. It’s hard to take him seriously with that ridiculous get-up and perhaps the role of one of America’s most dangerous criminals would have been played more convincingly by, well, anyone but Depp. Perhaps an older dude from Boston with white hair, for example… just thinking outside the box. Or Mark Wahlberg.

While Bulger’s violence-ridden story definitely could have made for a great film, this is far from it. For a movie with a lot of pow pow and white men banging on desks, it definitely lacks a whole lot of punch and could have used a little, well, Martin Scorsese. It’s not terrible, but I’d recommend watching the Berlinger doc instead. As for Depp’s so-called comeback, at least he can still pull off eyeliner and fedora hats. ■