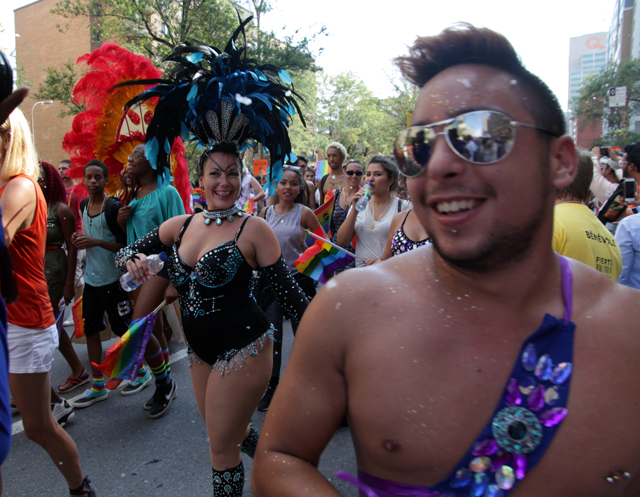 The Pride Parade in full swing. Photos by Lisa Sproull

Montrealers turned out in the tens of thousands despite the scorching heat for yesterday’s annual Pride Parade, the climax of the week-long Fierté Montreal Pride festival.

All the major federal party leaders participated — except for Prime Minister Stephen Harper, to no one’s surprise — along with Montreal Mayor Denis Coderre, celebrities of the scene such as Mado, LGBT community and cultural groups and loads of people in costume celebrating how far this civil rights movement has come.