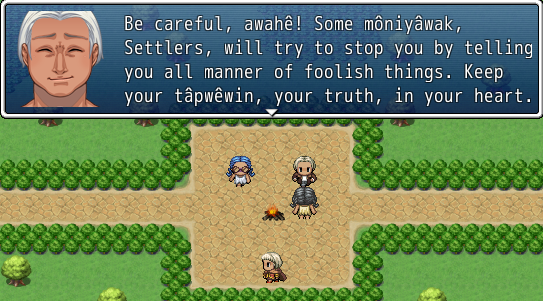 The annual video game showcase known as Prince of Arcade is on hiatus. In its place, for this year and hopefully more to come, will be Princess of Arcade, which offers the same Mount Royal Game Society-branded get-together experience. The games on display, on the other hand, will be quite different.

“We wanted to keep with the history of the event, but to make it new and for people who usually don’t feel comfortable going to these events,” says Cole. “We’re reaching out to gender advocacy groups and social justice groups to show the different kinds of work that are being done in the medium of video games.

“The first thing we decided was we were only going to feature creators who are traditionally underrepresented in video game spaces. That boils down to everyone but straight white cis-dudes creators, just for this one event. We’re going to have a space for women, people of colour, trans-folk and non-binary folk and we’re going to show these experiences that usually don’t get expressed in video games.”

By shining a light on these creators, the hope is that new, poignant and expressive stories will be told and shared with a greater audience. For example, one of the 15 games, …&maybetheywontkillyou, is about being poor and black in America. Another, Idle No More: Blockade, is about an oil pipeline being built on Cree land. In Nicki Homaj, the protagonist fights against mansplaining, while Cunt Touch This is a touchpad colouring book starring its anatomical namesake. So while Prince of Arcade was always a welcoming space, with its first batch of games Princess of Arcade is positioning itself as a fresh alternative.

“There’s a traditional idea of what gaming is about, but it doesn’t have to be that way,” Cole says, adding that there will be a LARP and cootie catchers as well, dispelling the notion that Princess of Arcade will be video gaming-exclusive. About half of the games are from Montreal-based creators, but organizers searched beyond the city for inspiring works.

In a few years, Kyran Cole hopes the Mount Royal Game Society will drop the monarchy altogether and instead go with a title like “Comrade of Arcade.” Until then, Princess of Arcade will reign uncontested, and will hopefully turn a few heads in the local gaming scene.

“If you’re not familiar with alternative gaming, there’s a whole giant world of games being made by people you might not have been exposed to,” says Cole. ■