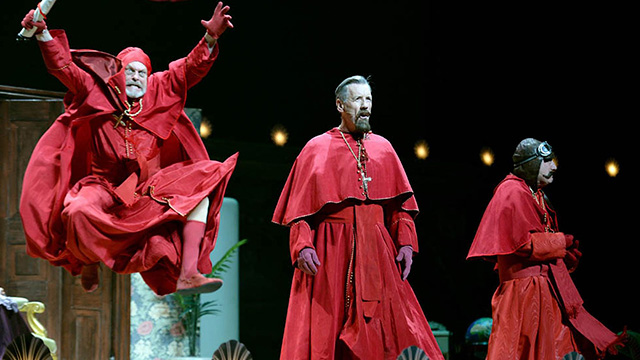 Monty Python: The Meaning of Live

If you’re feeling quite sad that your amazing JFL weekend of Fassbender live-reads and Louis CK surprise shows is almost over, then why not top it off with a wee bit of comedy nostalgia at Fantasia?

In July 2014, the surviving members of legendary comedy group Monty Python reunited for a 10-show run at the gigantic O2 arena, shows that sold out in a matter of minutes. In Monty Python: The Meaning of Live, filmmakers Roger Graef and James Rogan take you behind the scenes as they follow Eric Idle, John Cleese, Michael Palin, Terry Gilliam and Terry Jones (Graham Chapman died in 1989) before, during and after their big reunion.

While their run of shows garnered mixed reviews, this documentary will also evoke mixed emotions. If you have no clue who these old gents are, this is not a film for you. It’s quite obviously made for diehard fans who don’t have to be convinced of the hilarity behind the Dead Parrot sketch or the Spam sketch. The film is also surprisingly dry of any type of sentimentality. The old comedians are quite honest in the reason behind their reunion: paying off an old lawsuit. When they speak about each other, even the nice comments seem laced with sarcastic undertones, and only Palin and Cleese appear to share some sincere affinity for each other. It’s still quite an amusing trip down memory lane with great archival footage included, but for a film about one of the funniest comedy troupes that ever lived, you’d kinda expect it to be a little bit…funnier. (Roxane Hudon) 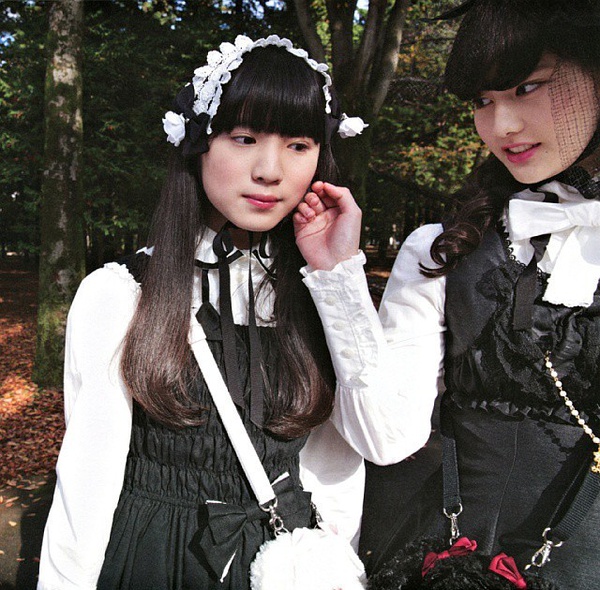 This isn’t the first time Fantasia has introduced us to the concept of idols and popularity in the new media sphere. I recall Ingtoogi: The Battle of Internet Trolls being a touching drama/comedy that addressed Mukbangs, Internet stars (often young women) that garner clicks by eating in front of a webcam. Japan’s the nexus of this kind of thing, and if they didn’t invent Internet celebrity, they certainly surpassed everyone else in that department.

Wonderful World End follows Shiori (Ai Hashimoto) a 17-year-old aspiring actress who blogcasts herself rather than going to school. She’s a minor celebrity in the virtual world, particularly in the Gothic Lolita community, but she can’t get the breakthrough she’s been dreaming of. Enter Ayumi (Jun Aonami), an extremely shy 13-year-old who avidly reads every single blog entry and stream made by Shiori. The first time they meet, Ayumi can’t blurt out more than two sentences before running away. Having fled her house, she eventually ends up at Shiori’s place, where they share a small apartement with Shiori’s egocentric boyfriend. Tensions gradually run high among the trio and it will lead to a questionable relationship between the two young ladies.

Partly shot through the lens of a cell phone camera, Wonderful World End gives us an interesting point of view into the universe of the idols. Being a flavour of the week and completely disposable, Shiori begins to envy Ayumi’s youth and innocence, resulting in many uncomfortable interactions between the two. Dry humour and cynicism make this film more than enjoyable. It might not be as introspective as advertised, but it’s fun to get a peek into the daily lives of young Japanese girls (myself being none of those three things).

Wonderful World End is voyeuristic and I couldn’t help but feel like a creep as I watched it, but I figure that’s the point. If you want to feel the same, why not indulge? (Emmanuel Delacour) 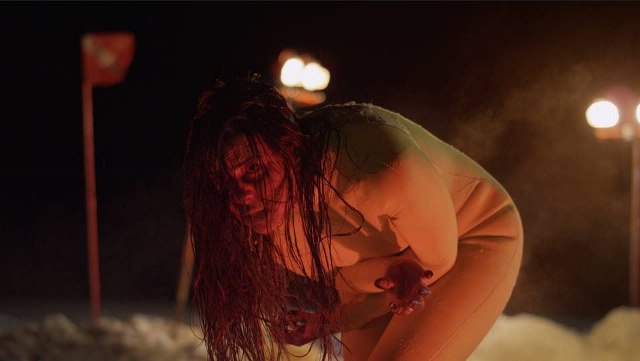 When I studied at Concordia back in the prehistoric year of 2007, one of our very earliest film assignments was to make a short without sound. The limitation was a practical and financial one — we were learning how to shoot film with a type of film that did not allow for synchronized sound, so any and all sound that we wanted to accompany the film had to be played externally at the screening. A few students were perceptive enough to make things that essentially doubled as music videos, but most of us just made movies that should have had sound and dutifully ignored the need for sound, which doesn’t exactly translate as making the best of a limited situation.

It’s interesting that director Douglas Schulze has decided to impose the same limitations on his film The Dark Below, a revenge thriller that plays out without any dialogue (there’s some sync sound, but mostly music). Schulze (a B-movie veteran whose previous work consists chiefly of horror films featuring genre stalwarts like John Saxon, David Carradine and Dee Wallace) ostensibly isn’t faced with the same academic limitations, but the positives and negatives remain more or less the same.

The film opens with a man (David GB Brown) beating and drugging a woman (Lauren Shafer). He dresses her in a wetsuit, outfits her with an oxygen tank and drags her paralyzed body out to a frozen lake, where he drops her in a hole into the icy water. Trapped under the ice, Lauren struggles to survive while flashbacks slowly reveal what led her there.

As a formal exercise, The Dark Below works. Its languid pace (exacerbated and sometimes pushed to the breaking point by extreme slow-motion) and drop-by-drop narrative construction keeps the viewer on their toes throughout; without offering explicit answers, Schulze gives us plenty to question. Unfortunately, the film reveals itself to be fairly banal and the story not particularly exciting or unpredictable. It’s formally impressive, but its form winds up superseding everything else about it. If you remove the limitations, I’m not sure that The Dark Below would be a story worth telling. (Alex Rose)