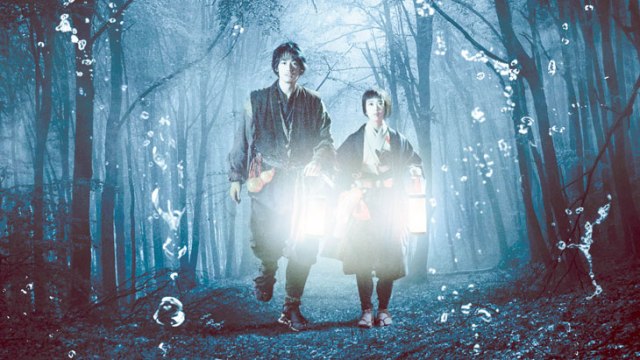 Fantasia has kept up the tradition of slowly dropping screening announcements on social media in the weeks preceding the fest, but the official unveiling of the full Fantasia schedule happened this morning. Here are the highlights:

After Guardians of the Galaxy last year, Fantasia unveils another Marvel production, Peyton Reed’s Ant-Man, starring Paul Rudd. It’s opening in theatres on the July 17, so I wouldn’t fret too much if you can’t land tickets — these sneak previews tend to be incredibly popular but often happen within a week of the film’s release.

Another example of this is Dark Places, the Gillian Flynn adaptation starring Charlize Theron and Nicholas Hoult (coming to theatres Aug. 7). Getting a little boost of attention these days is Cop Car, the indie thriller about two boys who steal a car from a small-town sheriff (Kevin Bacon) who will go to great lengths to retrieve it. And Bacon will be in town to present the film. (Incidentally, director Jon Watts was recently tapped to direct the most recent Spider-Man reboot.)

Opening the fest is Miss Hokusai, a feature-length animation feature from prolific Japanese film studio Production I.G., while the closing film is the live-action adaptation of Attack on Titan, based on the hugely popular franchise that encompasses video games, mangas and an anime series. Japanese director Sion Sono is no stranger to Fantasia — almost all of his films now make appearances at the fest, but this year, no less than THREE Sono films are premiering: Love & Peace and Tag are both making their North American premieres in town, while the manga adaptation Shinjuku Swan is rolling out for as part of the festival’s crop of international premieres. Ken Ochiai’s Uzumasa Limelight won the Cheval Noir award at last year’s fest, and now the director will be in town to present the World Premiere of his latest, Ninja the Monster.

Ringo Lam was once Hong Kong’s most popular and critically acclaimed directors (you’ll recall a certain Quentin Tarantino “borrowing” heavily from his 1987 film City on Fire for Reservoir Dogs), but he hasn’t directed a feature since the 2003 Van Damme vehicle In Hell. His new film Wild City promises that trademark grit and high-octane action in spades. Takeshi Kitano’s last few films have been hard-edged yakuza dramas, but he returns to his more comedic side with Ryuzo and the Seven Henchmen, in which he co-stars with Tatsuya Fuji (In the Realm of the Senses, Empire of Passion). The prolific Mamoru Oshii (Ghost in the Shell) brings the revenge drama Nowhere Girl to this year’s fest, while Sunji Iwai (All About Lily Chou-Chou) makes a rare foray into animation with The Case of Hana and Alice, a prequel to his 2004 film Hana & Alice.

Making its international premiere at Fantasia, Hostile has generated buzz not only for its director (Nathan Ambrosioni is only 14 years old!) but also its premise, which sees a woman who’s terrified of her adopted daughters reach out to a television host. The Spanish police procedural Marshland (directed by Alberto Rodriguez) won 10 Goya awards last year, including best actor for lead Javier Gutierrez. Sonny Mallhi made his name as a producer with films like The Strangers and the Oldboy remake (as well as much less Fantasia-friendly films like the romantic drama The Lake House, starring Sandra Bullock and Keanu Reeves) — he makes his directorial debut with the supernatural Anguish.

Buzz has also been somewhat deafening for the local production Turbo Kid, a loving pastiche of ’80s post-apocalyptic action that was born out of Fantasia’s Frontières International Co-Production Market. Turbo Kid premiered at Sundance to rave reviews and is finally going to be seen in Montreal. 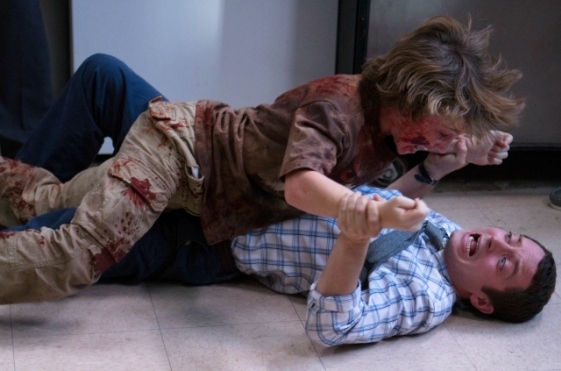 Goodnight Mommy screened at both TIFF and Venice last year, earning positive notices (and comparisons to Dogtooth!) for its unnerving atmosphere. Slightly less unnerving but equally celebrated at TIFF was The Editor, the latest effort from Canadian filmmaking collective Astron-6 (Manborg, Father’s Day), which pastiches classic Italian giallo flicks. The horror comedy Cooties is another festival hit screening at Fantasia — it stars Elijah Wood, Alison Pill and Rainn Wilson as teachers who must fend off children afflicted with cooties who begin showing zombie-like behaviour. The classic Battle Royale spearheaded a whole subgenre of films dubbed School Mayhem Films in which students wail on bad guys (or each other); the genre is represented this year by the oddball sci-fi actioner Assassination Classroom, directed by Eiichiro Hasumi (Oppai Volleyball).

I always have a soft spot for Fantasia’s retrospective and re-release programming. This year, it includes Kinji Fukusaku’s genre-defining yakuza classic Battles Without Honor & Humanity, the stone-cold classic Z-grade film Manos: The Hands of Fate, the bizarre government-porn sex comedy Scandale (directed by local filmmaker George Mihalka, who will present a brand-new digital restoration of the film), the much-buzzed Roar (a film set on a nature preserve that saw much of, if not most of, the cast and crew attacked by its cast of lions, tigers and cheetahs), Philip Ridley’s dark Prairies classic The Reflecting Skin (starring Viggo Mortensen), a psychedelic stop-motion Japanese version of the Nutcracker (in 3D, of course) and another ShawScope bit of kung-fu insanity in the form of Buddha’s Palm (following last year’s absolutely insane Demon of the Lute).

As always, Fantasia also encompasses a smattering of events that go beyond film screenings. These include a live performance of Larry Fessenden and Glenn McQuaid’s radio show Tales From Beyond the Pale, starring a yet-to-be-announced cast of special guest stars; the evening in hommage to Ugandan DIY studio Wakaliwood, including a screening of their gonzo action classic Who Killed Captain Alex?; the launch of the most recent Spectacular Optical publication on the effects of Satanic panic in media; the launch of Recovering 1940’s Horror: Traces of a Lost Decade, an anthology edited by Mario deGiglio-Bellemare, Kristopher Woofter and Charles Elbé accompanied by a screening of the 1944 film Bluebeard; Simon Laperrière’s Nanarophilie: Éloge du médiocre launch, which accompanies the aforementioned Manos: The Hands of Fate screening, and plenty more.

With 135 features spread over three weeks (not to mention the copious shorts programs), there’s way too much Fantasia for me to properly sum up at this time. I haven’t even seen the 135 trailers that accompany the films (that’s tomorrow at the SAT, 7 p,m,) nor have I gotten my hands on the program. My Fantasia favourites are often movies that I truly had no inkling about in advance, so watch Cult MTL between July 14 and Aug. 4 for daily coverage of the festival’s films and events. ■