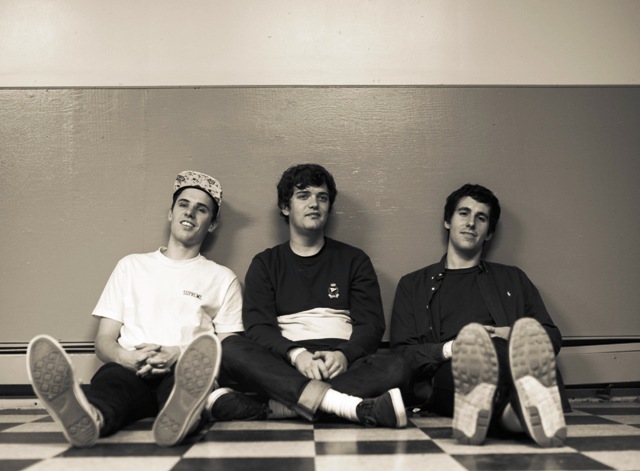 BadBadNotGood bass thumper Chester Hansen makes it pretty plain that for his band, working with Ghostface Killah has been something to fuck with.

“It’s surreal that we did this project, and the fact that we have this music recorded with Ghostface Killah,” says Hansen. “That we get to play with him live is insane.”

The project is Sour Soul, the TO-rooted trio’s long-bubbling collab with the Wu-Tang Clan’s most consistent monk.

Just over three years back, when BadBadNotGood were a brand-brand new, sudden and imposing force, Hansen and I spoke about the strange evolution in the nature of the music business. At that time, he and his bandmates had already begun to distinguish exhilarations from expectations. A certain level-headedness prevailed in our individual conversations.

Hansen, keyboardist Matthew Tavares and drummer Alex Sowinski then averaged an age of 20, and were fresh off backing Frank Ocean at Coachella 2012. In the midst of the madness, they already had a secret to keep, and they kept it tight. It involved analogue tape on reel-to-reel, a fabled NYC soul studio, and an acknowledged God MC whose identity would remain unknown to me for at least another year. But they were excited.

“(Toronto hip hop producer) Frank Dukes called us down to record with him at Dunham studios, where the Manhattan Street Band records,” Hansen says. “(Dukes) is now a close friend of ours, but at the time he was a producer from Toronto that we had done a couple of sessions with. He’s been making beats for years and years and he’s the reason we linked up with Ghostface, because he had a previous relationship with him.”

“At the time,” he continues, “(Dukes) was kinda getting more into working with synths and recording live instruments, and getting all this old analogue recording stuff happening.

“It was kind of a milestone in our musical development,” Hansen says. “We were really excited about the way that we recorded, because we had never done anything like that. Being in that studio and surrounded by so many amazing instruments, and where so many amazing records have come out of, we were really inspired. We actually ended up opening our own studio with Frank Dukes in the year following that, in Toronto, that we now share.”

“Over the past two and a half years, we’ve totally changed some of the beats, added stuff, re-recorded entire songs. Ghost has redone verses. And we got all the features, obviously. So, there were a whole lot of steps to the whole crazy evolution of the album.”

And in the era of the midnight mixtape drop, where eleventh hour edits are the norm, that means something to the music . The longevity of Tony Starks times the emergent energy of BBNG, divided by two inch tape, equals precise execution.

“You need to have that performance tight. Whatever you lay down, that’s gonna be the song. (With tape) you can’t really edit a note out or change a part that you don’t really like. It’s like a live show, almost.”

And so it shall become this Saturday, when BadBadNotGood and Ghostface Killah fill the Metropolis with the live aroma of Sour Soul at the Jazz Festival. Hansen, as sincere an individual as I can hope to speak with, is…well…jazzed…breaking down the show in terms that oughtta have live music fans and rap fans,  Wu fans and BBNG fans alike, signing the deed.

“(Ghost) has so much energy, and I think that playing with us is kinda different than what he’s been doing the last while. So he gets really into it. We do a whole bunch of different stuff that he doesn’t usually perform, older tracks and random interludes, and like, songs that he grew up on. It’s just a whole big mix of different things and it’s a lot of fun.”

“It’s been a real challenge for us to play the show because it’s so different from what we do on our own,” Hansen admits. “But it’s been going really well, and I’d say that each one has really been better than the last.”

And will spectators Saturday get a taste of BBNG on their own?

“Some shows, when it makes sense for us to go out and warm up a crowd, we’ll do a few of our own songs, which on paper sounds like it would be really strange because it’s totally different than any of (Ghostface Killah’s) music,” Hansen reasons.

I have every reason to believe it. Look here for event details, but if you needed any other reason to go, Chicago spitckicker Mick Jenkins opens, and MusicIsMySanctuary.com celebrates an eighth birthday with daddy Lexis and host Boogat from 11:30 p.m. onwards, free.

Here’s what the rest of the week looks like.

And while BBNG meet the Ironman at Metropolis, it bears mentioning that a sold-out Corona plays host to Death Grips. If this reaches even one person who has the means to make miracles happen for themselves, it will have been worth my plugging it. My first DG show at Lambi a few years back will forever rank in my Top 15 shows of all time, somewhere near the 10 mark. To all ticket holders, but especially the first-timers: enjoy that shit for me. 2490 Notre Dame W., 8 p.m., $25 (sold out)

Wednesday: As Under Pressure gets set to commemorate 20 years of block partying next month, July’s Beaux Dégâts helps pop a nozzle off it at Foufs. 87 Ste-Catherine E., 8 p.m. -1 a.m., $5