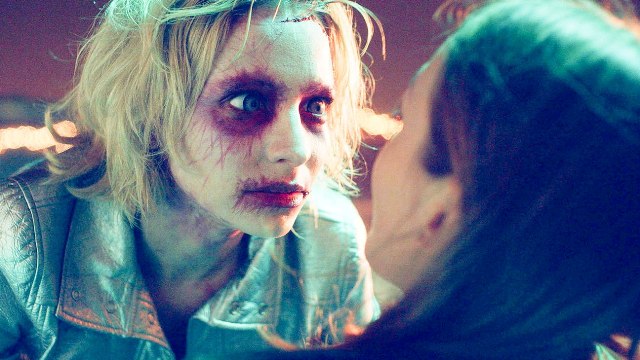 Director-cum-musician Jordan Galland’s third feature Ava’s Possessions sounded like a brilliant idea on paper, as it intended to explore what happens to someone AFTER he or she has undergone an exorcism. But Galland’s take on the possession genre comes off as something Lena Dunham could have co-written with the intention of making sure 20-something industrial loft-dwellers with a flair for the dramatic and SMS language could relate to.

The film opens with Ava (Louisa Krause) being exorcised on a bed that looks like it’s in the middle of a warehouse. But no, it’s Ava’s industrial loft. Ava is some kind of A&R scout who works for an agency and represents a somewhat edgy band on the cusp of maybe breaking out. As she tries to piece back her life, her family dodges questions regarding the exorcism or event that may have resulted in the blood stains she discovered under her living room carpet. Her sassy cocktail-sipping friends – vaguely reminiscent of Sex and the City characters – reveal that she was behaving [in their own words] “like a mega bitch and a slut.” To top it all off, she learns that she has assaulted a few men.

In the wake of these events, her lawyer friend (Dan Fogler – whose performance reminds one of Paul Spence’s comic interpretation of literary agent Brett Jones in Who Is KK Downey?) reveals she either faces jail time or the possibility to join a group treatment program called Spirit Possession Anonymous. It’s all downhill from there. Headed by a beefed-up handlebar-mustachioed lug named Tony (Wass Stevens), the group members work together to free themselves from their demons once and for all. Meanwhile, Ava uncovers some eerie truths and starts dabbling in the occult with a fellow SPA member.

Thanks to cinematographer Adrian Correia (Color Me Obsessed: A Film About the Replacements), the framing, composition, lighting and color treatment are perhaps the most redeeming aspect of Ava’s Possessions, alongside Sean Lennon’s soundtrack. (Ralph Elawani) 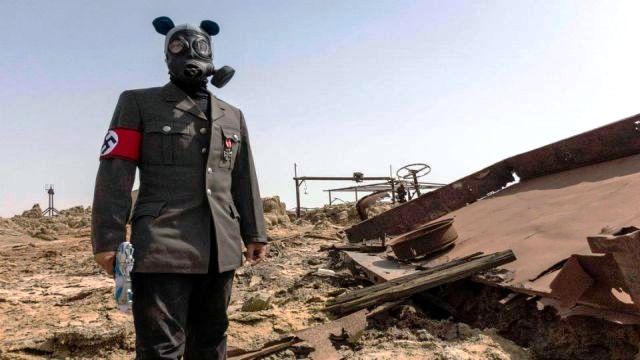 Hollywood has long been imagining what the world would look like if there were an apocalypse. We’d all be sporting choppy, dirty haircuts, navigating desert lands and fighting off some kind of super-monkey-human hybrids for the little bit of water left.

Spanish director Miguel Llanso imagines quite a different reality with his refreshing feature debut Crumbs, an odd and pleasantly surprising film set in the lush and varied landscapes of Ethiopia. It revolves around the love story between a physically malformed man named Candy (Daniel Tadesse) and his beautiful Birdy (Selam Tesfaye), a couple who live in an abandoned bowling alley.

Candy heads on a quest to discover what’s happening with ab old spaceship that floats in the sky, leaving a trail of antique relics behind him that various men with Nazi armbands or strange masks pick up to sell at a bizarre pawnshop. By antique relics, I mean a Teenage Mutant Ninja Turtle “amulet” and a Michael Jackson vinyl, of course. Meanwhile, Birdy stays behind to pray to gods like Justin Bieber and talk to Santa Claus through a bowling ball dispenser.

What the fuck, you say? At only 68 minutes, this film is as short and sweet as it is unpredictable and darkly funny. If you’ve seen enough remakes, sequels or re-imaginations this summer, this is the type of movie that proves you don’t need to spend a trillion dollars or make a three-hour CGI-fest to create something beautiful and unique. Some people still have new ideas floating about in those big bulbs of ours — what a surprise! This is the film I’ve been waiting to see at Fantasia and you should get to it, too. (Roxane Hudon) 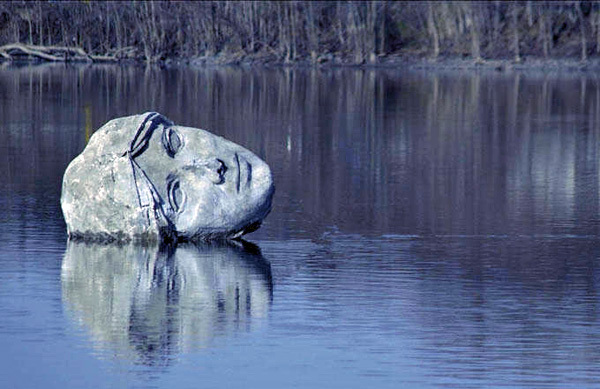 I feel like Fantasia’s Camera Lucida section can be the most hit-and-miss of them all. It’s unfortunate that sometimes the dreamlike movies featured are a bit too on-the-nose. There’s something irritating about a movie where you can’t help but hear the director’s work screaming “ask me what it means!”, so it’s really nice when that overzealous attitude is avoided.

H. is the story of two Helens, borrowing some part of its theme from the Greek myth of Helen of Troy. The two leads live in Troy, New York, and both have difficult relationships with their partner.

The first one (Robin Bartlett) is a middle-aged lady with a peculiar hobby. She takes care of a “reborn” dolls, lifelike plastic babies, which monopolizes most of her time, to the quiet grief of her partner Roy (Julian Gamble). The second Helen (Rebecca Dayan) is a conceptual artist who works with her boyfriend Alex (Will Janowitz). To their own admission, their craft is difficult, and the creative process “violent,” as they often argue. The fact that Alex cheated on Helen while she was pregnant does not alleviate the situation. Their lives will take a paranormal road as an enigmatic meteorite crashes outside of town and brings forth strange phenomena. The laws of physics are defied, people start behaving strangely and hallucinations abound.

The myth of Helen of Troy is about a woman who makes a decision (not always fully consensual in some versions) that brings destruction to those close to her. That’s pretty much all the analysis you will need. H. is not really about asking questions concerning the state of relationships; rather, it’s a beautiful orchestration of their destruction. Knowing this, one shouldn’t attempt to explain what’s happening on-screen, but instead sit down and enjoy the ride. Some of the symbolism might feel a bit hokey (Google “equine role-play,” if you dare), but the rest is pretty mild and avoids the unfortunate attitude some directors have, as mentioned above. Knowing this, we’re left with a gorgeous movie that brings us creepy moments and the feeling that we’re witnessing the end of the world while off our tits on Prozac.

H. doesn’t have to be a “difficult” film if you experience it like a trip down a river. Sometimes punctuated with intense moment of paranoia, often melancholic, it’s an elegant piece on losing control of your life. (Emmanuel Delacour) 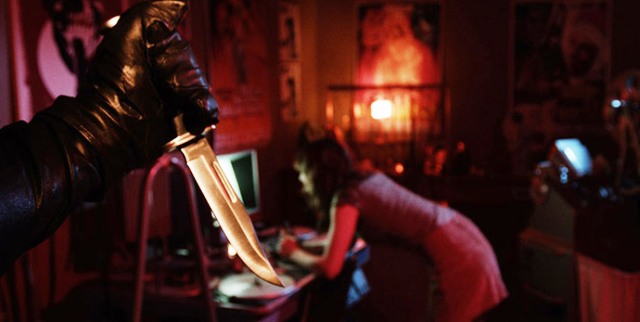 One of the ripple effects of the grindhouse revival of the last 10 years is that it’s led to a fundamental and widespread misunderstanding of exactly what constitutes a grindhouse film. (Whatever you may think of Robert Rodriguez’s Machete and its sequel, it has very little to do with actual Z-grade films of the ’70s and everything to do with ’90s action films and James Bond.) This has led to a slew of irony-challenged “homages” to grindhouse films that feel more like homages to the film Grindhouse.

The filmmaking crew of Astron-6 works in the very opposite way; they make deeply detailed genre pastiches that may not register to someone unfamiliar with the genre as even being parodic or winking. The Editor is their lovingly detailed pastiche of giallo films, that impressionistic and fairly ridiculous Italian genre of horror films prevalent in the ’70s — to put it bluntly, this is some fairly deep nerd shit, and that kind of deep nerd shit is extremely my shit.

Rey Ciso (Adam Brooks, the film’s co-director) was once an acclaimed editor working on the best Italian films, getting acclaim from all sides and marrying a beautiful starlet (Paz de la Huerta). A gruesome accident leaves him a few fingers poorer and sends both his professional and personal life swirling down the train. He’s reduced to cutting together cheap horror films when the cast and crew involved in the films begin to turn up dead with three fingers missing — the same three fingers that Rey is missing. Detective Porfiry (Matthew Kennedy, the film’s other director) is assigned to the case and immediately suspects Rey (obviously).

The Editor takes jabs at the genre in both obvious (the approximate dubbing, the stiff line readings and wonky English dialogue) and less obvious ways (the leads’ resemblance to genre stalwarts like Franco Nero and Antonio Sabato, the recycling of garish ’70s clothing from scene to scene, the violent and physically impossible sex scenes). It’s pretty silly but never at the detriment of an overall tone — if the film sometimes dips into straight-up Naked Gun style shenanigans, it does so sparingly. If there’s anything that works against the film (besides its obsessive and rigorous commitment to accuracy and minute detail — only a negative to a segment of the population that will almost certainly not bother with The Editor anyway), it’s that it sometimes leans too hard on confusion as a mode of comedy. While it’s true that a lot of these movies can become borderline incomprehensible, it doesn’t translate quite as well to pastiche as some of the other elements. Other than that, The Editor is a blast. (Alex Rose)
The Editor screens at the J.A. de Sève Theatre (1400 de Maisonneuve W.) tonight, Friday, July 31, 11:55 p.m.