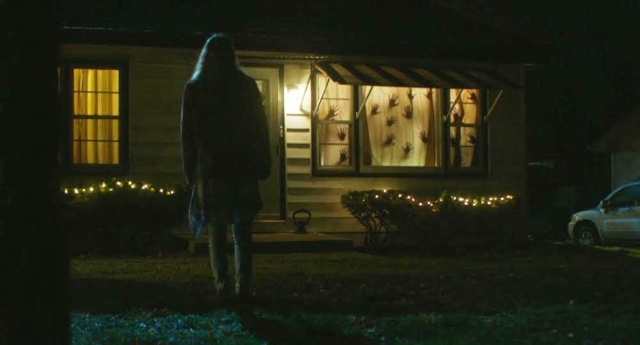 Sonny Mallhi, the producer behind such titles as The Strangers, the Oldboy remake and last year’s At the Devil’s Door, makes his directorial debut with Anguish, an impressive first film that’s part psychological drama and part possession thriller.

It opens with the violent accidental death of Lucy (Amberley Gridley) who walks out of a car, and literally right into another one. This is the first of many jumps that Mallhi will inflict on his audience thanks to sudden violence and very loud sound effects. The film then fast-forwards to another troubled teen named Tess (Ryan Simpkins), who moves to the small town where Lucy died with her mom Jessica (Annika Marks). Tess suffers from some kind of identity disorder that makes her depressed and causes hallucinations. Mallhi even includes text at the beginning to announce that this is based on “true events” and explains the nature of the disease and how many people suffer from it.

That’s where problems arise with this film. If this is meant to be a depiction of a crippling disease, it’s a weird way to go about it. What Mallhi creates is quite clearly a horror film; his use of sound to get a jolt out of you is spot-on. I was almost holding my neighbour’s hand. He also proves to be a talented director with gorgeous visuals peppered throughout. I just think it would have been a better film if it had chosen a side. Is she possessed? Or is it just her disease? Perhaps these are questions that Mallhi wanted to instill in his audience. Nevertheless, it’s still a compelling drama that lives up to its title. (Roxane Hudon) 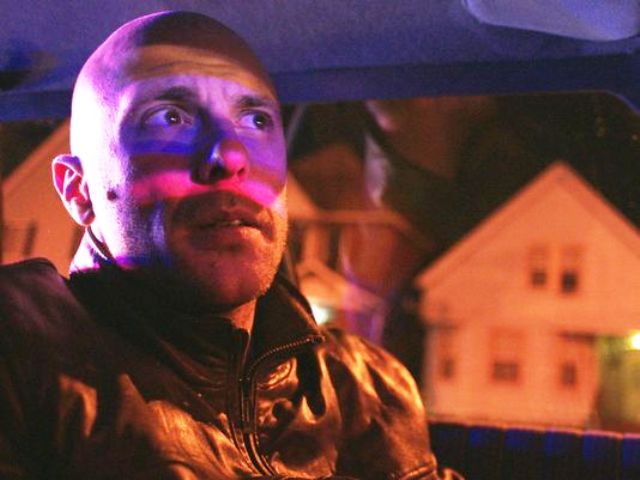 I’ve never understood the devotion that some people have to gangster movies. The stories they tell are almost always ones of rags-to-riches followed by an Icarus-like downfall. Not only has that trope been done to the death, but it’s never seemed as a desirable or glamorous lifestyle. Thankfully, Cash Only doesn’t go down that path.

Elvis (Nickola Shreli) lives alone with his daughter. His wife passed away in a accident a few years ago and he is now crippled with debt. Life is a daily hustle; to prevent his property from foreclosing, he must assume his landlord responsibilities and “get to work”. Being of Albanian origin and living amongst the Balkan diaspora of Detroit puts our hero at a dead-end. Petty crime, illegal gambling and violence are a daily occurrence in his world.

Paying his debts will force him to swim in troubled waters, and even though Elvis is street smart and knows how to fend for himself, he soon gets in too deep with the worst gangsters that this city has to offer. It’s going to get worse for Elvis and his daughter before it gets better.

Cash Only has no glamour. It never puts crime on a pedestal in any way — not because of some sort of ethical puritanism, but rather because it aims to show us a world as it truly is. Even when the protagonist is at his strongest, when his plans seem to come to fruition and he looks upon the wads of cash he has accumulated, we are reminded that he will never truly enjoy his bounty. All this hard work will only let him survive another day.

Shreli’s performance is raw, pure and unrelenting. Behind the calm coolness of his Eastern European demeanor hides a desperate man, ready to explode at the first mention of his failings. His character arc is really about the guilt that he feels towards his deceased wife and daughter and how he must try to overcome that feeling.

No one wants to be in this gangster’s shoes, yet his is the reality of thousand of immigrants who try to get a piece of the American dream. Kids may never wear Elvis’s face on over-sized t-shirts like Tony Montana’s, but it’s still a tale worth telling. (Emmanuel Delacour)