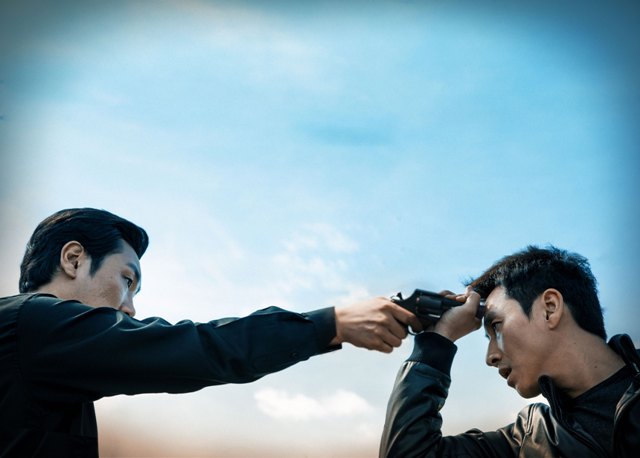 How many terrible things could happen to you in a single day? A Hard Day tries to surpass your imagination by inflicting incredible bad luck on its hero, providing us with high-octane chase scenes, intense action sequences and nail-biting moments.

Detective Ko Gun-soo (Lee Sun-kyun) is far from an honourable character. He’s a bribe-collecting, drunk-driving cop who shows up late to his own mother’s funeral. As he speeds to get to his office before Internal Affairs busts him for corruption, he accidentally runs over a man, killing him. In a moment of panic, he decides to hide the body in his car trunk and deal with this additional problem later on. Unfortunately for Gun-soo, the man he killed seems to be of a great interest to an anonymous man who blackmails him over the phone, while the detective’s colleagues try to solve the case of the hit-and-run.

What follows is a two-hour, edge-of-your-seat thriller where the main character has to generate problem-solving skills and creativity that would give MacGyver a run for his money.

Ko Gun-soo may not become a good person or even likable while he tries his best not to get caught, but it is impossible not to be amazed by his ability to weasel himself out of the worst situations. It’s also fascinating to see how many sticks director/writer Kim Seong-hun can throw in the spokes of the detective’s life. The neatly-constructed plot allows us to enjoy the plights of the protagonist as much as we love seeing him getting out of them.

With a string of twists and turnarounds, A Hard Day delivers what has grown to become expected from Korean thrillers by Fantasia audiences: a fast, entertaining story mixed with dashes of dark humour and cynicism, providing a healthy dose of fun. (Emmanuel Delacour)

Advertised as Norway’s first car chase flick, Hallvard Bræin’s directorial debut Børning gets some elements right, like the nice cars and the speed, but otherwise proves that perhaps Norway’s best sticking to the dreary and the droll and leaving the lightweight car action stuff to the pros… like Vin Diesel and Ludacris.

The film follows Roy (Anders Baasmo Christiansen), a mechanic and racer, as he’s challenged by his nemesis TT (Trond Halbo) to race the entire length of Norway. He hits a bump in the road, so to speak, when his estranged teenage daughter insists on tagging along.

While mildly entertaining, the film is heavily weighed down by an awkward father-daughter subplot that fails to evoke any sentiment. The characters are all so wildly underdeveloped, you’re left wondering why they even bothered to half-heartedly include some semblance of back-story. I know that ‘story’ is not something that really matters in films like these, but that’s because there are usually ridiculous special effects, cheesy sex scenes, some kind of villain played by a has-been action star and hilarious one-liners to make up for it. Here, you spend most of the film silently following the cast in their cars with the soundtrack mainly consisting of engines revving and, at one point, a loud burst of EDM.

There are light elements of comedy as well, but again, it’s not funny enough to make Børning anything else but slightly…boring. For a real thrill, you’re best waiting for the next tired installment of The Fast and the Furious. Maybe they’ll hologram Paul Walker’s head in space or something. (Roxane Hudon)
Børning is screening at the Hall Theatre (1455 de Maisonneuve W.) tonight, Monday, July 20, 7:40 p.m. 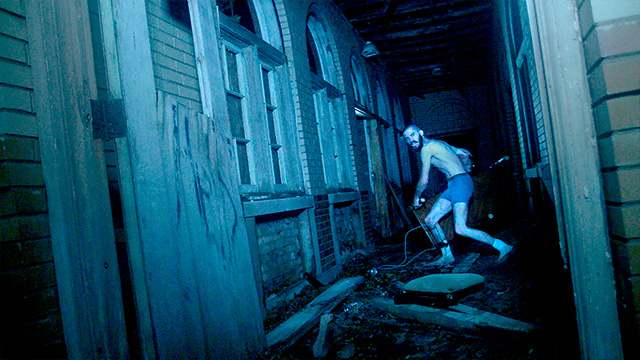 This zany flick begins with the introduction of a nameless protagonist (Kevin Cline) who’s having a terrible day. His mother informs him that his dog will have to be put down, he’s fired from his job as a butcher and the sandwich he ordered online gets misdelivered. Utterly pissed off, our hero uses his spare set of keys to rob his ex-boss of all the meat in his store. Later, after a mind-altering discussion with a local hobo, he decides to distribute his bounty to the denizens of the impoverished neighbourhoods of Chicago. Slowly, this modern-day Robin Hood goes through a mental transformation, triggered by the vast quantities of meat he consumed earlier. This effect, combined with his incapacity to adequately interact with the mostly African-American population of the area turns his night into a nightmare and his self into a furious beast of a man.

Funny, delirious, dark and just plain fun, Meathead Goes Hog Wild is a psychotronic trip that deserves to be watched over again. Some symbolism on the screen is there to be analyzed, but if you’re not into brain-picking, it’s subtle enough that it’s never in any way a hurdle to your watching pleasure. Kevin Cline (who also co-wrote the script and co-directed the movie) is hilarious and has the acting talent to make us enjoy seeing him suffer through his ordeal. While multiple events in the news these days may make us appreciate the tension between the protagonist and the residents of culturally diverse Chicago, perhaps the most valuable element to this film is its depiction of the frustration we all experience when things just won’t go our way.

Whatever reason you may find to enjoy Meathead Goes Hog Wild doesn’t really matter. If you’ve ever felt out of place, useless or angry, this film will provide much needed catharsis. (Emmanuel Delacour)