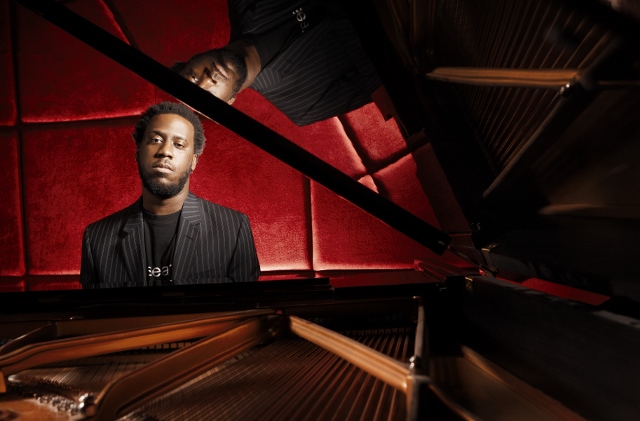 While most local jazz fans characterize the Montreal International Jazz Festival as a summer tourist trap that fluffs up its programming with pop, world and easy-listening acts, the truth is there is enough substance to nourish a jazz soul.

From June 26 to July 5, there will be some considerable jazz content. Although it includes old standbys like saxophonist Wayne Shorter, guitarist John Scofield and bassist Ron Carter, the program also features newbies like trumpeter Christian Scott and pianist Robert Glasper, and some exciting and worthwhile blues, gospel and African artists.

While most of the music will be happening in venues in and around the Place des Festivals, the most interesting series, for me, is the one at Upstairs Jazz Bar and Grill three metro stops west, as it features people like veteran pianist Harold Mabern (who’s played with some of the greats), and the aforementioned Scott, a creative new voice on the scene. Most jazz fans agree that intimate clubs are the best live music venues, so if you can afford it, check out that series.

There is adventurous jazz as well, with some tangential avant-garde-ists like trumpeter Dave Douglas, guitarist Nels Cline and pianist Vijay Iver. Trumpeter Enrico Rava can also be pretty interesting, especially with the fresh Italian talent he usually hires to play with him.

The local jazz scene is relatively well-represented. A key concert in this vein is the Jan Jarczyk tribute, which should raise awareness of the Polish-born Montreal pianist and composer who quietly passed away last year. Other locals include the perennial Oliver Jones, Vic Vogel, Lorraine Desmarais and Marianne Trudel, pianists all.

An international pianist of note is South African Abdullah Ibrahim who plays very deep soulful music that has all the ingredients jazz should have: blues, soul, chops and a unique style steeped in tradition.

As for guitarists, as usual there is a profuse bunch, from fusion star Al Di Meola, to the former wunderkind Stanley Jordan, the tasteful Kurt Rosenwinkel, the eclectic Bill Frisell and new kids on the block Julian Lage and Gilad Hekselman.

There are also some cool blues and gospel shows, both genres being integral to jazz. A personal favourite of mine is Montreal’s own Stephen Barry Band, playing in the Jazz d’ici series and celebrating their 40th year together with an album launch. The band plays blues of the subtle variety, propelled by the inimitable legato bass lines of the leader and the hip chord voicings of guitarist Andrew Cowan.

Also in a bluesy vein is Molly Johnson doing a Billie Holiday tribute and the meeting of blues gods Taj Mahal, John Mayall and James Cotton, not to mention Colin James, for fans of flashier blues. A B.B. King tribute will close the festival on July 5.

The roots content is augmented by the gospel strains of Naomi Shelton and the Gospel Queens in a double bill with Charles Bradley and his Extraordinaires. The closing concert with the Montreal Jubilation Gospel Choir will second that emotion with music rooted in African traditions that have inspired many a jazz artist. ■